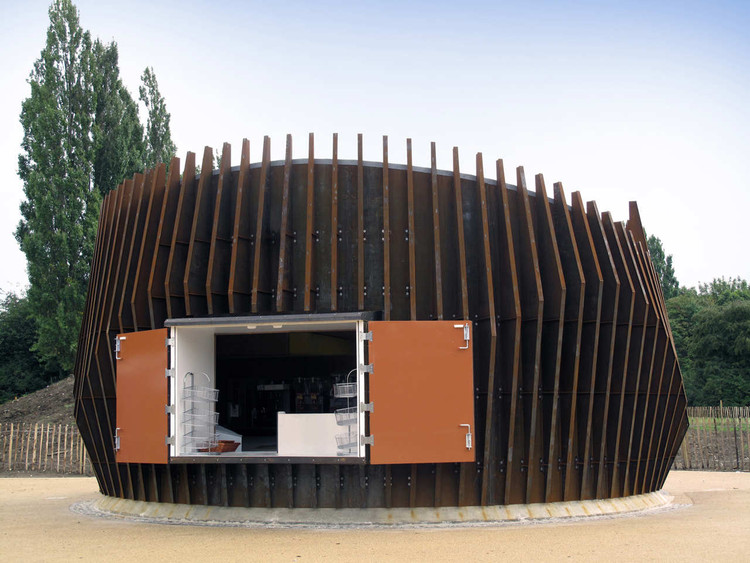 Text description provided by the architects. The pavilion (christened “The Nutshell Café”), consisting of a kiosk and disable WC / baby change, forms part of the regeneration of Central Park and the Sports Academy building currently under construction. Its sculptural design complements the sweeping forms of the surrounding landscape design, children’s play area and amphitheatre (by Grant Associates), as well as addressing the human scale and the unfolding of the pavilion as an event / hub along the boulevard.

The primary forms allow the accommodation to be arranged as a functional, secure entity. To break the mass, the tectonic screen of 92 no. fins wraps the forms, animating the sculptural profile as you move around it. A series of studies was carried out in optimising and generating the form and dynamics of the screen by using Rhino+Grasshopper in conjunction with key views around the structure. In developing the geometry of the screen, two sine curves are assigned to the fin geometry – one at a low frequency and the other at a high frequency. The spacing of the fins was also assigned a variable in order to optimise the density of the fins. By establishing these variables and parameters, one could control the economics in terms of material use, meeting planning legislation and public safety concerns whilst simultaneously being able to articulate the architectural aspects such as form, scale and appearance.

Weathering steel (cor-ten) is used externally to express the materiality of the pavilion: durable and vandal proof, its rust-like appearance of autumnal tones fits well with the park setting and honours the steel tradition of Scunthorpe. During manufacturing, the fins were guillotine cut and spot weld before being assembled on site. Internally, a WBP ply finish is used in contrast to the weathering steel, resulting in a more tactile and “softer” materiality and appearance. During operational hours, the kiosk hatch doors are opened in an inviting and bold manner.

An understanding of the properties of weathering steel as a material also prompted the design details to be considered carefully. A good example of this is the tapered concrete plinth, designed to incorporate the linear streaking caused by water run-off, resulting in a visual continuation of the weathering steel fins to the Natural Ground Level. 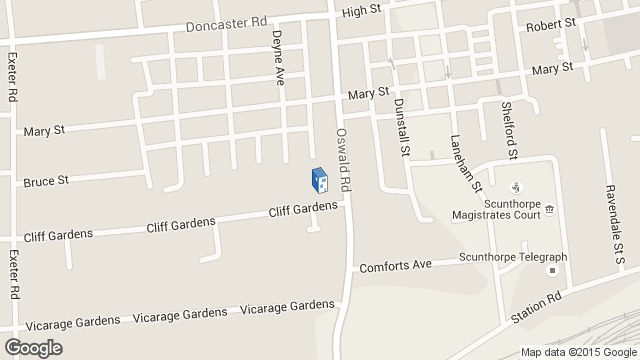 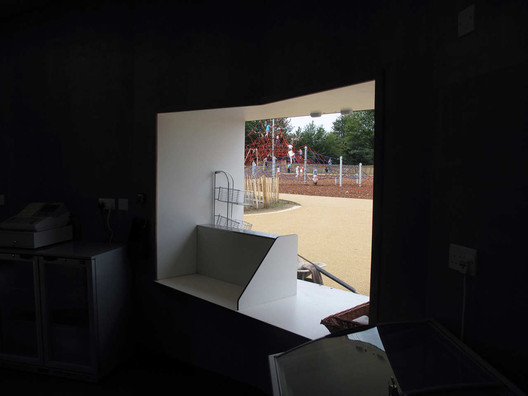 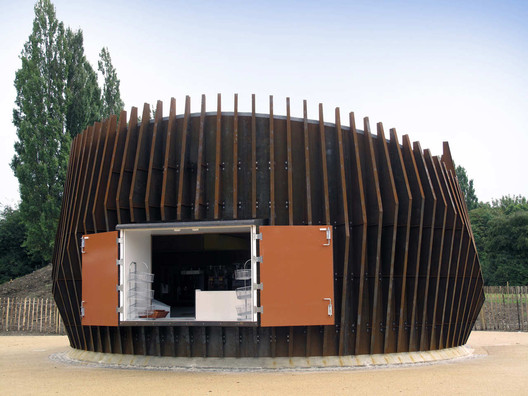