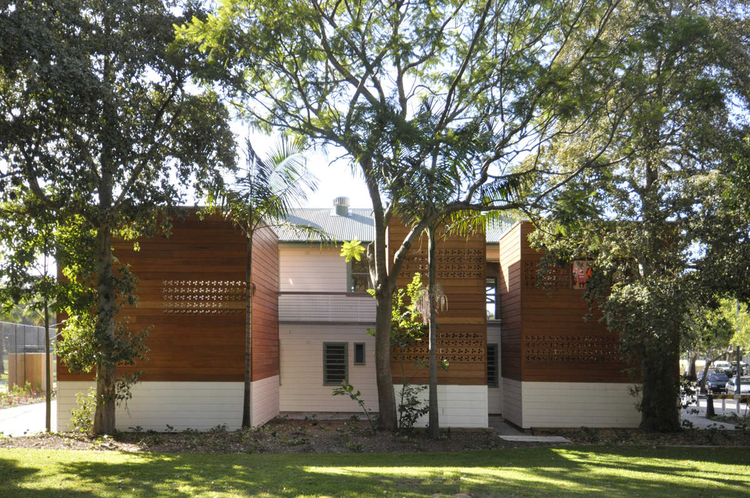 The refurbishment of the Reg Bartley Oval Grandstand at Rushcutters Bay in Sydney required restoration of the existing grandstand and the construction of new public amenities and ground staff facilities. The brief included demolition of three buildings that surrounded and attached to the grandstand, cutting it off from the street and parkland behind.

The ground floor of the three new buildings houses the male and female public toilets and a storage room. At high level, the timber façade into each of these rooms is perforated with a flower pattern allowing natural light and ventilation into these spaces, casting flower patterns around the rooms. The ground staff facilities on the top floor are also animated with perforations and views to the sky and trees through round skylights.