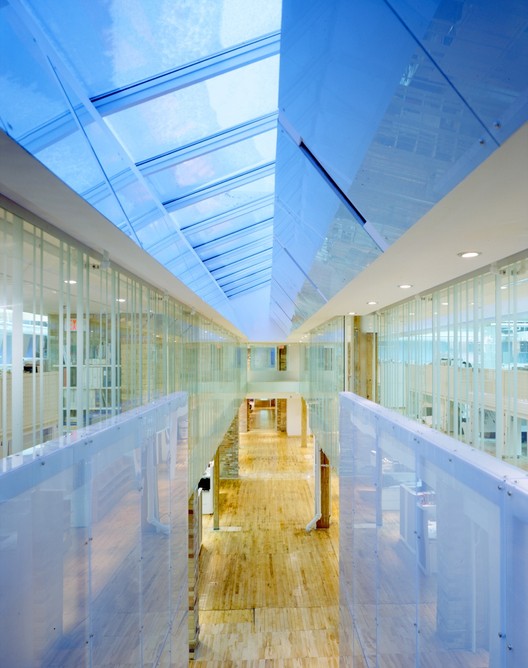 Text description provided by the architects. This design for a large media company brings several previously dispersed publications together in a consolidated location on Queen Street East in Toronto. The site is unusual in that it includes the third and fourth levels of adjoining 19th-century warehouse buildings. The introduction of a sky lit interior street unifies the space and the company identity, bringing together over 250 employees of 12 popular Canadian magazines (including Toronto Life and Saturday Night).

A linear street is created by cutting away the floor and inserting a skylight wrapped with patterned glass above. Its ends are marked by two steel and colored acrylic staircases, animated by the presence of a second-level bridge across the space and punctuated by felt signage partitions. A dramatic, axial view of the light-filled space greets visitors upon entering from the elevator.

The design allows each publication to retain its individual identity, while capturing the synergy of the whole. The double-height, sky lit hall unites the companies both socially and functionally. The tall, linear spine operates like a street address for the magazines. The pockets formed by the thick masonry party walls between the adjoining warehouse buildings are used to create an individual home for each magazine. The spine also acts as a unifying public space for all of the magazines. The group shares meeting rooms, reception, administration, a large staff lunchroom and outdoor deck overlooking the city. These new interventions form a sleek counterpoint to the raw exposed brick and wood of the original warehouses, reflecting both the contemporary vitality of the company and the longevity of these publications in the Canadian media. 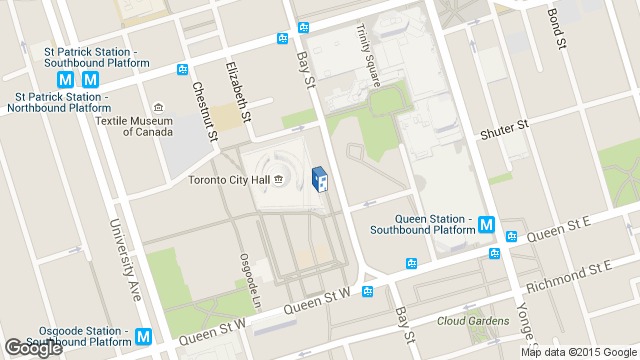