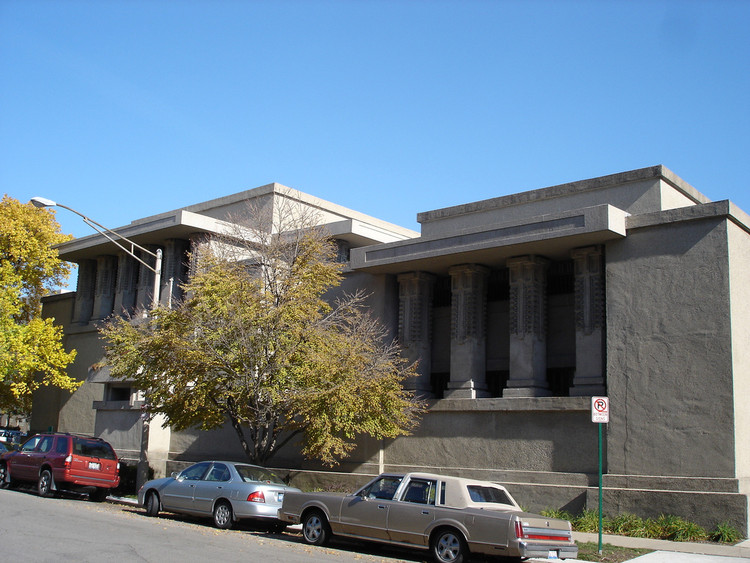 Text description provided by the architects. Before the Robie House, Fallingwater, and the Guggenheim, Frank Lloyd Wright’s career was just beginning to take off in Oak Park, Illinois. One of the most significant projects from his early career is Unity Temple near his home and studio in Oak Park. Completed in 1908, Unity Temple was a replacement church for Unitarian Universalist Church that had burned down in 1905.

The church is poised as an important work for the Modernist movement in the early 20th Century, but it was also the foundation from which the Prairie School would originate into Wright’s architectural language.

Unity Temple was not just an ordinary commission for Wright since he was a parishioner of the Unitarian Church in Oak Park.  For Wright, the church was meant to be a temple for man to worship god, which coincided with Wright’s decision to abandon the typical New England Unitarian, white steeple, architectural style for a more modern concrete aesthetic.

The concrete could easily be argued to be part of Wright’s abandonment of the stark white New England style as part of a simplification and removal of traditional religious paraphanelia as a way in which to place man at the heart of the temple.

However, in reality, the churches budget was relatively low for a project of this scale, approximately $40,000. Wright’s implementation of reinforced concrete was not only for its economic feasibility, but also for its flexibility in design while also creating a lasting presence on the site.

Located on a busy main street in Oak Park, Unity Temple sits as a heavy mass on the site. Because of the noise level from the street, the temple appears to be windowless save for a few clerestory windows placed in recessed parts of the facade. As with some of his later works, Unity Temple is designed as a bipartite building that locates the temple at the center of the building, which connects to a community center through a low level corridor. Even though, Wright tried to abandon the traditional values of the Unitarian Church, he still placed the temple at the heart of the building suggesting that even though the design of space can ultimately change, the values that are instilled in the space don’t have to.

Unlike the iconic buildings that Wright had designed later in the 20th Century, Unity Temple does not employ a low, horizontal profile, rather the space and volume was more important than the walls.

Throughout Wright’s architecture there is an interplay between light and dark, in the material, spatial configuration, and literal means of light. The exterior reads as heavy and opaque whereas the interior appears open and airy.  Inside the temple, the light seems to appear from nowhere flooding the space with light.

Since the windows were removed from street level, the parishioners have no view of the exterior or nature.  Wright’s response to this issue was to design stained glass that had hues of green, yellow, and brown to evoke the sense of nature within the interior.

Compared to the effects that the building creates, the temple is relatively small.  All of the seating within the temple is placed within 40 feet of the pulpit, which reinforces that sense of the community that Wright had developed as way for everyone to come together and worship.  Although, its actual size is considerably smaller than it appears, it is the light that pours in from the clerestory and skylights that open up the volume to appear as if it were much bigger than it actually is.

Throughout the building, more so the interior, every detail was designed by Wright himself.  The lighting fixtures, the tracery on the wall, stained glass, as well as the glass framing in the washrooms.  As with most of his buildings, Unity Temple is a holistic design where nothing has gone untouched or undersigned being completely rooted in Wright’s design principles.

Since 1971, Unity Temple has been considered a National Landmark that has been regarded as one of Wright’s greatest contributions to American culture.  As of 2009, it was placed on a list of most endangered historic places, which has led to an extensive restoration process to maintain the buildings original detailing while protecting it from current and future issues.

"Why not, then, build a temple, not to GOD in that way—more sentimental than sense—but build a temple to man, appropriate to his uses as a meeting place, in which to study man himself for his God's sake? A modern meeting-house and good-time place.” – Frank Lloyd Wright 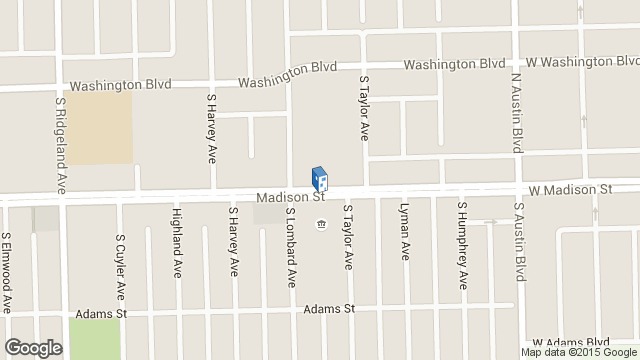