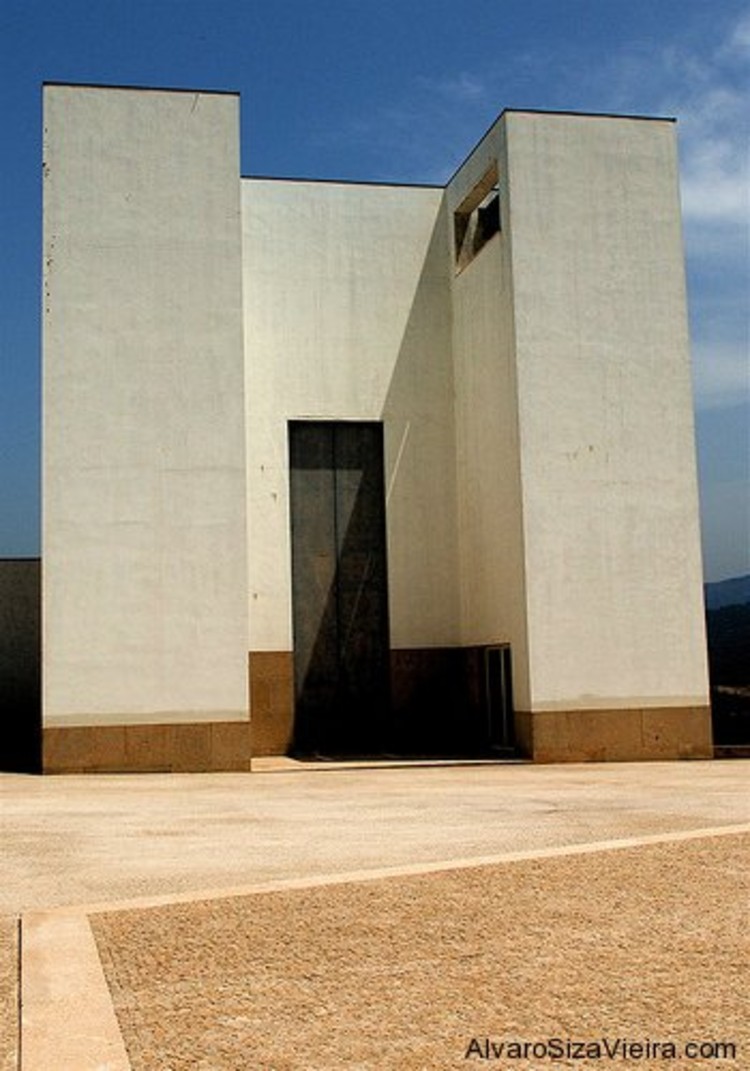 Text description provided by the architects. As is true with most old churches in Portugal, retaining walls, flights of stairs and large forecourts are designed around a building to help maintain it's distance from its surroundings. This general strategy is at play in Santa Maria Church in Marco de Canaveses, where Alvaro Siza makes use of the sloping site and lifting the building on a 4m high plateau.

Creating a small urban square, a major intention of both the Santa Maria Church in Marco de Canaveses and planned Parish Center were proposed as buildings that reflect the pre-existing scale of the neighborhood. The church forms an "acropolis" as it stands on its site with its back turned to the noisy road. To reach the raised platform of the church, visitors can use a ramp to the east or three broad flights of stairs from the west, with two major landings that relate to the layout of the streets in the city.

The priest's residence and rooms for the parish are guarded by a closed facade to the northeast and southeast and a gradually opening facade to the northwest and southwest. Measuring 17.5 x 17.5 square meters, the facade is divided into three sections, two of them projecting towers from the plane of the other. Two 10-m high steel doors mark the entrance along the fluctuating facade.

One of these projections contains a Baptistery that is clad in specialized locally made tiles that extend to the full height of the tower. This space is flooded by light which can also be viewed through a window in the tower. The two large glass panels of the other tower symbolize the "transparency" of the church, and act as an additional entry way.

To access the organ and bells, members enter through this lobby used primarily during the winter months. The chapel is a simple rectangle (16.5m wide x 16.5m high) with the main entrance to the South West and the nave and alter at the opposite end. 400 wooden chairs designed by Siza himself are interrupted by a 3m wide central aisle which leads to the alter of solid marble.

A shifted volume on the side of the nave contains additional space used for the altar, sacristy, registry and confessional spaces. The stairway and elevator connect these spaces to the chapel below. One of the key aspects of the architecture of Alvaro Siza is the buildings relationship with natural light.

In this specific example, natural light enters through three large openings that are cut into the ceiling level of the curving north-west wall. The low horizontal opening along the south-east wall beautifully frames the mountains that surround the site. By the altar are two large light shafts that admit light into the mortuary chapel that lies below.

Materiality is signature in Siza's work; the external walls are constructed of whitewashed reinforced concrete, the internal walls and ceilings of stucco, which is covered by tiles or marble where water runs. Wood, granite and marble comprise the floors, and the roof is created with zinc sheeting.

The program for Santa Maria Church is distributed amongst three two-story buildings, encompassing a church, mortuary chapel, auditorium, Sunday-school and house for the parish priest. 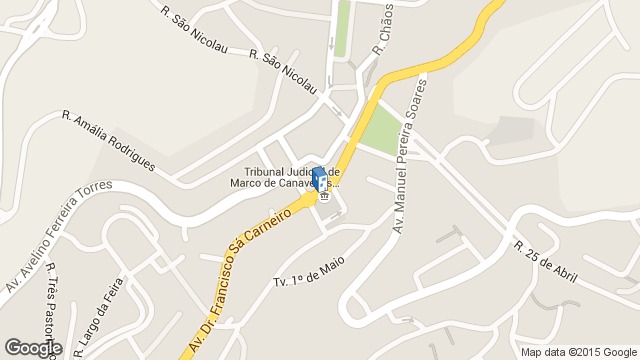