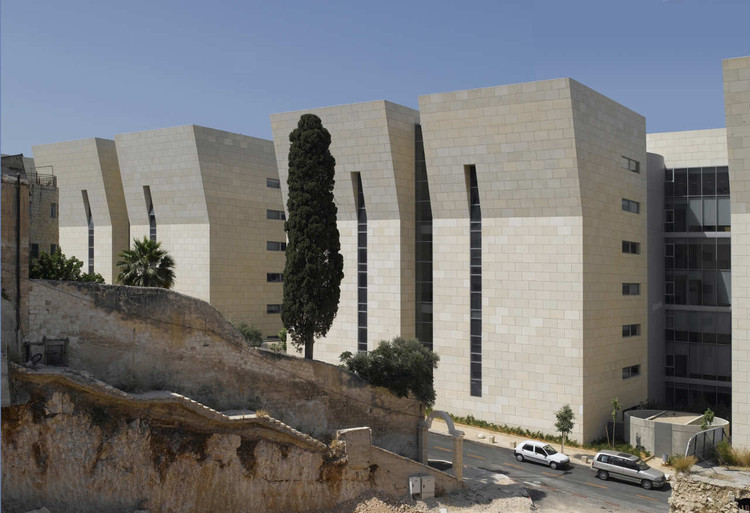 Text description provided by the architects. The Urban Context: Haifa is the main northern city of Israel, situated on the shore of the Mediterranean Sea, on the slops of Mount Carmel. The building site is located at Haifa’s downtown area, between two roads that define its boundary. The lower avenue serves as a main city thoroughfare, linking the city of Haifa to the northern part of Israel. The topographical situation is unique as the topographical soaring of Mount Carmel begins at the site’s longitude parallel. As a result, the building’s positioning is “double faced,” i.e., one side facing the mountain and the other facing the sea. The structure has two public entrances. The main entrance leads from the urban square in the west directly to the upper entrance level. The secondary entrance from the urban square on the eastern side of the structure leads to the lower entrance level. The building’s entrance square from the west is a meeting point of main urban pedestrian routes.

Description of the Structure: The main concept pertaining to the building’s functional plan is expressed in the systematic approach, which regards the structure as a “law factory.” The functional effectiveness surpasses considerations related to prestige or status. The building is composed of two blocs, with unique functional and spatial characteristics. The southwestern judicial wing, which is positioned along the length of the upper street, contains the courtrooms and judges’ chambers. The northeastern administration wing, which is positioned along the lower main avenue, features the administration of the various courthouses. The two wings demarcate a monumental entrance hall, which constitutes the bridging and connecting link between them. From the entrance hall one enters the general service activity area including the law library, a restaurant and the judges’ club. A sweeping and wide ceremonial stairway, designed in the entrance hall, leads to the main levels, and overpasses link the judicial and administrative wings on the various levels.

The Traffic inside the Building: The interior of the structure is designed as a covered urban system. The courthouse’s entrance space is the continuation of the external pedestrian street, which is defined by the office buildings and stores along its length. The space is designed as a covered street defined on its sides by the administrative and judicial wings. The public activities (the library and restaurant) face the main space, like the stores on the main road. The secondary roads and lanes lead perpendicularly from the main space to the judicial clusters and the administrative service areas. The traffic of the various groups in the building is based on the principle of separating the routes of the different groups of users: Judges, staff, detainees and visitors.

Natural Daylight: The penetration of daylight into all of the courtrooms and the adjacent judges’ chambers is a guiding principle in the choice of the architectural solution. This principle dictated the bloc-related split of the judicial wing into four “judicial clusters,” each of which contains six courtrooms. The main entrance hall is illuminated through an upper skylight. 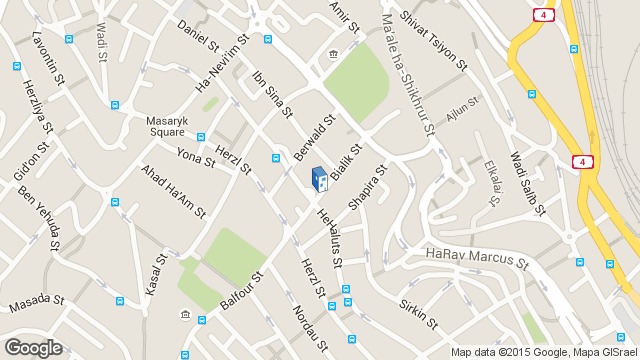