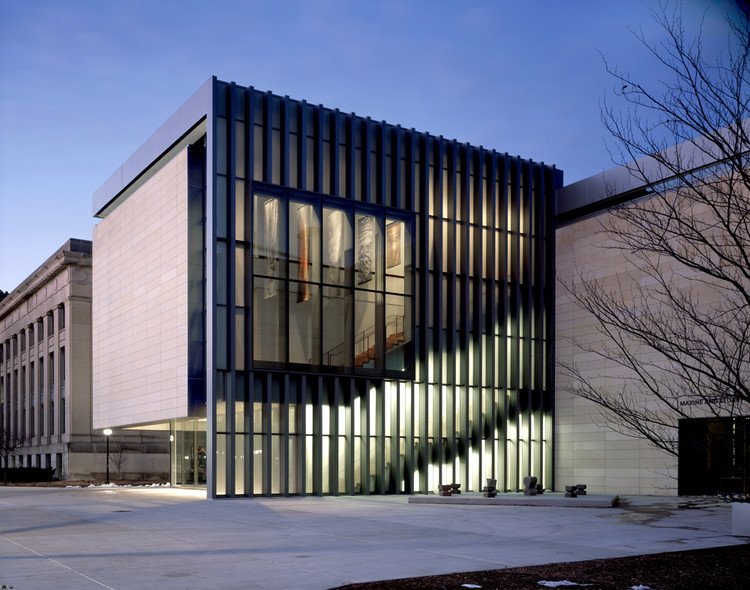 Text description provided by the architects. Allied Works Architecture was founded in 1994 by Brad Cloepfil and has grown to 50 employees with offices in New York City and Portland, Oregon. They have designed buildings for the arts, creative workspaces, residences, education buildings, and urban designs. Receiving numerous awards for their designs, including a National AIA Honor Award for the University of Michigan Museum of Art.  Allied Works Architecture were among the five finalists for the Musée National des Beaux Arts du Québec, check out their proposal here. In 2009 they were selected to design the National Music Center in Calgary.

We will be featuring a handful of designs by Allied Works Architecture over the next few weeks, and decided to start with their award winning University of Michigan Museum of Art located in Ann Arbor, Michigan. The building more than doubles the program and collection spaces of the original museum while restoring the Alumni Memorial Hall. The addition occupies one of the last buildable sites on the historic campus, completing the primary public facade of the university.

The powerful forces of history and movement forge the museum. Where the historic Alumni Hall is introverted, the new architecture is open and immediate. Thousands of students flow along the “diag,” the main circulation path through campus, moving by and through the galleries, classrooms, and cafes. Extending over the surrounding walks and lawn, the building is formed by three cantilevered walls of concrete and limestone. The pinwheeling arms of structure reach out to hold three distinct landscape rooms: to the south a new entry court adjacent to Alumni Hall, to the east a cloistered sculpture court facing Tappan Hall, and to the north an open court to the heart of campus. Shells of steel and glass mediate the space of the courtyards, filtering light into the galleries and circulation corridors. These veils of structure frame views to the landscape while animating the courtyards with activity from within. A three-story “vertical gallery” defines the heart of the building, a periscope of space that draws visitors into the galleries and unifies collection with unexpected prospects.

With two acts of building, one bounded and one transparent, the extension creates an infinite, spinning juxtaposition of spaces—enclosed and exposed, dark and light, introverted and connected to the surrounding city and university. The design for the new University of Michigan Museum of Art completely renovates the existing 1910 Alumni Memorial Hall and includes a 53,452 sf expansion wing that houses spaces for exhibition, education and interaction. The expansion is organized around three concrete cantilevers that form three gallery wings joined by a central atrium. One wing extends to engage the existing structure, one defines the street wall on the western edge of the original 40-acre campus and one reaches towards the ‘Diag’, the central identity space of the University.

The stone-clad, cantilevered wing walls resonate with the material palette of the original Alumni Memorial Hall and much of the University of Michigan campus. Each wing is bounded by a glass and aluminum structural curtain wall and skylight system that completes the enclosure and is engineered to provide optimum daylight levels in the galleries. Circulation and stairs are arranged along these translucent walls to allow for glimpses in and out of the building through a series of ‘lenses’ that face the exterior courts on each side.

The new building includes expanded galleries, classrooms, open storage areas, conservation labs, curatorial library, a café, and a 235-seat lecture hall. The placement of educational program elements throughout the new wing and existing building supports the Museum’s academic mission and commitment to a diverse community. As the first purpose-built facility for the visual arts at the University of Michigan, the expansion becomes a new gateway to the historic museum – an open and inviting space that orients students and visitors to the experience of the art within.

Allied Works collaborated with the museum to plan and design the exhibition furniture. The design bridges the modern aesthetic of the expansion with the historical vocabulary of Alumni Memorial Hall. The display furniture references the proportions and detailing of historic works from periods parallel to the museum’s art collection. The designs originated through careful study of early American, European and Asian furniture precedent. These varied craft traditions served as the inspiration for signature details, proportions and finishes that appear throughout all of the display types. The designs for the furniture were developed to support the interpretive and curatorial vision of the museum. While remaining distinct in their function and design, the furniture works to mediate between the architecture and the artwork, creating a clear, unified gallery experience. 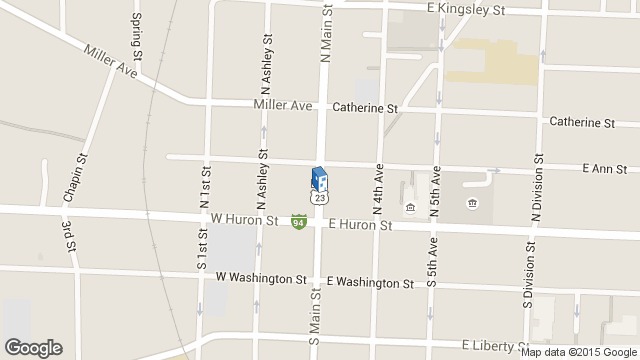 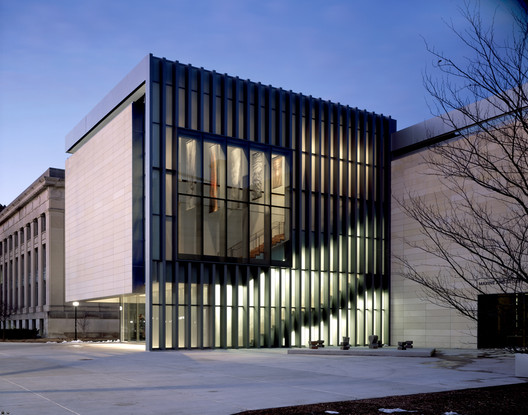 University of Michigan Museum of Art