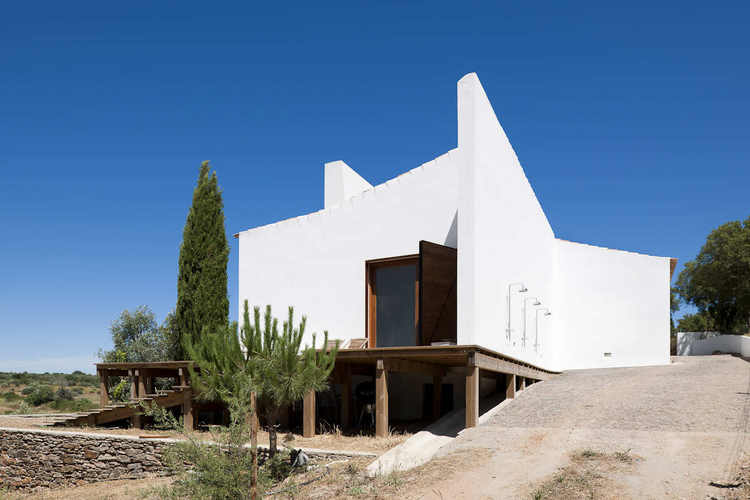 The floor was articulated on several landings, following the natural grades, and allowing a grand interior dimension on the living / kitchen area. The archetypal of “casa alentejana” is rebuilt with the actual comfort standards. The old kitchen and living gave space to two new bedrooms and a clear distinction between day and night in the house use.

The subtlety of the project is in the reuse of the kitchen and living chimneys, delicately transformed in skylights, with light and natural ventilation of the showers. The opening of vertical dark windows – doors makes a regular rhythm in the white plain of terrace façade.

The architectural language of the aligned and massive white chimneys was repeated in the new extension. It’s the rhythmic white contrast with the clay roof tiles, in a consequent attitude with vernacular Alentejo architecture that gives this house a formal coherence, natural to the pre-existing, to the nature of the land and simplicity, crudeness of the region. 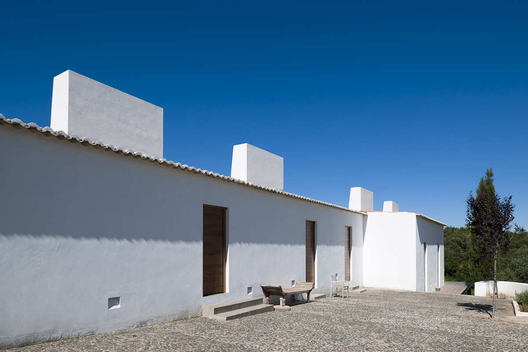