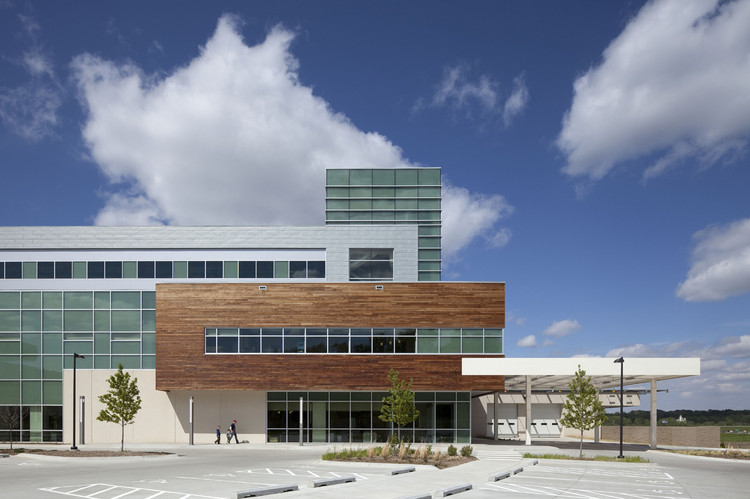 Text description provided by the architects. The style made famous by E. E. Roberts, Alfred Caldwell and Frank Lloyd Wright nearly a century ago was defined by a layering of horizontal planes inspired by the linear horizon of the native prairie landscape. It defined progressive design between 1893-1920.

Asked to design Bellevue Medical Center in the prairie style, HDR Architecture posed the question “what would Frank do today?” Surely he wouldn’t conform to a style that was progressive 100 years ago.

“Look to the plains P-L-A-I-N-S!” for inspiration someone said. The team did and found a dynamic world of landscape and vernacular images rich with texture, color and material. “Look to the planes P-L-A-N-E-S!” another person said. The team did and established a modern progressive discipline that was based on simple rectilinear forms. This modern assembly served as a kit of parts that helped establish a vocabulary which defined a language, allowing the team to create a holistic building that communicated from the inside out and the outside in. Common materials such as grasses, woods and metals travel from exterior to interior, creating a seamless progression from the prairie, to the building skin, to the interior environment.

The setting is the Nebraska Prairie. Surrounded by the community of Bellevue, the building speaks not only to the people of the region, but also caters to the roots of the prairie. Swaying grasses, aged trees and a strong horizon set the stage for a progressive building that begins the new prairie school of the plains.

Zinc panels and Ipe planks are just two of the materials taken from the kit of parts to create texture and screens for the exterior. Cast concrete relief proportions mimic the natural slate patterns seen on the interior of the building, carrying a strong design language throughout. 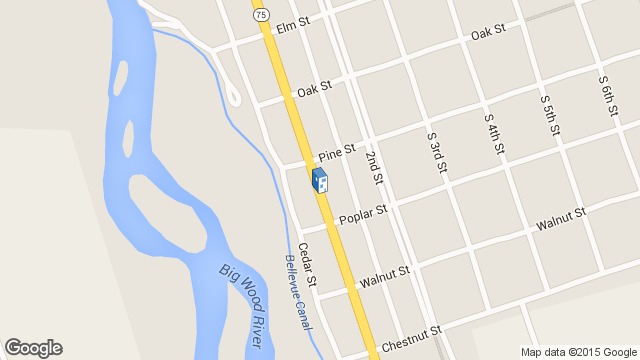 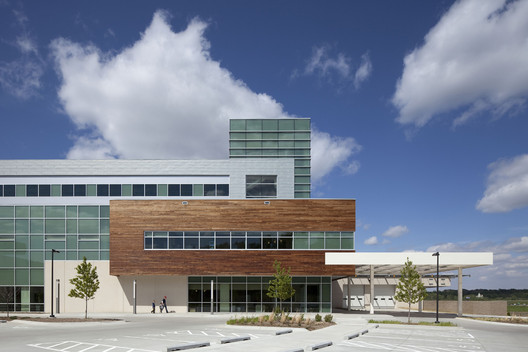