Save
House In Nursery / Wahana Architects 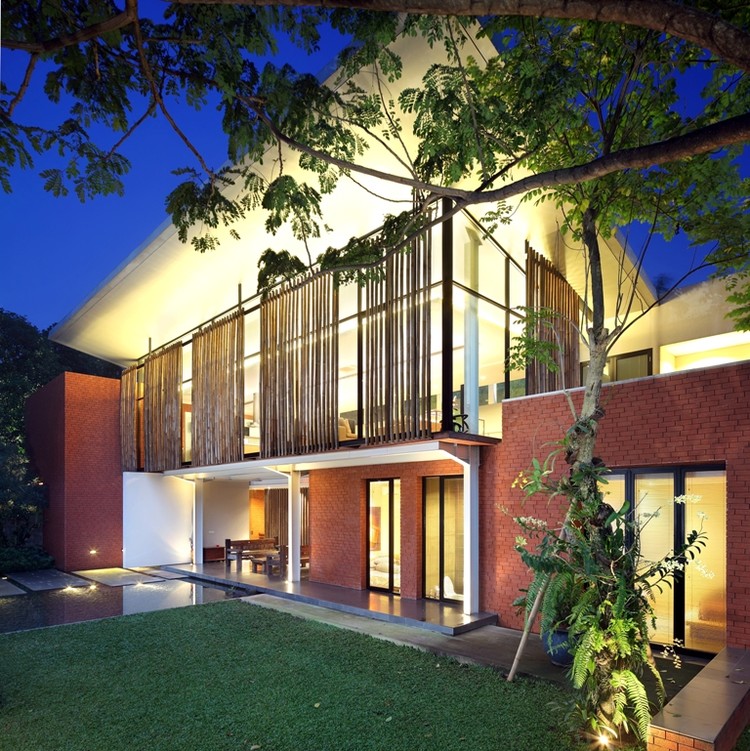 Text description provided by the architects. It’s one of our work as accumulation of thinking, exploration and architectural concepts contained in the works this time in a house living area of 300m2 in Ciputat built on an area of approximately 4000m2. Most of the land is contoured and relatively green. Owner wants “a simple house with resorts atmosphere" that’s not too big which the main building as a dwelling unit. It’s consists of:

We have realized that the existing has irregular land boundaries, contoured land, green elements which used to nursery (nursery), and natural residents view, are potentials of this existing, Then “ The integration between inside and outside (include landscape and environment)” became the main consideration of architect. Especially space for communal as a living room, dining area and workspace as favorite spaces for owner.

There are a nursery building on the lowest level contour of existing and above, there is a car parking near the gazebo as a reception area.

At the beginning, the architects wanted the building in the middle level is oriented to the lowest contour level, but the “leftover land” is not to be maximal design.

The imagination based on concept of orientation toward the lowest contour, then, the architect had idea to unite all existing site conditions on each side. "remaining land" that are "offending” is one of the potential that can be used as one of the orientation of view of space inside, in this case "leftover land" is a rapid garden with two trees is used as garden of workspace.

On this project, every big tree kept the way they were. The study room created by high elevation level of ceiling and window space. It aims to create a sense of scale of this space. Between park and working area there are water features and ponds, it makes the working room seem floating.

The condition of the surrounding environment can also be enjoyed from the upstairs balcony deck-related from the family room.

In this project, the open communal space is placed on the floor above, so the beautiful environment view can be fully utilized from this zone. Upper floor was designed as light and simple as possible detail by using steel and glass aluminum frames. And also designed buildings standing rested on the massive brick walls. The level of this communal space is same with entrance level.

In ground floor spaces are placed more private area such as master bedroom, guest bedroom, den and communal terrace. Directing the movement of circulation starting from entrance with a high level headed toward a low-level through the floating pathway towards the main door of the building, it give sense different each corner.

In reception there is the main door and communal terrace which is only separated by areas of plaster. From the communal terrace space, there was made transparent the main stairs into the building area with wooden lattices as divider. It aims to create no explicit boundary between outside and inside.

The material building adapted to environmental conditions and also using natural materials such as outlines of red brick, natural stone, bamboo (as a screen of upper floor), and the timber adapted to their environment. In form, this building displays the impression of building a simple balance with the environment and natural surroundings.

The landscape of buildings, the area between main building and nursery open pavilion with a pool put in and stepping contoured. And the field was created as a retaining wall entrance area with the front garden area of the building. And between the hall and the main building is placed a pool as a soft element with a corridor over the water, so they created opening attraction before entering the main building. In this foyer area at the tip of land can see the natural environmental view around it. With the activity in the foyer area and communal terrace space, it aims to create continuity between the relationship of spaces within buildings and outside space (landscape).

The building outline from the entrance, main building, a corridor as connector, the sequence-sequence can be seen in every corner of the eyes continuously with each other. Impression of space within a reoriented out, the release of the wall so as to create different sequences, the scale space is narrowed and then became a relief demanded there in humans to move dynamically in space. 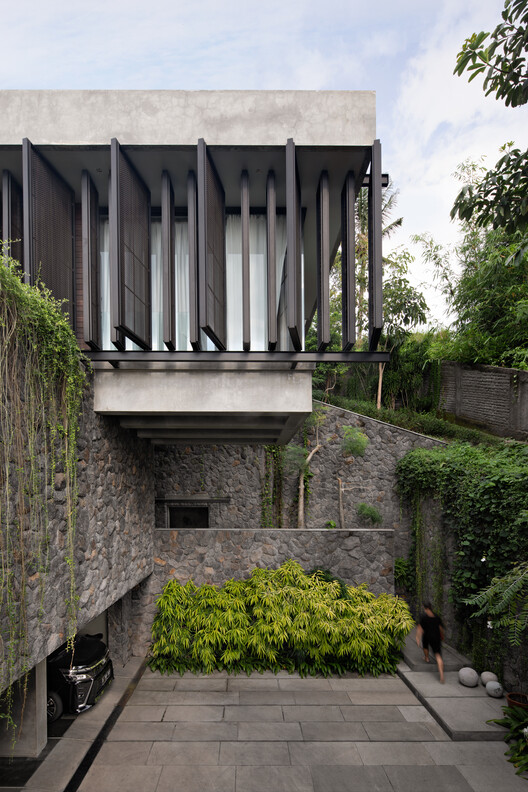