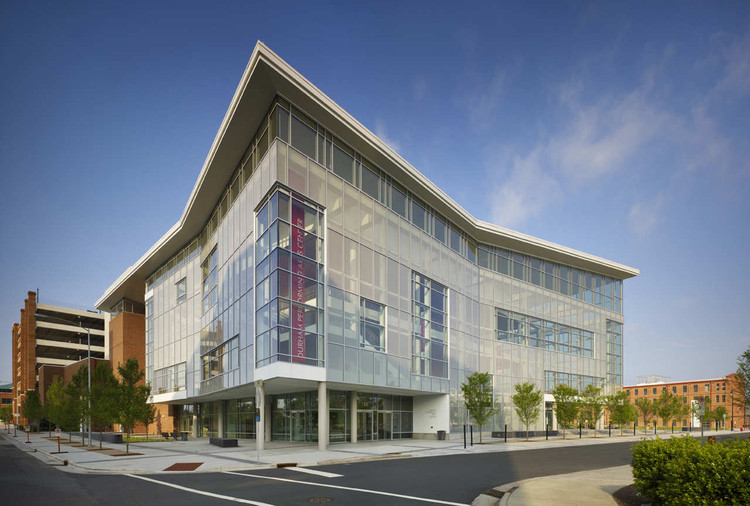 Text description provided by the architects. The Durham Performing Arts Center (DPAC) is a 103,000 gsf, 2,800-seat Broadway-style theater, co-developed and designed by Philip Szostak, FAIA, principal and founder of Szostak Design Inc. DPAC is the largest venue of its kind in the Carolinas and was built for a total project cost of $46 million, less than half the price of comparable venues elsewhere in the country. The theater was designed to accommodate touring theatrical companies, concerts, locally produced stage performances, and serves as the primary stage for the nationally celebrated American Dance Festival. The theater and adjacent urban park, including a light sculpture by world-renowned Spanish artist Jaume Plensa, has quickly become a catalyst for the revitalization of Durham’s central business district, spurring economic development and transforming the city’s image as a regional center for culture, the performing arts, and entertainment.

The project is the first phase of a comprehensive urban master plan that reclaims a former industrial brownfield site, bridges an imposing railroad right of way, and reconnects the newly burgeoning arts and entertainment district to the heart of downtown Durham. New projects stimulated by the presence of DPAC include an eighteen-story county courthouse, a six-story design center, an upscale boutique hotel, and a multi-story, mixed-use residential and office development. According to Durham Mayor William V. “Bill" Bell, DPAC was singularly responsible for “an economic impact of between $7-11 million annually to our community."

Hailed for its aesthetics, crisp acoustics, intimacy of seating, and excellent sightlines, DPAC is a skillful marriage of a simply composed, highly efficient performance space and a dramatic, multi-level glass-clad lobby. The house and its support areas are gracefully tucked within the urban context of their surrounding development. In contrast, the public lobby reaches out to the surrounding urban fabric and is energetically expressed on the theater’s three street frontages, accentuating vistas to the American Tobacco Historic campus and the Durham skyline. Recalling the delicate scrims routinely employed in theatrical productions, the three lobby facades are clad in a thinly drawn curtain wall that features a facile interplay of clear and fritted insulating glass. Two finely detailed staircases that wrap the building’s perimeter animate movement up and through the lobby.

DPAC has been the recipient of numerous awards including a 2004 Mid-Atlantic States Region AIA Merit Award, a 2009 North Carolina AIA Honor Award, a 2009 American Woodworking Institute Award of Excellence, and a 2009 Golden Leaf Award from the Durham Appearance Commission. The theater was the 2010 recipient of both the Independent Weekly's Best of Award for Live Theatre, and The Herald Sun Reader’s Choice Award for Best Entertainment Venue. It is currently listed in the top 50 in Pollstar magazine’s Top Worldwide Theater Venues.

These accolades aside, the most important contribution of DPAC to Durham has been the transformation of the city’s image. Once viewed as a gritty manufacturing town, Durham is becoming widely recognized as an important regional center for performing arts and culture. The New York Times recently named Durham one of the top 41 places to visit in 2011, due in large measure to the cultural renaissance prompted by DPAC’s success. Durham Mayor Bill Bell has praised the facility for its contributions to the vitality and economic health of the city, stating: "...we've had great performances, great shows and a great facility in terms of the way it looks, the way it feels and the employees that work there. The success is astounding.” Michael Schoenfeld, Duke University's VP for public affairs, calls DPAC "one of the most significant additions to the city in recent memory, enhancing the quality of life for everyone who lives in Durham and making Durham a destination for people who are interested in the arts and culture." 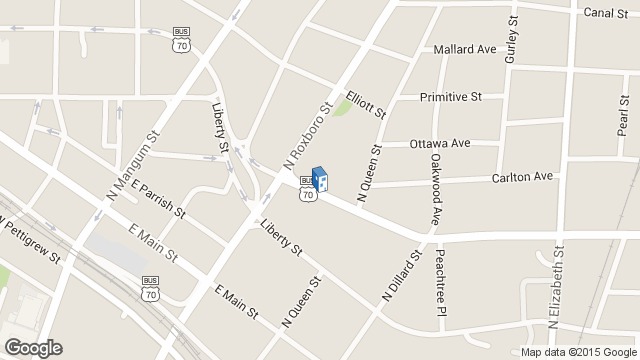 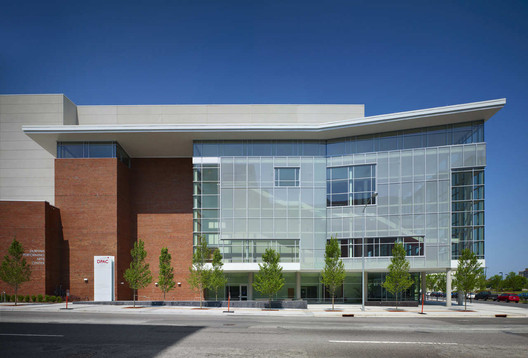