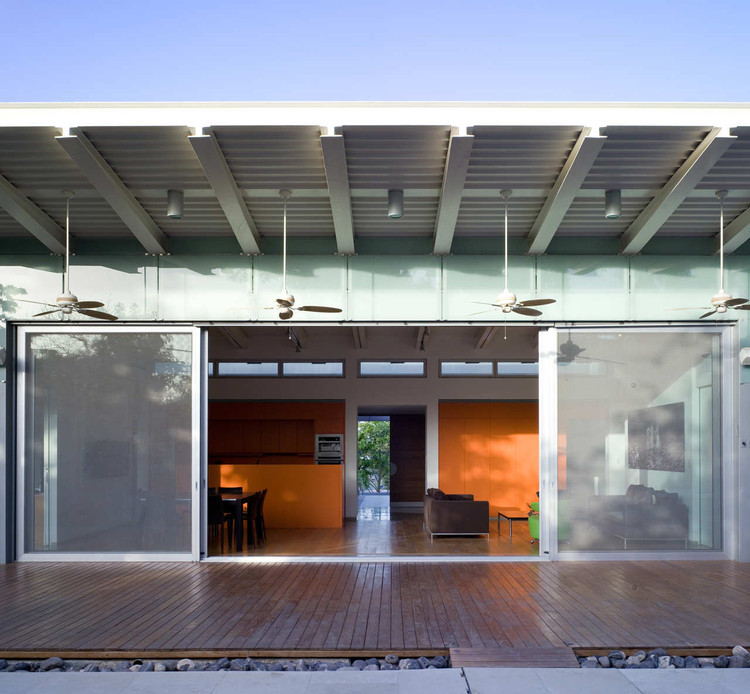 Text description provided by the architects. The house is situated on a typical suburban plot and is framed between two edge gables. The house is based on a contemporary study of the archetype the "gable house" which is widely spread in SA, Australia and other countries. This type is usually a single story house connected to the ground with two side gables and a central entrance with a thatched pitch roof. This house takes these "classic" elements and adapts them to our times.

The house's plan is a clean, crisp rectangular, raised above the street level and built in mixed technology. The two long side elevations are made from industrial steel elements and covered with frosted glass sheets. The two other elevations are made from exposed concrete and close the house as a box. The roof above, which is made of exposed metal construction, has a sloped angle butterfly roof. The slope of the roof continues beyond the building line, creating a shaded "veranda" space below which functions as a direct continuation of the internal spaces.

The house's plan is made of two rectangular forms that are connected to each other through a central spine system. The clients requested that the house will be single story so that the house will appear low to its surroundings and that all the family functions will be joined on one level.

Each rectangle houses different elements. The first faces east and holds all the "private functions" of the house i.e bedrooms, bathrooms, while the second faces west and holds the "public functions" such as the living room, dinning room kitchen study and family room.

The strip of "public areas" all opens up to a wide veranda overlooking the pool with a strong relationship between the inside and outside. The central spine intermediating between the two rectangular has a low flat roof allowing the locations of high windows into the adjoining rooms so that the eastern facing rooms will also receive west light in the afternoon and the western rooms will be able to east light in the morning.

This central space has green stone floor finish which flows into all the rooms and functions as a frame for a natural wood floor in the center of each room. The overall colors of the house are monochromatic which give a quite and somber setting. The orange of the kitchen stands out in its individuality. 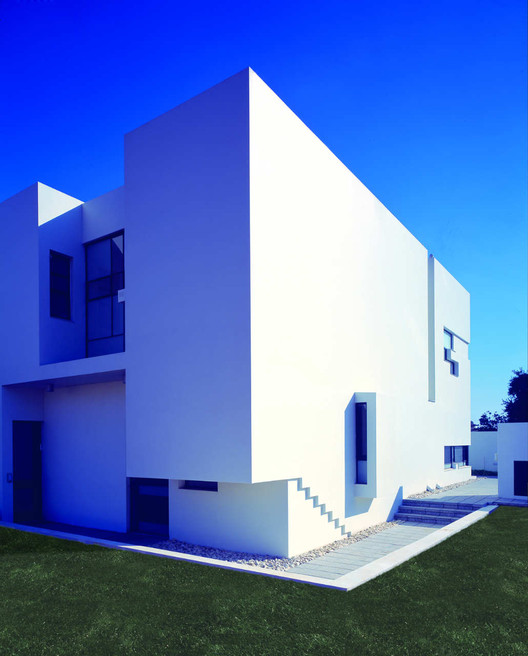 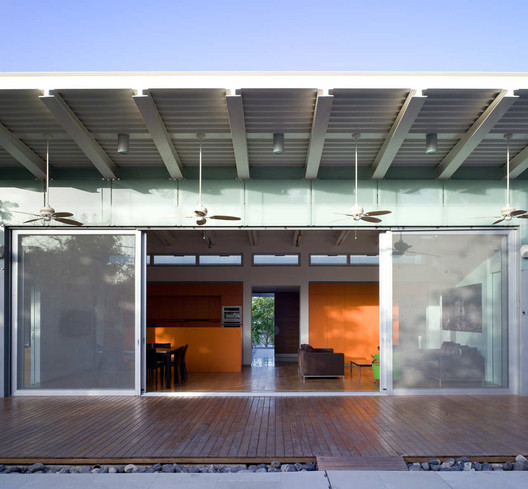