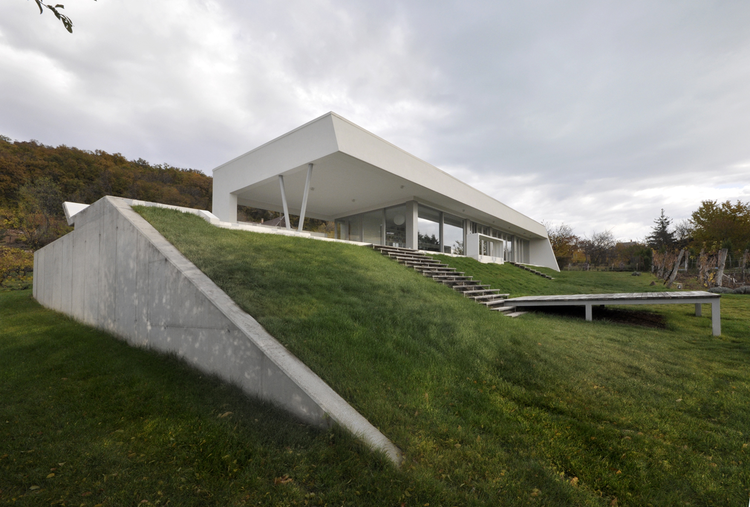 Text description provided by the architects. A hill in Alsoörs. An elongated white structure.

A disruption in the homogeneity of the surroundings. One can feel the interaction between the familiar bulk and the individual unfamiliar. probably one feels that the form bonds with the surroundings. The linear ridge of the hill lying behind, the wooded hillside. The house. The same proportions. Graded. The house unites with the „Grand“. Accounts for what “always” has been here. Incidentally, the form is inspired by the traditional, drawn-out architecture of the panonian space and interprets the needs of time, place and the user´s character. There is no interior, no exterior, just one moving and living deck. One lives in the landscape. Connected with the lake, the blooming trees, the vineyards, the sparkling lights in the night. To see all this unhindered at any time and to preserve the tree population, the living deck has to be situated above the existing terrain. The roof and the living deck are raised, the space around opens out similarly. On a sharp edge which joins the spots where the structure strikes the terrain.

Everything is dipped in off-white. The white increases the constantly changing colours of the lake, the nature, the sky. A 3-dimensional passepartout. The homogeneity is subtly, the exterior is covered with a grafic design inspired by embroidery of hungarian costumes.

Everything is logic and easy. 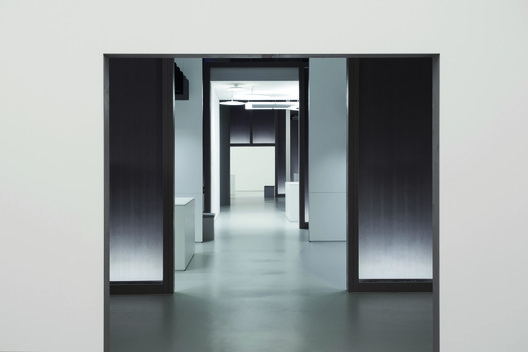