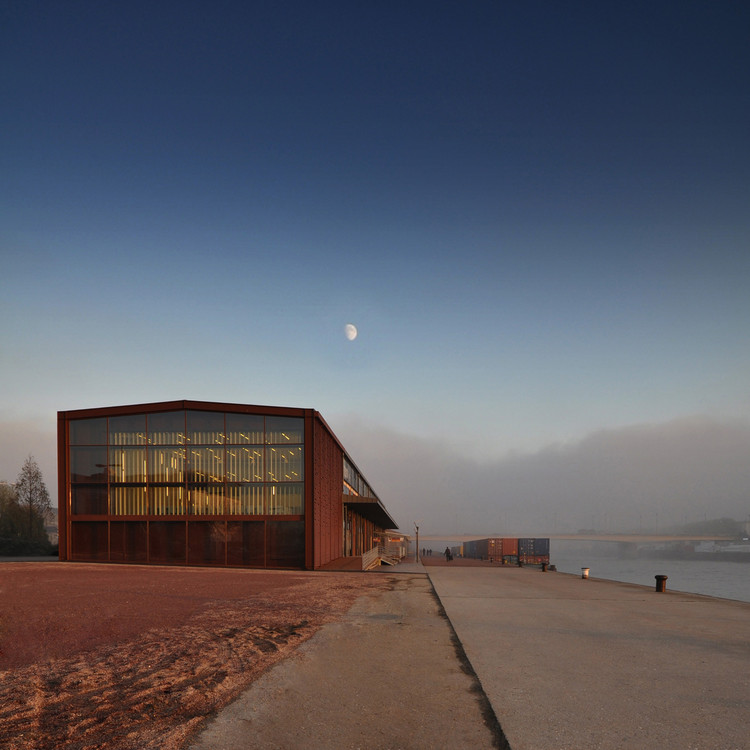 Text description provided by the architects. Located in the ancient commercial harbor of Rouen (France), the project focuses on the extension of an old storage hangar between the railroad tracks and the Seine River, allowing it to house an auditorium and exhibit spaces.

In the middle of the building, a white lattice of lacquered steel surrounds an empty space occupied by a three-storey double staircase. This large mashrabiya captures and diffracts light coming from bay windows above and around it, radiating bursts of light and shadow. Such kinetic intensity gives the space a gentle monumentality. At night, the lattice becomes a lantern, emerging from the lowest floor beneath the hangar’s frame.

The auditorium sits partially beneath the old hangar, a concrete structure independent of the existing building frame. The space conveys a sense of appeasement, with white floors, walls, ceilings and furnishing… A muted ambiance that is completed by a carpet and acoustic textiles. The surprise lies at the end of the room, however, when the back wall of the stage opens, and the harbor is invited to join the conversation – to a greater or lesser degree, depending on the rotation of the vertical blinds. 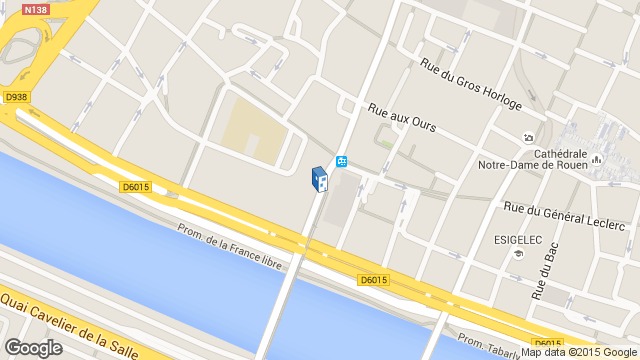 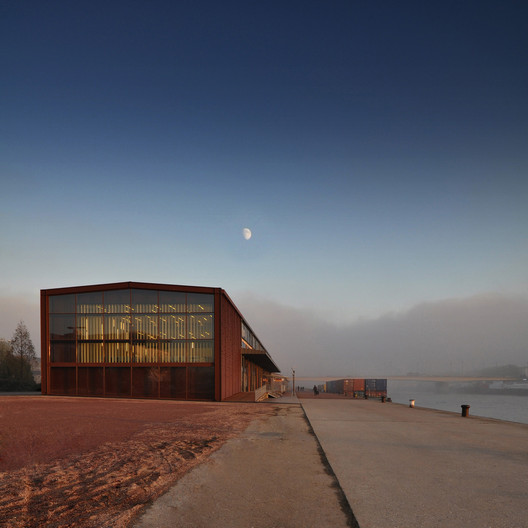