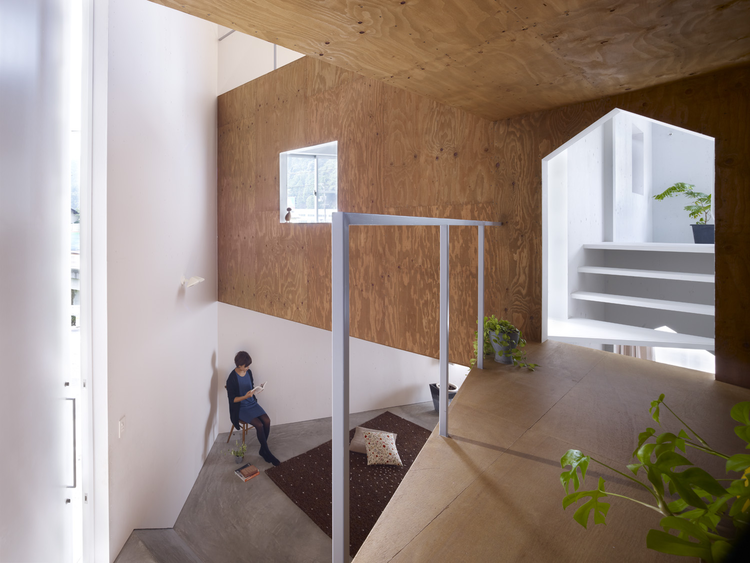 Text description provided by the architects. The house is placed at suburbs in Hiroshima, and designed for 4 members of a family with two kids. Because there are a lot of traffics around the area, we considered the house, which is closed from outside as much as possible but still keep its space open without any pressure of the separation from the outside.

People can feel a place bigger more and more if they could not figure out the size of it, such as the sky and the ocean. In other words, people think a space is big when they would felt the area as if it is continuing forever.

There is- a staircase at the center of the house. It is surrounded by walls as an another construction, and it is built up to the ceiling. It stands as a core of the house. From the pillar all rooms are connected as each. The spaces are placed randomly with various levels and angles. The inside with layers of the rooms is like a place under a tree with leaves or like a cave in a mountain.

The house is separated from the outside environment, however the dwelling inside could create space like continuing forever with the center construction standing like a big tree. We believe residents could enjoy to live in the house with a comfort like in a nature environment, which people could feel and imagine the scale of the space. 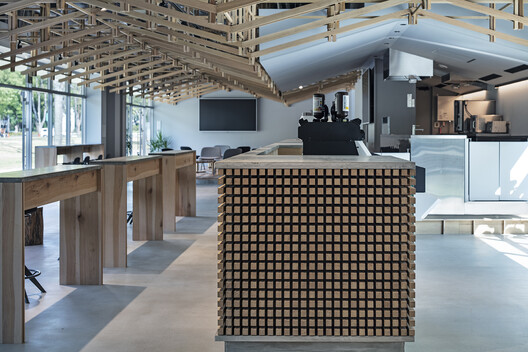