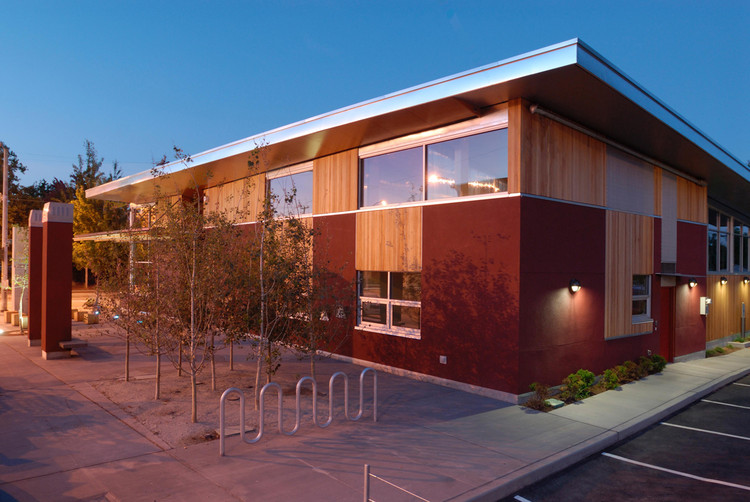 Text description provided by the architects. The LEED Equivalent South Park Library is a meeting place and focal point for the rich and diverse South Park neighborhood in Seattle. Johnston Architects incorporated the spirit of the community within their design through material choices, colors, and gathering areas such as the courtyard/front porch space for the neighborhood. Follow the break for a full project description, photographs, and drawings of the library.

In 1998 Seattle passed a $196.4 million bond measure that would be used to build 13 new libraries, including a new main library, and renovate and expand another 14. The modest, largely Latino neighborhood of South Park was not on the list. The citizens of South Park had, in fact, been trying to get a library for 100 years, as evidenced by a 1906 petition found in the city archives. It seems the community was not to be denied again and with vigor and determination wrestled $2.7 million out of a special “Opportunity Fund” to finally build a library that was completed in the spring of 2006.

The program followed the Seattle Public Library template for a 5,000 square foot branch library with the typical complement of stack space, study rooms, reading room/lounge area and staff support areas. South Park departs from the usual program with its generous ESL spaces and an oversized children’s area. The program for this size branch usually calls for a 750-square-foot meeting room but the community felt they had enough places to hold meetings and urged the design team to give that space back to the library, specifically a larger area for its youngest users. The result is a highly visible “lantern” on the most prominent corner of the building that is lively and inviting during the library’s hours of operation.

The design intent was to create a town center for South Park. The neighborhood is on the rise after decades of decline as immigrant groups from Latin America, the Pacific Islands, Southeast Asia as well as young people of all ethnic groups are moving into one of the last affordable places to live in Seattle. This rich mix informed the look, color and configuration of the building. Solid blocks clad in red stucco are arranged to create both interior and exterior courtyards. The entry courtyard’s paving pattern recalls the original meandering path of the nearby Duwamish River. The metaphorical river flows from a fountain and ends in an aspen grove planted in front of the library.

The sum of the South Park branch library is more than its parts. It serves as a point of pride for a sometimes struggling but often joyous and cohesive part of the city. It is a tribute to community activism and vision and the end of a 100 year quest. 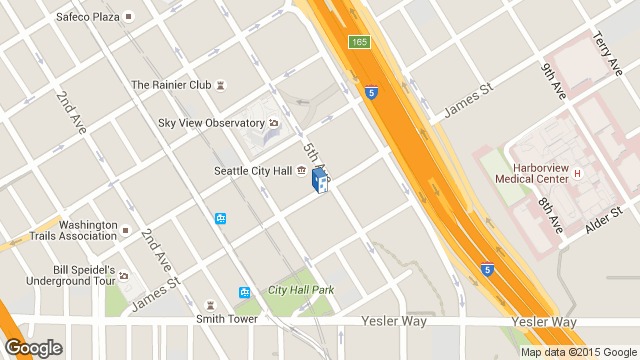