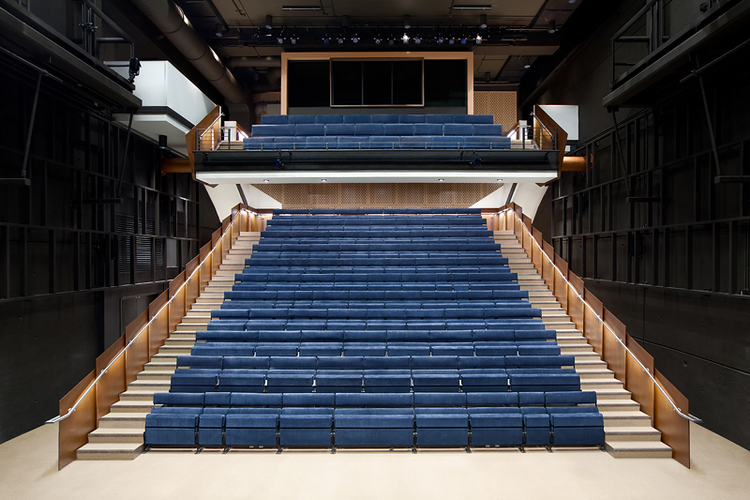 Text description provided by the architects. Established in 2005 by dance legend Mikhail Baryshnikov, The Baryshnikov Arts Center serves as a creative laboratory and performance space for artists from around the world. Located at 450 West 37th Street in New York's Hell’s Kitchen neighborhood, the Center presents innovative, contemporary work at low or no cost to the public.

In 2008, BAC purchased an awkward, pre-existing 299-seat theater space within its building to house the new Jerome Robbins Theater, an intimate, state-of- the-art performance venue. The existing theater was contained within a concrete box and suffered from poor sightlines, poor acoustics, sub-standard theater technology, complicated circulation patterns, and an un-centered relationship between the audience and the stage.

think!’s redesign focused on optimizing the overall audience experience within the theater while resolving the technical and acoustical issues. Centralized raked seating for 238 audience members accommodates 187 in the orchestra and 51 in the floating balcony. Blue, Baryshnikov’s favorite color, was a natural choice for the color of the seats. Interlocking, sculptural staircases bordering the seating area link the orchestra and balcony levels, creating intuitive navigation and flow in a unified space. The sprung stage is set at floor level and measures 42’ wide by 28’ deep, making it ideal for dance as well as other types of performance. A minimal material and color palette was selected for the space—raw corten steel stair railings reflect the rough concrete walls, while perforated wood, acrylic panels, and carpet create a refined contrast.

A new technical booth was installed in the back of the theater as well as a technical support grid on the ceiling and walls. Acoustical panels were built onto the rear walls, movable panels were placed on the side walls, and an acoustical floor was created to fully insulate the theater.

think! developed a graceful solution for the original theater’s shortcomings, creating an elegant space where performers can connect with the audience and productions can be presented at their fullest potential. The addition of the Jerome Robbins Theater has expanded the Baryshnikov Arts Center’s programming, introduced new opportunities for artists to perform larger-scale, multidisciplinary works, and tripled the Center’s audience.

The Jerome Robbins Theater has been published in numerous design journals and received the 2014 USITT [United States Institute of Theater Technology] Merit Award for excellence in theater design. 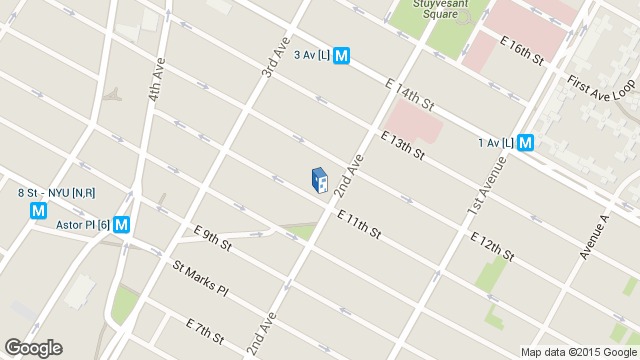 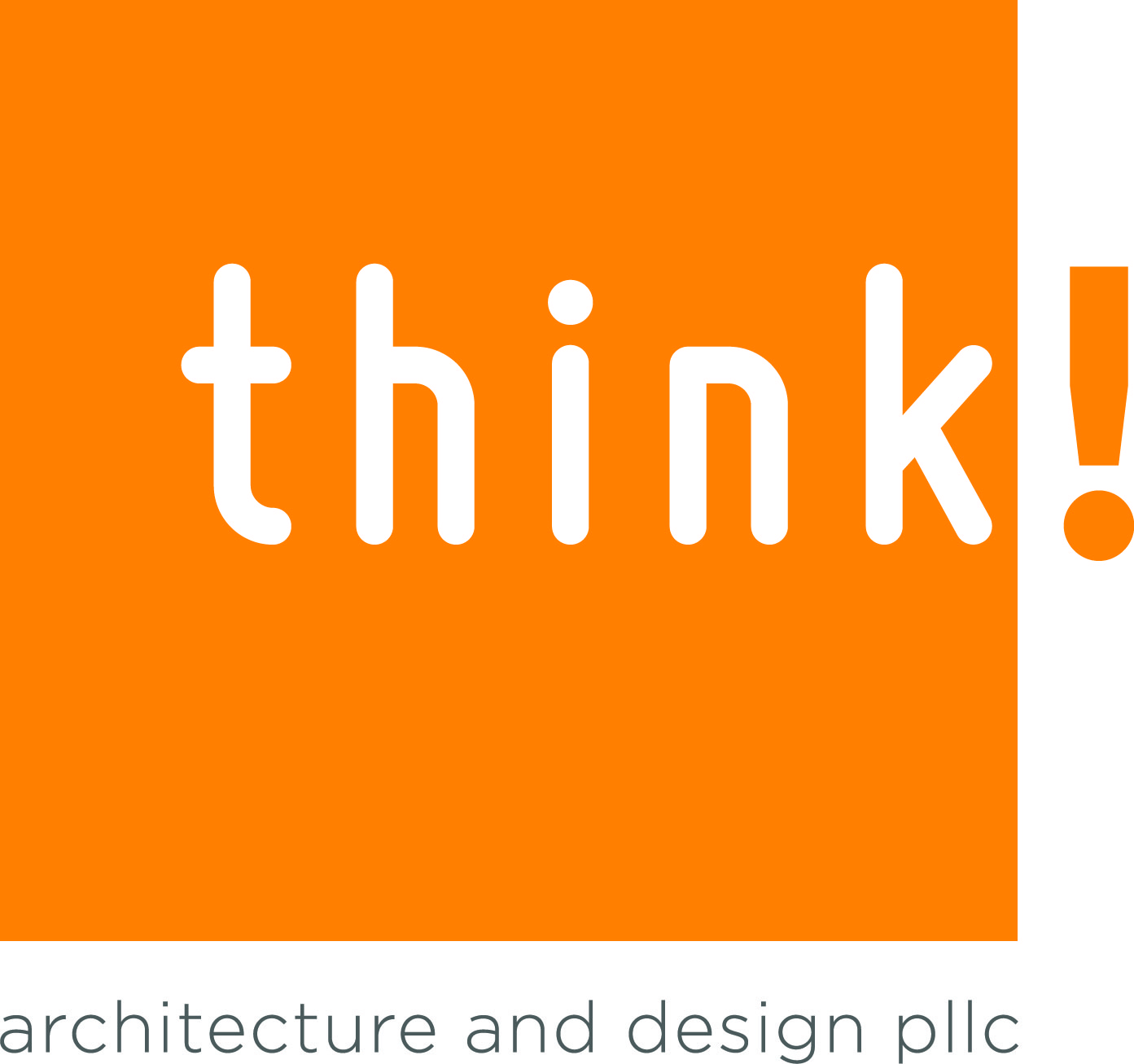