Along with rapid urban expansion comes uneven growth - one of the largest threats that face our society. Determined to combat this issue, the Museum of Modern Art (MoMA) sparked an international debate with the opening of Uneven Growth: Tactical Urbanisms for Expanding Megacities. The exhibition, a culmination of a 14-month initiative, highlights emergent modes of tactical urbanism from around the globe that offer ideas on how to mitigate inequality and preserve livability within an increasingly-expanding world.

When it comes to discussing informal housing, it's usually cities in developing nations that take the spotlight - however, as revealed by SITU Studio's contribution to MoMA's Uneven Growth exhibition, issues of informal housing are indeed present in cities across the spectrum of development. In this interview, originally posted on Arup Connect as "Inequality and informality in New York," Sarah Wesseler speaks to SITU Studio principle Bradley Samuels about their unconventional proposal to address an issue that is frequently overlooked in New York city policy.

Uneven Growth: Tactical Urbanisms for Expanding Megacities, a newly opened exhibit at New York’s Museum of Modern Art, focuses on the complex relationship between urbanization and inequality. Over the 14-month period leading up to the launch, six interdisciplinary teams explored how these issues are playing out in different parts of the world, each developing an architectural response for a specific city. 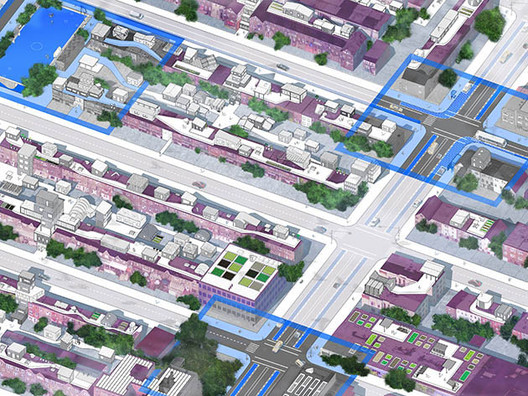