This video is part of a partnership between ArchDaily and the Spanish photographer Jesús Granada. Granada's stock images of the Biennale can be obtained on his website, here. ArchDaily’s complete coverage of the 2016 Biennale can be found, here; with coverage focused on the Spanish Pavilion, here.

In an interview conducted by Jesús Granada, the curators of this year’s Spanish Pavilion at the 2016 Venice Biennale, Iñaqui Carnicero and Carlos Quintáns, discuss their reasoning and intentions for the Golden Lion awarded national pavilion’s design. Titled “Unfinished,” Quintáns describes the project’s influence as “the detection of reality that we show only through photography, of what happened (in Spain) after the housing bubble, first the real estate boom and then the crisis, and how we can offer solutions thanks to the many talented architects of the many projects which have been realized in Spain and have been partially obscured.” The pavilion answers Director Alejandro Aravena’s call for national pavilions that identify domestic responses to architectural dilemmas that could be the solutions for other places facing similar issues. 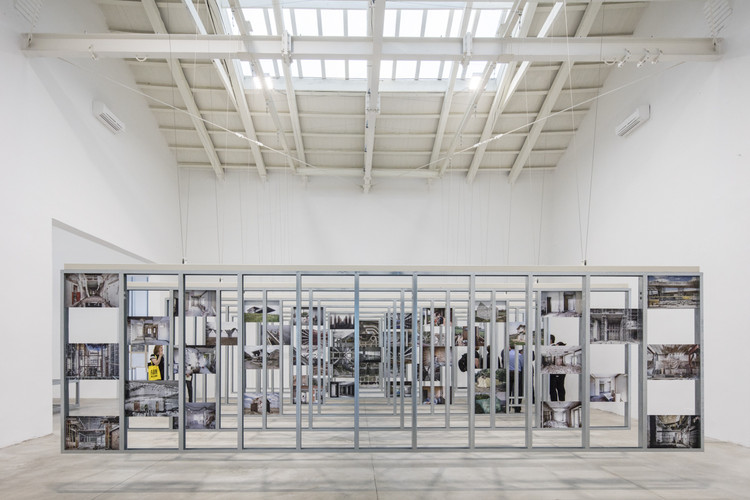 Iñaqui Carnicero and Carlos Quintáns have been selected as co-curators of the Spanish Pavilion at the Venice Architecture Biennale 2016, directed by Chilean architect Alejandro Aravena, under the theme "Reporting from the Front."

Iñaqui Carnicero is an architect and a Visiting Professor at Cornell University, and has been recognized by numerous international awards such as the Design Vanguard Award, AIANY Housing Award, Emerging Architects Award, FAD and COAM Award.

Carlos Quintáns is Professor of the Architectural Construction Department of the A Coruña Architecture School and director of the Tectónica magazine, recognized with awards such as the COAG, FAD or at the Spanish Architecture Biennale.