The After Belonging Agency (ABA) have been announced as the curatorial team for the 2016 Oslo Architecture Triennale for their proposal In-Residence, On Residence, and the Ways We Stay In-Transit.

Established in 2000, the 2016 Triennale will be the sixth of its kind. Following an open call for curators in September of this year, the Triennale invited four teams to interview: Rotterdam based Crimson Architectural Historians, London based Justin McGuirk, Canadian curator Dan Handel, and a team of five Spanish architects hailing from New York known as the After Belonging Agency. Lluis Alexandre Casanovas Blanco, Ignacio González Galán, Carlos Minguez Carrasco, Alejandra Navarrete Llopis, and Marina Otero Verzier's proposal was chosen unanimously by a jury which included Hege Maria Eriksson, Nina Berre, and Gro Bonesmo (among others).

Trenches, Benches, and Trees on Towers: New Exhibit Delves Into our Relationship with WOOD

In our technology-obsessed age we tend to forget where materials actually come from. But in their first exhibition on materials, WOOD, the Het Nieuwe Instituut in Rotterdam not only overviews wood's uses from World War I trenches to daily tools, but also reminds us where wood comes from, tracking wood's manmade and natural "cycles" of destruction and reconstruction. WOOD is curated by Dan Handel, in cooperation with exhibition designers Jannetje in ‘t Veld and Toon Koehorst and is showing until October 8th of this year - learn more at the website here. 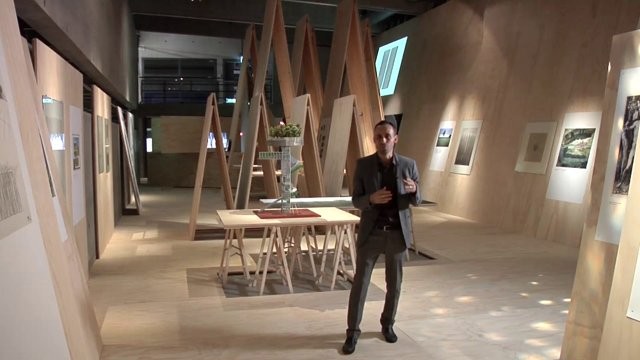