Monocle 24 Pays Homage to the Role of Architecture in Film

For this edition of Section D, Monocle 24's weekly review of design, architecture and craft, the team turn their attention to the crossroads where design and architecture meet film. From a documentary about Pruitt-Igoe, the St. Louis housing project, to a new reading of the title sequence of Superman, this episode investigates the role of architecture in film – and visa versa.

The Architecture of Thrill: How Hitchcock Inspires Spatial Effects

Since the 2007-2008 academic year, the Ethics class at the School of Architecture (UIC Barcelona, Spain) has analyzed the cinematographic works of Alfred Hitchcock through the lens of architectural planning. In the following analysis by the class's two professors -- art theorist and historian Alfons Puigarnau and architect Ignacio Infiesta -- space is thought of as scenography, and the visual strategy is analyzed in relation to the script and the soundtrack with the intention of creating a deliberate atmosphere of suspense.

Geared for third year architecture students, this class studies the film director's vision as if it were one of the instruments guiding an architect's design. It's part of an analogy between the camera lens, which uses light, and the architect's pencil, which makes use of outlines. In fact, Hitchcock always emphasized the visual over the dialogue [1].

Learn more about the work of the students at the School of Architecture UIC after the break. 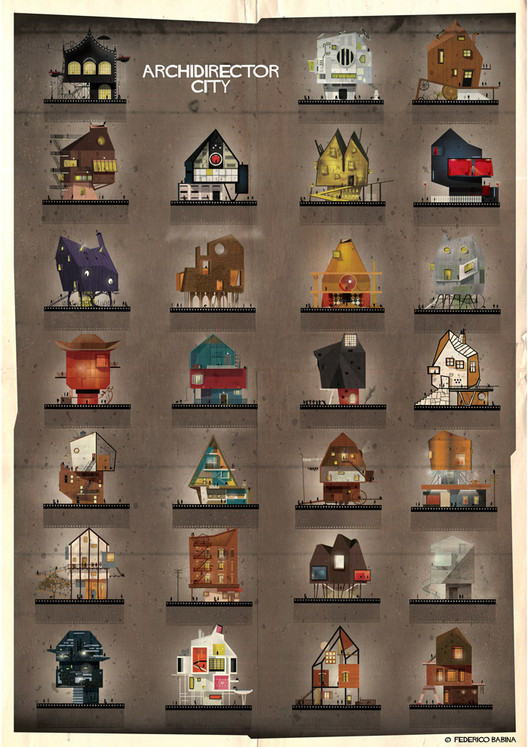 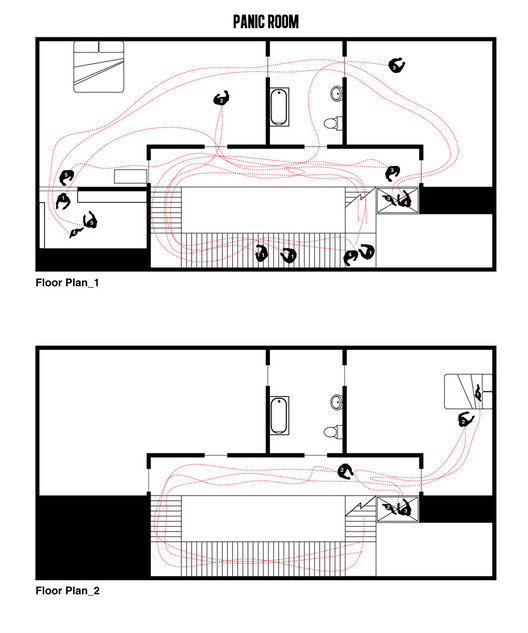 The Architecture of Alfred Hitchcock

Originally appearing in Metropolis Magazine as "Hitchcock and the Architecture of Suspense," this article by Samuel Medina reviews Steven Jacobs' book The Wrong House: The Architecture of Alfred Hitchcock, which uses expert analysis and reconstructed floor plans to examine how the master created suspense with his sets.

In the films of Alfred Hitchcock, things happen, but the events that gave rise to them are easily forgotten. You quickly forget how A leads to B or, say, by what elaborate means Roger Thornhill ends up at Mt. Rushmore in North by Northwest. But as the French filmmaker Jean-Luc Godard observed, the Hitchcockian cinema compels not with story, but with images—the open-palmed hand reaching for the door, the simulated fall down the staircase, the whorling retreat of the camera from a dead woman’s face. These stark snippets imbue the films with their uncanny allure and imprint themselves in the mind of the spectator much more effectively than any of the master’s convoluted plots.

Our latest movie in our Films & Architecture series is another ’60s classic, this time by the master filmmaker Alfred Hitchcock. In North by Northwest we see a New York in the heyday of its architectural glory, with one scene taking place at a newly constructed United Nations building. In fact, the last scene takes place in a “house” that, under Hitchcock’s instructions, was meant to seem designed by Frank Lloyd Wright (in reality, the house was just another set design). The film shows a variety of urban spaces, and puts special emphasis on the contrast between the densities of urban and rural realms.

Alred Hitchcock (13 August 1899 – 29 April 1980), who would have turned 113 today, is often known as the “Master of Suspense.” But we here at ArchDaily would like to tweak that moniker slightly, to the Master Architect of Suspense.

Hitchcock, who actually worked as a set designer in the 1920s, not only maintained meticulous control over his film sets as a director (many of which were mounted in studio), but incorporated many architectural themes into the narratives themselves.

More on Hitchcock’s use of Architecture, after the break…