Save
Accoya® Wood at a Rescue House in Waddenzee, the Dutch Sea | Accoya

Accoya® Wood at a Rescue House in Waddenzee, the Dutch Sea | Accoya 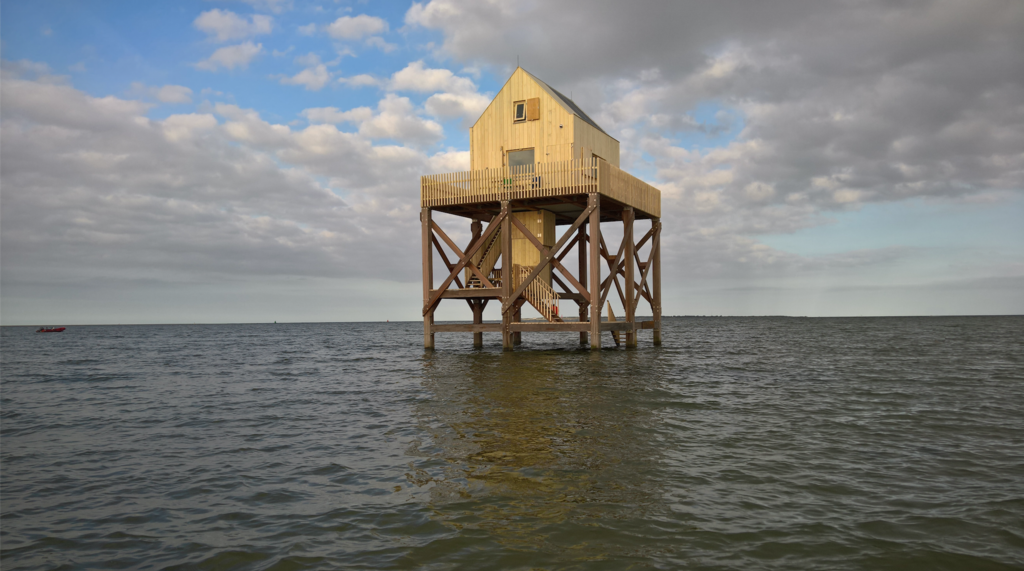 The Wadden Sea, in the North of the Netherlands, is the inland sea between the islands and the mainland. As a UNESCO World Heritage site, the area has a huge amount of nature living within it.

Due to the influence of the tides some sand plates fall dry – the 'Engelsmanplaat' is one of them. For the birds that breed and feed on the reef enough rest is given to survive. However, during the breeding season, voluntary guardians of Staatsbosbeheer make sure this much-needed rest is secured. The former rescue house on the 'Engelsmanplaat', which was built on stilts, had become worn and unusable due to a constant battle with the harsh elements.

Designer Niko Hoebe was commissioned to create a new one. On his quest for sustainable wood with the highest durability class, he chose Accoya as the ideal material for the project. The new house, made of Accoya, will last many years for the bird guardians to watch over the 'Engelsmanplaat'.