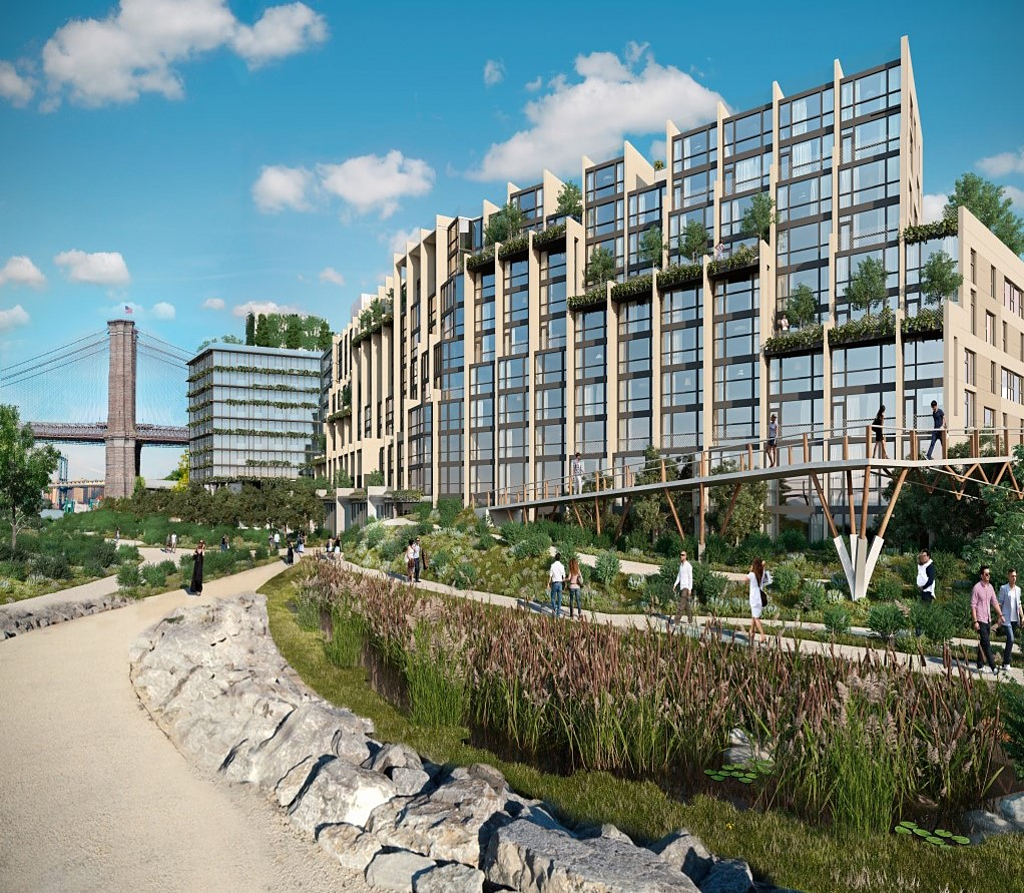 In an area with high noise levels, very few materials are able to give the acoustic insulation properties required for residential development. This is why the new Pierhouse development along the Brooklyn Heights Waterfront is innovative. Having a substantial amount a main facade glazed, was no easy accomplishment, which was achieved by using Trosifol Sound Control (SC), a sound-attenuating PVB acoustic film from Kuraray

Part of the recently transformed waterfront, the new Pierhouse development comprises of a selection of 1 to 5 bedroomed residences. The concept behind the development was to create a building that fits well within the existing architectural environment while maximizing the views of the harbor and park. This was achieved by creating two primary facades:

With the sharp increase in noise in more developed areas, a direct cause of industrialization and density growth, architects are presented with a new design challenge; having to include noise mitigation in their designs. As a result, paired with the significant increase in glazing popularity and its use for both functional and aesthetic purposes, the design of glazed surfaces is of particular importance.

This is where Kuraray's sound-attenuating PVB acoustic film played a role. As the industry’s only widely available monolayer acoustic film, Trosifol SC delivered Marvel Architects, JE Berkowitz (the laminators) and Alubon (the glazing contractor) multiple benefits compared to other multilayer acoustic products and glazing formulations in terms of performance, fabrication and aesthetics.

SentryGlas® in Secrets the Vine Hotel and Resort