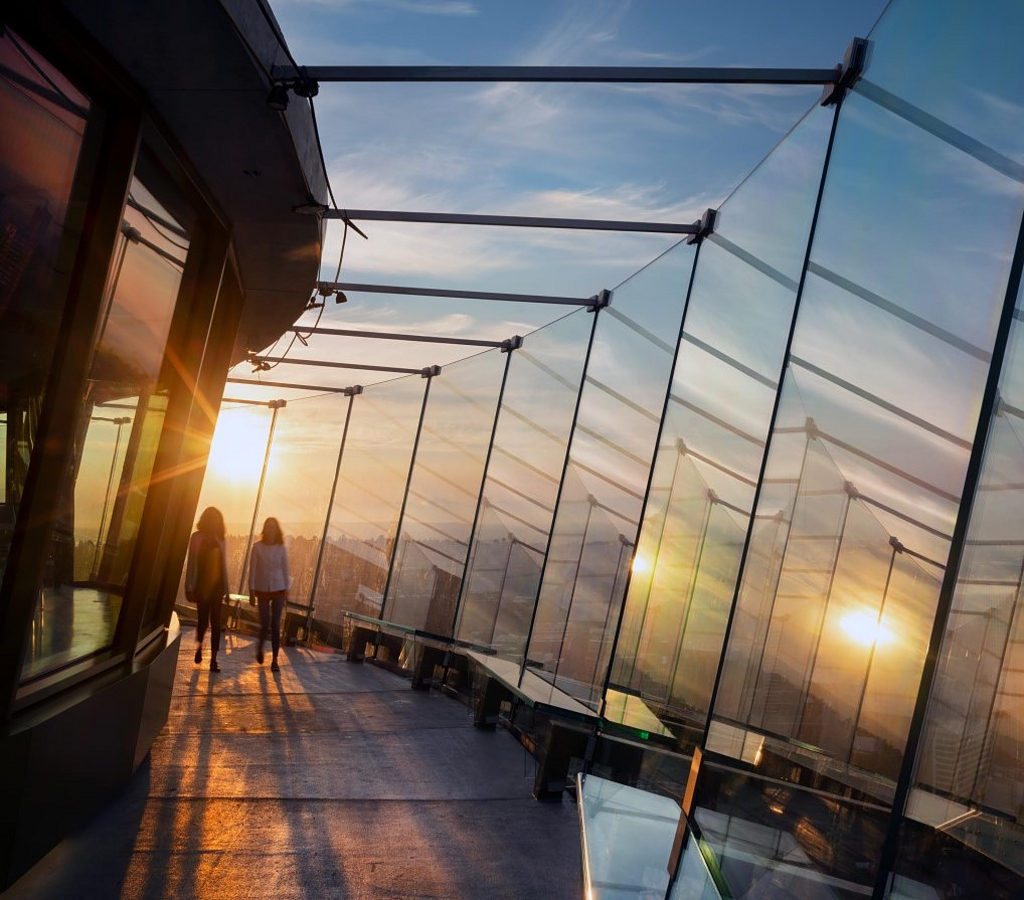 Seattle's Space Needle recently has started a project to focus on its preservation and renovation. At 605 ft (184 m) tall, Seattle’s Space Needle is is a prominent feature in the Seattle skyline, and known globally as a landmark. Delivering a clear, 360-degree panoramic view of the city, the glass used to preserve the structural integrity of the 605 ft (185 m) tall as well as the functional and aesthetic requirements for people needs to be well considered. This is where SentryGlas® high-performance laminated glazing from Kuraray plays a role.

The project brief was focused on how to keep the architecture and space of the monument relevant for the following 50 years. The design process followed initial conceptual ideas, followed by a large amount of research and surveys by people to help find the happy medium between the structural requirements and public desires. Following this, the concept had to be approved by the local Landmark Preservation Board, their only proviso was that the changes made had to be sensitive to the existing structure as not to change the well-known external appearance. The approval took 18 months to achieve.

“Throughout the project, intuitively we believed the glazing design concepts were all practically achievable, which Front validated in the proof of concepts. We knew the industry was changing, that new technology was available and that we weren't trying to achieve the impossible.”