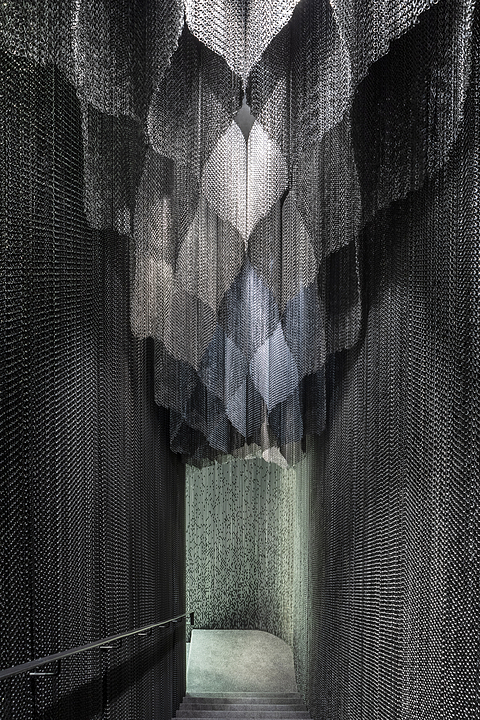 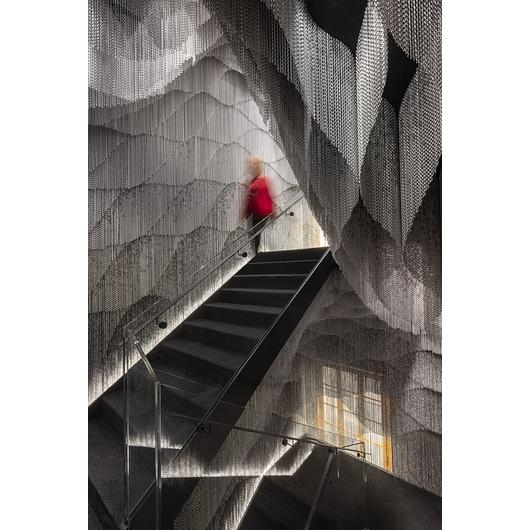 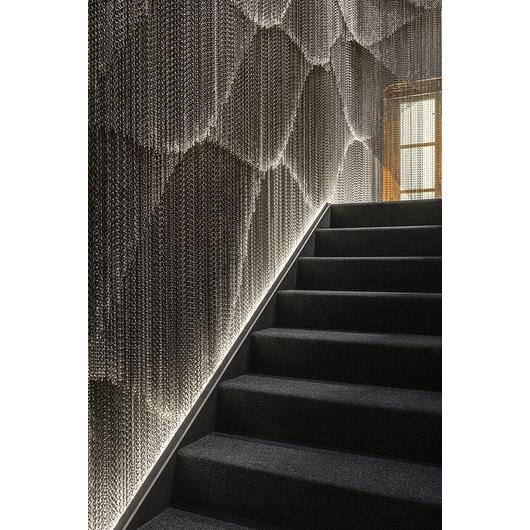 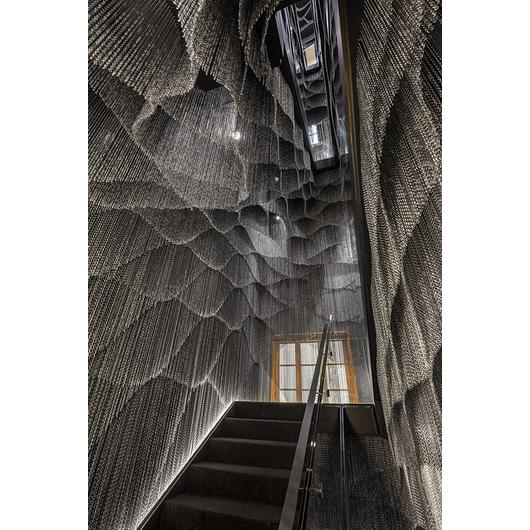 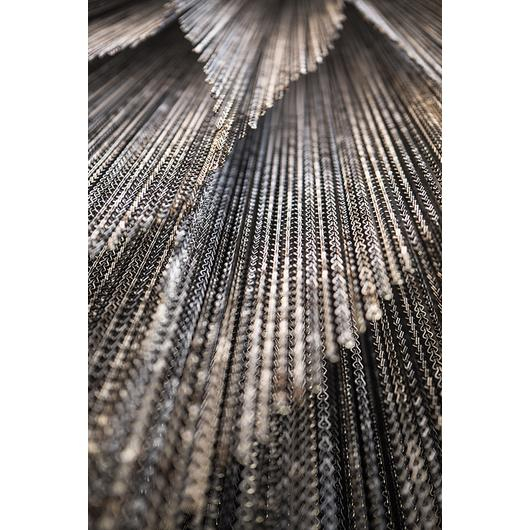 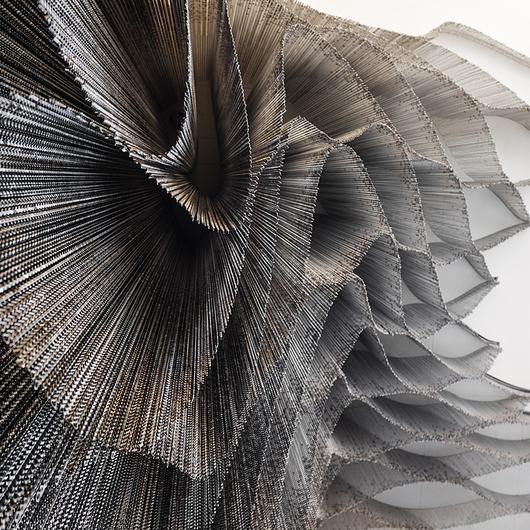 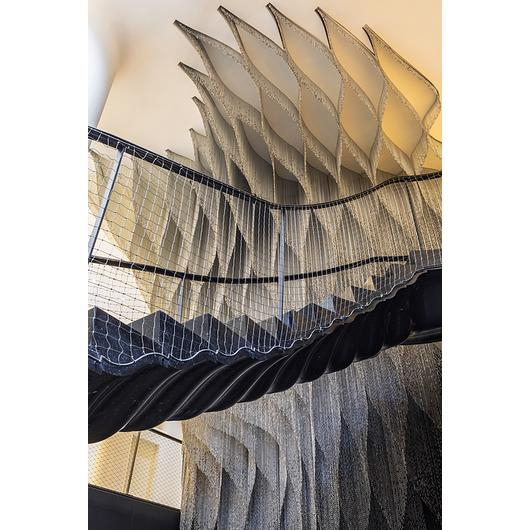 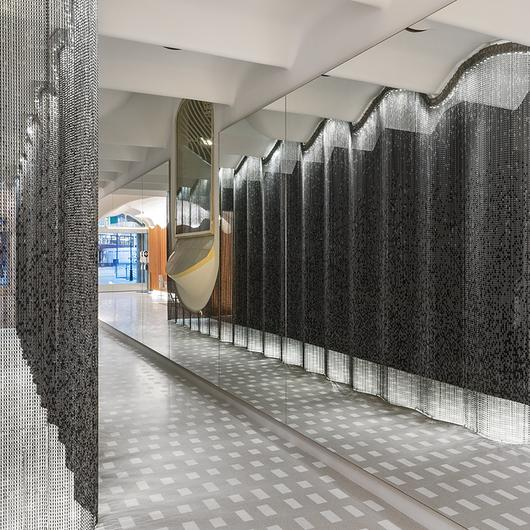 After a long remodelling period, Casa Batlló has reopened its doors to present Casa Batlló Experience, the new one hundred percent immersive visit, which is groundbreaking and unique worldwide. It offers a journey into the mind of Antoni Gaudi with the most avant-garde technology. An additional 2,000 m2 of never-seen-before itinerary provides a long list of novelties. The new vertical communication nucleus designed by Kengo Kuma stands out among them. 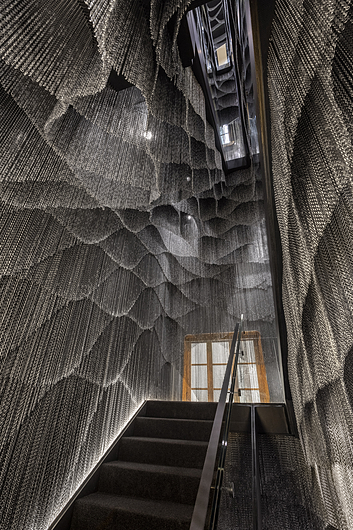 164,000 meters of Kriskadecor chain adorn the atrium, the new staircase that connects the eight floors and the coal bunkers, enhancing the magnitude of the work of the renowned Japanese architect. Just like Casa Batlló is a tribute to the light of the Mediterranean, the Kengo Kuma & associates project is an homage to Gaudi's use of light in this modernist building. In the Japanese architect's own words, "it travels from the rooftop's bright sky to the dark depths of the coal bunkers." His intervention speaks of it, but in an abstract way, free from the colours of the house, its materials, and its historical dimension.

The project also posed the challenge of finding a sound neutralising solution. To this end, the development and innovation department of the Montblanc company created innovative acoustic panels that cover the ceiling above the chains and successfully counteract the noise.

In this way, Casa Batlló presents itself to the world by and for genius, innovation, and disruption, with a new outlook thanks to which the monument ceases to exist as such in the traditional sense of the word.

Kengo Kuma and the aluminium chains

It was by creating a connection between the vertical development of the emergency staircase and the central patio, both of which cross the entirety of the house and organise the main flows of the visit, that the opportunity arose to establish a dialogue between the two. According to Kengo Kuma, "We have imagined this space dressed in aluminium link curtains, which with their meticulous materiality catch the light, as if they were fishing nets, and show it to us in all its forms: brightness, silhouettes, shadows...This way, by omitting the use of any other materials, and erasing the presence of this blind box and its staircase using these chains, we are able to speak of light and light only". 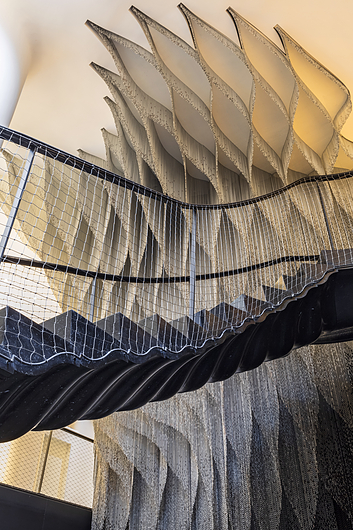 The lighter shades of aluminium are found at the beginning of the course, on the roof, and little by little they darken until they reach the black hues that dress the space of the old coal bunkers in the basement. With that gradation of light, which replicates the use of colour in the courtyard, a story that accompanies us throughout the journey is spun without words. We start from the roof to end up in the cellars; from the heavens down to earth, from light to shadow... and all this explained only through light, as if it were the house's own grammar. 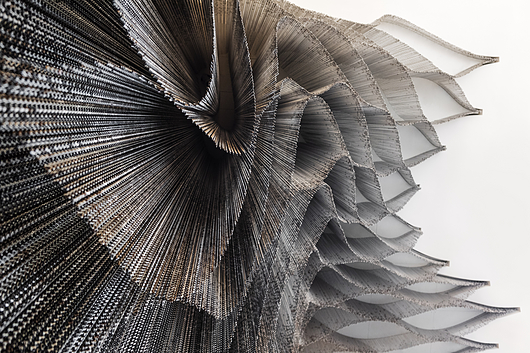 According to the study, "the ability to create a continuous metal surface made of independent linear elements that adapt to any inclination of the support has been key to generating a coherent geometry in a space such as that of the staircase, full of inclined sections. On the other hand, given the complexity of the project, the possibility to use computer tools to produce a design controlled to the millimetre in a space in which every corner is different has been of great importance."

The versatility and lightness of the chains make it possible to customise design solutions in colour, shape, and dimensions. In addition, thanks to in-house technology and a wide colour palette, they can replicate any images or patterns in brilliant and satin finishes. It should be noted that aluminium is 100% recyclable, so the use of this material fits into any project that seeks to ensure sustainability. 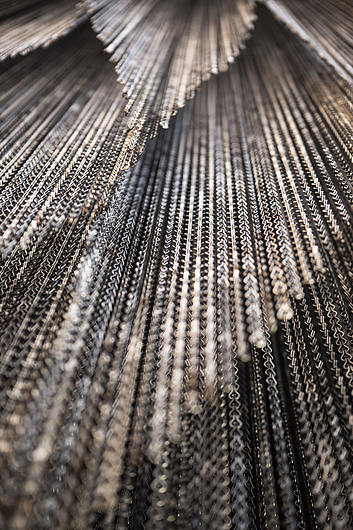 The company develops projects for hotels and restaurants, corporate offices, public spaces such as museums and airports, shops, shopping centres, fairs, events, and even private residences all around the world. Since 2016 they have a second headquarters in the United States that includes a sales and logistics office (Miami) and their own creative department (Los Angeles). 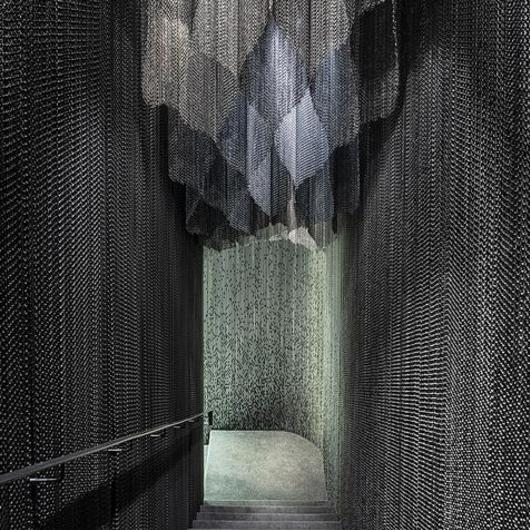 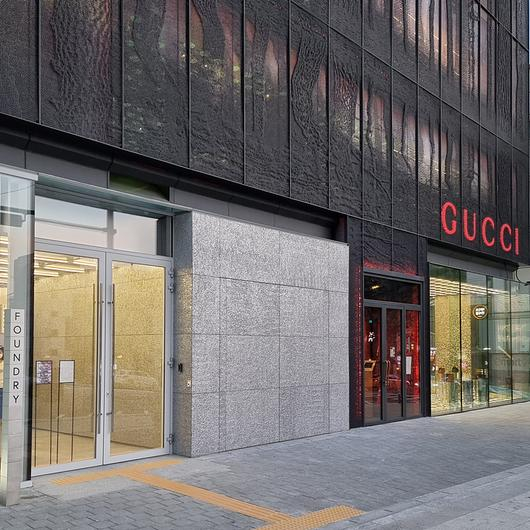 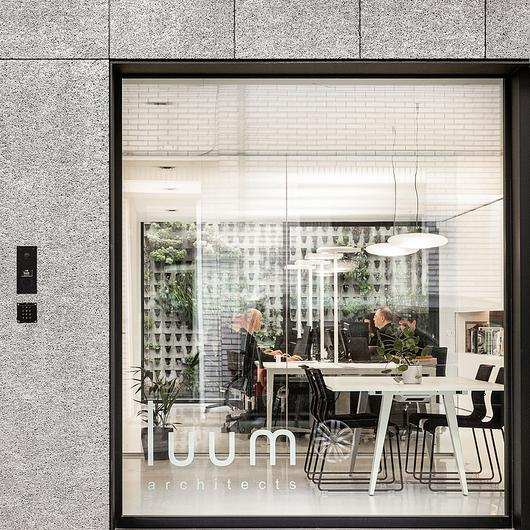