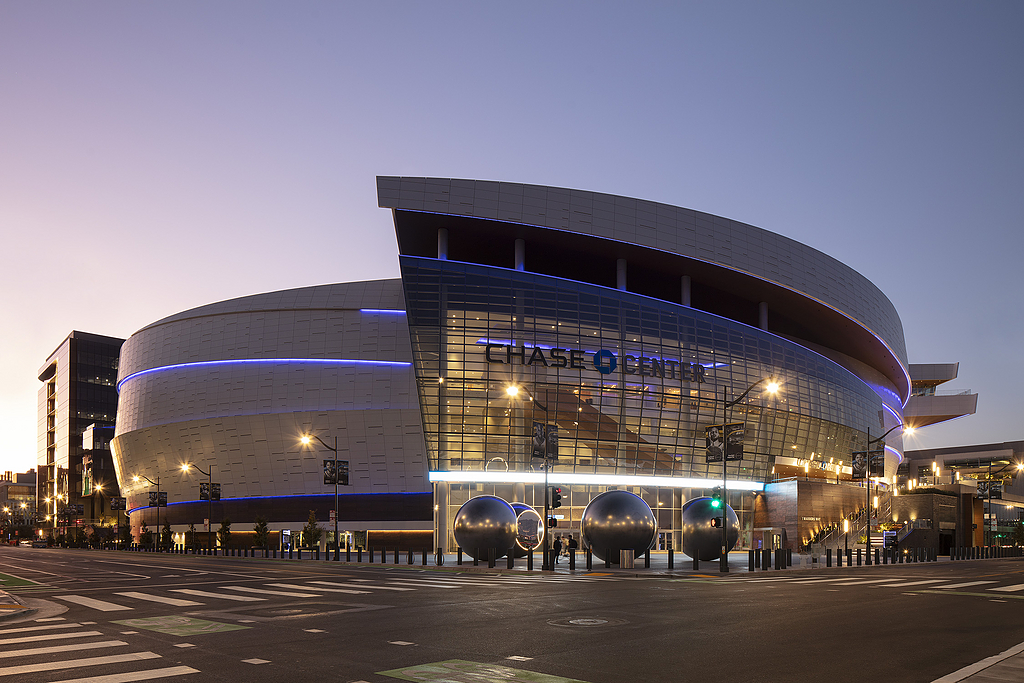 The Chase Center arena in Mission Bay, San Francisco was built for the Golden State Warriors when their home ground was relocated from Oakland. A well-planned arena like this has the opportunity to offer much to a community beyond sporting events as it can also serve as a music venue, support local sporting groups and vendors and create jobs, and attracts tourists.

The brief for this project was a building that suited the dense urban environment of the neighborhood but that was also able to make an impression with a distinctive design. The client challenged the architect even further by requesting a simultaneously futuristic and classic design with no back entrance or rear facade. The idea was to create a building-in-the-round that felt inviting from every angle.

The base of the building is the primary interface with pedestrians on street-level. This meant that it needed to be beautiful but also able to withstand impact and potential vandalism. The client was against using concrete, and the architects - Manica Architecture - suggested the use of Neolith®.

With the help of distributing partner, Evolv Surfaces, patinated Neolith® Iron Corten was specified around much of the Chase Center’s base, boasting bold, deep orange tones with plenty of embodied personality. To suit the project’s specific needs, Neolith customized the pattern, providing three variants in addition to the standard slab. 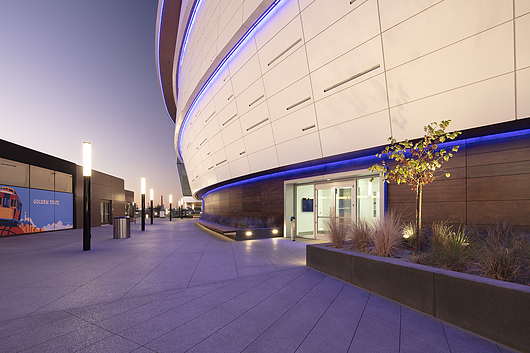 Along with the use of PURETi, a special, photocatalytic treatment, the Neolith slabs break down greenhouse gases into harmless substances that can be easily and safely removed, contributing to the building’s overall sustainability credentials. The façade is clad in 15,500 square feet of Neolith. With the special finish, this is equivalent to taking over 1,400 fossil-fueled cars off the road or planting 360 trees.

It was important to the architects to choose materials to ensure that the arena was appropriate for its waterfront location. This is what drove his search for particular materials that would reflect the nautical history of the bay. For example, the arena’s white metal cladding, reminiscent of the clean, modern lines of sails create an all-encompassing design, it’s as if the building is spiraling in the same wind that powers boats on the water.

While materials were selected to be sympathetic to the area’s architecture, it was also important for the design to provide some contrast to Mission Bay’s linear, blocky aesthetic. The architects opted for a round building, as opposed to the predominantly cuboid nature of the neighborhood’s buildings. By employing seamless curves throughout the large venue, they were able to soften some of the locality’s rigid aesthetic.

Complementing this, Manica Architecture worked carefully with the city and the Warriors to ensure the surrounding space was subtle and inviting as well. Public walkways and plazas around the arena are open all year round, an asset for the local community. This arena will serve as a beautiful place for the community to gather and celebrate their sporting teams with exuberance. 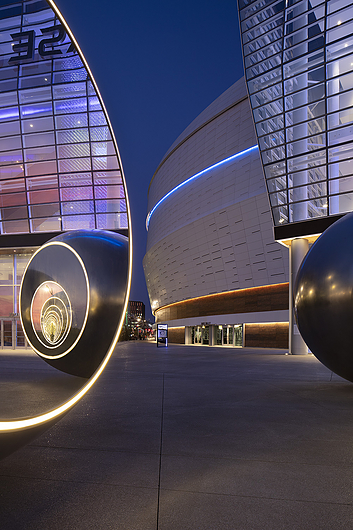 All Neolith slabs are 100% natural and produced in a carbon-neutral environment, making them appropriate for specification in any professional or residential surfacing application. Neolith is also a safe and hygienic material, never compromising on performance and visual appeal.