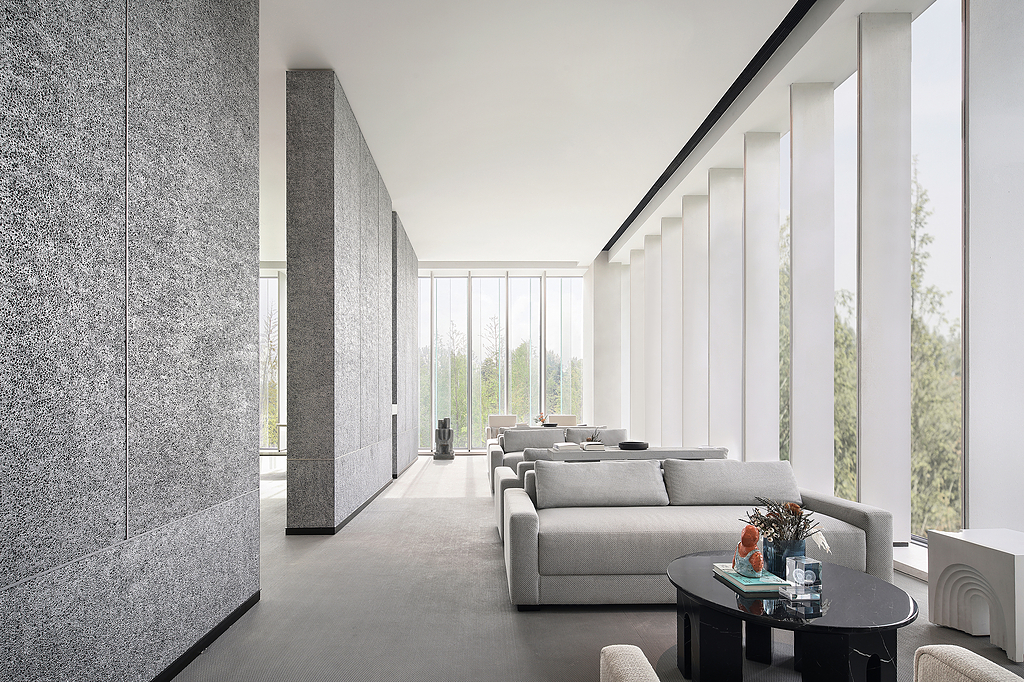 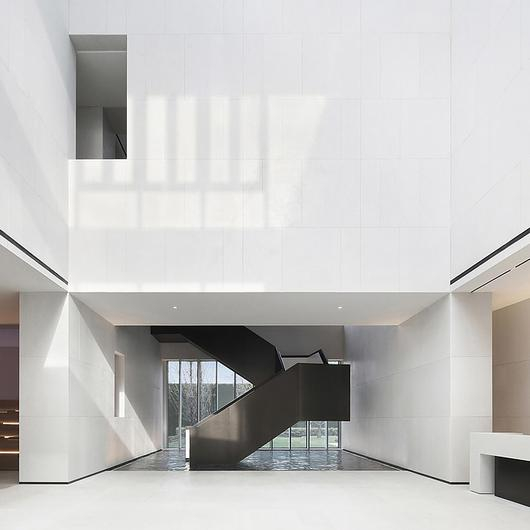 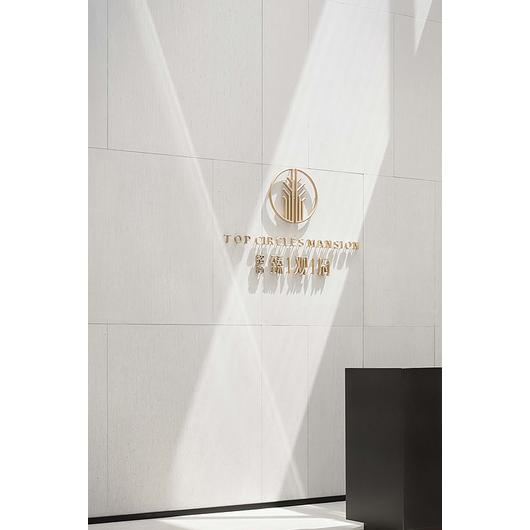 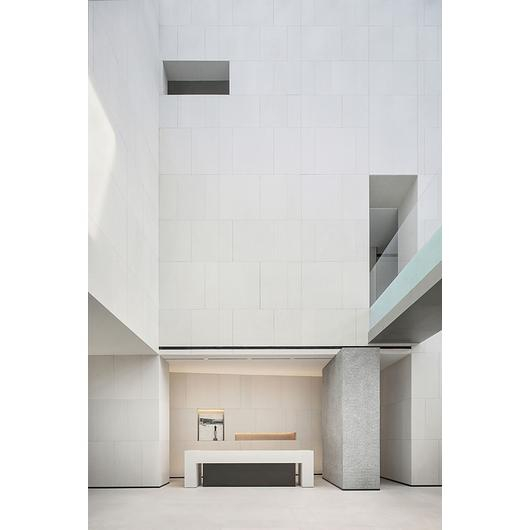 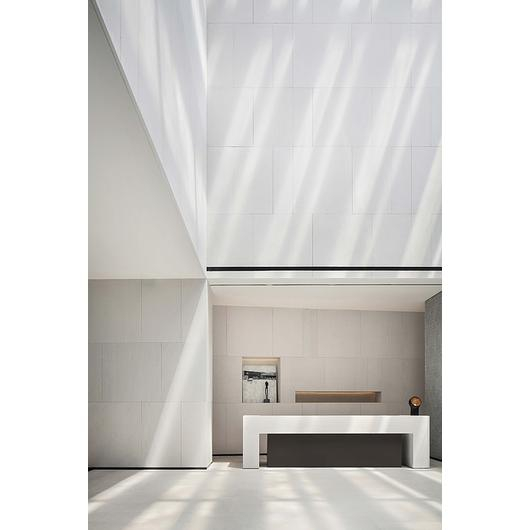 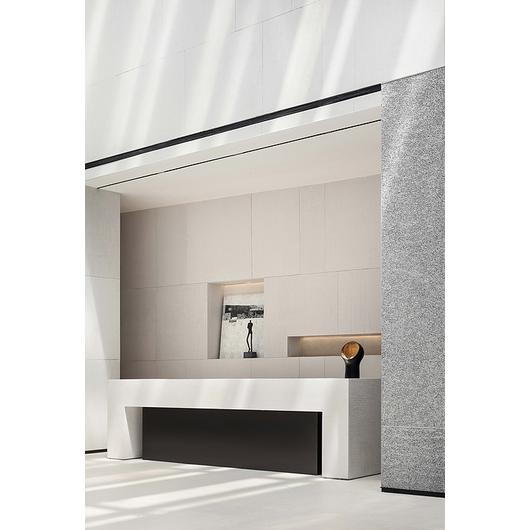 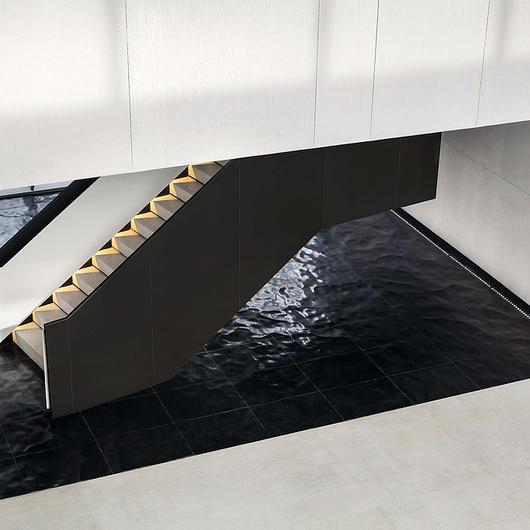 + 20 + 15
The product has been saved to the folder: My Downloaded Products

XI’AN, an ancient capital having lasted over thousands of years is rich in cultural history. Consisting of sixteen Dynasties, the rich tradition, doesn't necessarily mean a predictable architecture and other physical manifestations of the culture. Rather it follows the spirit of evolution, aiming to present pure beauty by absorbing the spirit or zheitgeist of the time.

A modern art gallery, designed by XI’AN ZHENGUANFU, was designed based off of the concept of a "Glazed Courtyard." Situated under trees, the shady space filled with dappled light carries interesting forms throughout the day and seasons. The forms created from the existence or absence of light ranges from Whirling Shadows of chaos from the trees to a peaceful poetic quality of still bright light.

Cymat's Mid cell panels are used throughout the spaces, created by removing the surface on both sides of the panel, through a special production process. The cells below the skin are exposed. This surface consists of a series of mid-cell open areas and swirling solid areas, which mingle together to create an appearance described as similar to the surface of the moon or a frozen porous lava flow.

The main intentions for the gallery were:

The natural change in ambiance as the sun moves throughout the day creates a space abundant in natural, pure emotions.

The main feature situated in the middle court is the staircase. Stairways always form an important part of the space as they act as a vertical transportation channel, leaving intrigue and mystery to what is above.

The design behind the stairs was inspired by Wei Stele style. Inspired by this image, the overlapped brushstrokes were created in a three-dimensional space, going back and forth endlessly. The floor beneath the staircase is a dark marble tile with its water-like patterns creates a ripple effect in the movement of light. As light enters the space, the calligraphy formed throught he design of the stairs is manifested as the glistening light of waves become brighter.

In contrast to the other spaces, that instill a sense of silence and calmness, the multifunctional areas in the gallery aimed to create an enthusiastic ambiance that is resourceful. An important factor was to make the space inviting for children and regular salon sharing sites. The constant change in light and shadows within the space, makes it stand in contrast with the stillness of the middle court. The use of different colored glazed elements, intertwined with each other create an emotive movement.

The sand table acts as a central core in the spatial experience. In this exact space, a mix of light from the middle court, glazed light throught the processed glass, and green light is poured over the table. All of this is combined with the artificial lighting, making this area have a warm, brisk and alive atmosphere. Different spaces, consisting of different functions demand different lighting. By having different openings of light, these multiple experiences are accomplished.

The uniquness of the light found in the core is thanks to the 'Upward Light' created from high windows that are slanted toward the front created from the height differences between the facades. At specific times of the day, the light coming from these high slanted windows creates a spotlight effect on the underside of the roof, creating a sense of divinity.

As one goes towards the garden, they enter a space of negotiation between the built and the natural. A ceiling opening exists between the second and third floor, where a tree has been allowed to freely grow. In many ways, this creates a meaning of time in the space. As a person moves in this space, they can look up at the daylight that may change to pouring rain. It is a space of reflection. The pillars in the space, make a nod to the woods in the distance, by looking far out it reflects the ability of the person to look deeply with transparency.

The shadow of light that sways in the middle court is like a breeze that lightly touches your face. Within this space is a cultural scenery of 'The One Bridge.'

Glaze Glass, Whirling Shadow. ’Glaze Courtyard’ woven natural light and lightning into invisible silk. All the natural transition of space area let a wonderful scene can be met after each corner. All the scene and story look like happened under a big tree. Sunshine pass through the branch and leaves, floating between them, wondering between them, leisurely and relaxed.

This is a light tone tribute to nature. 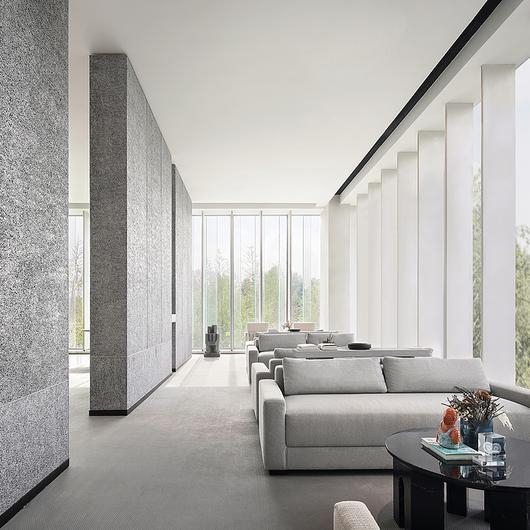 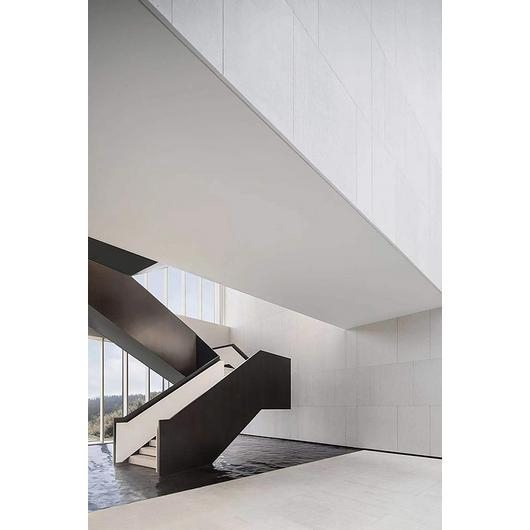 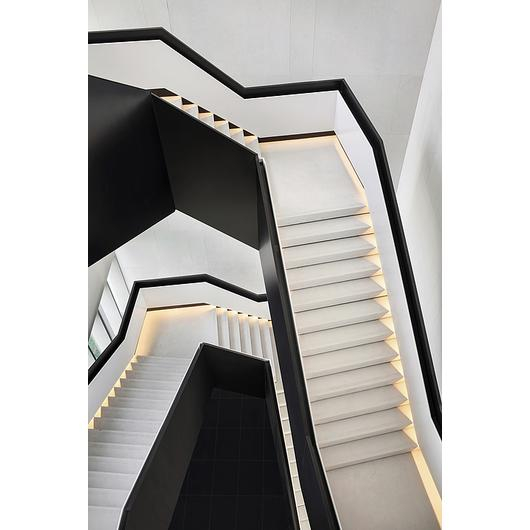 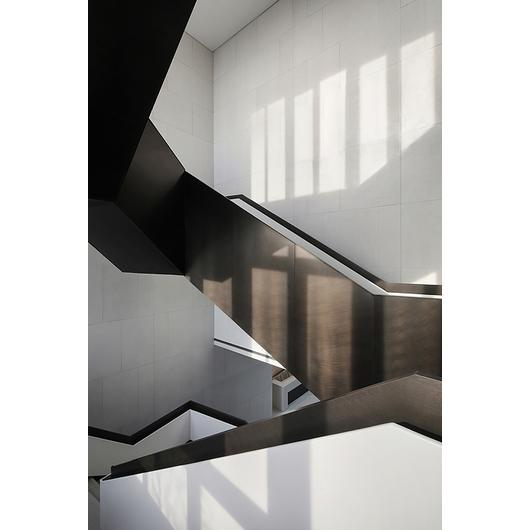 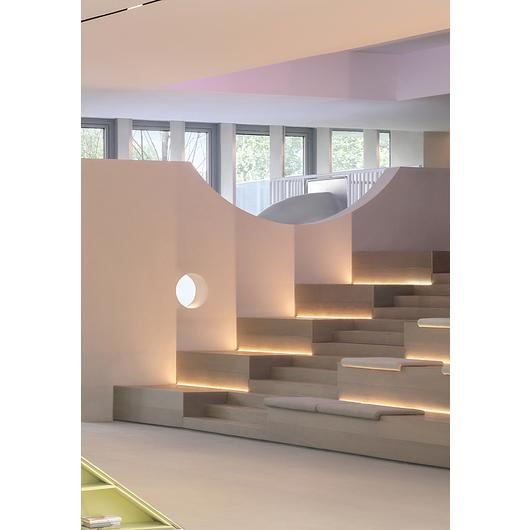 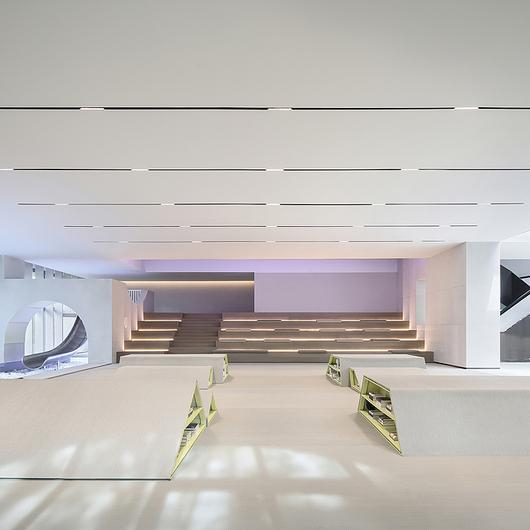 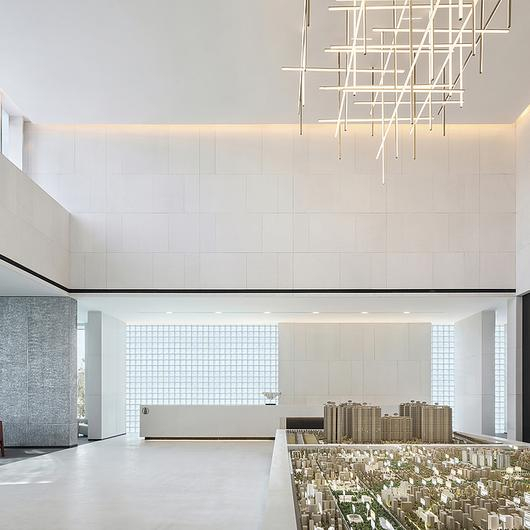 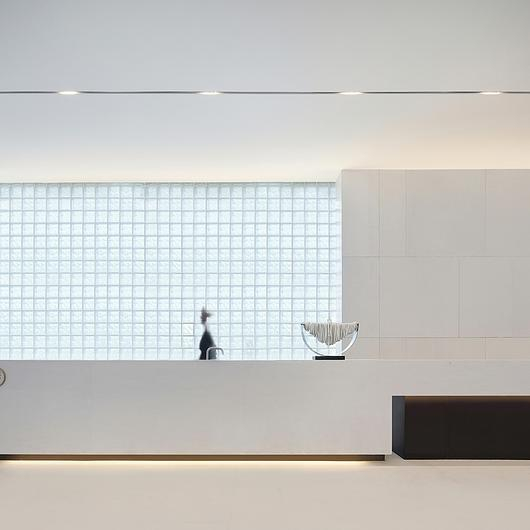 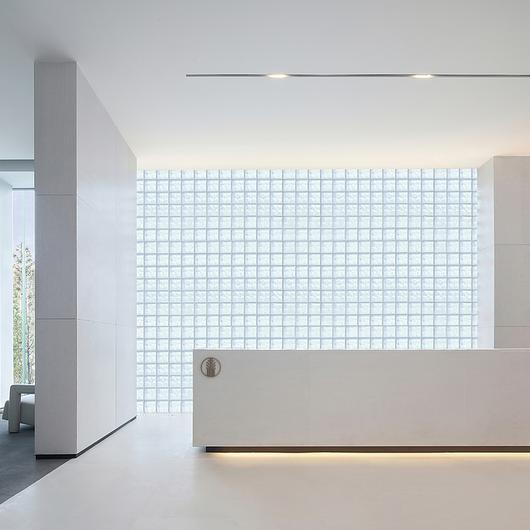 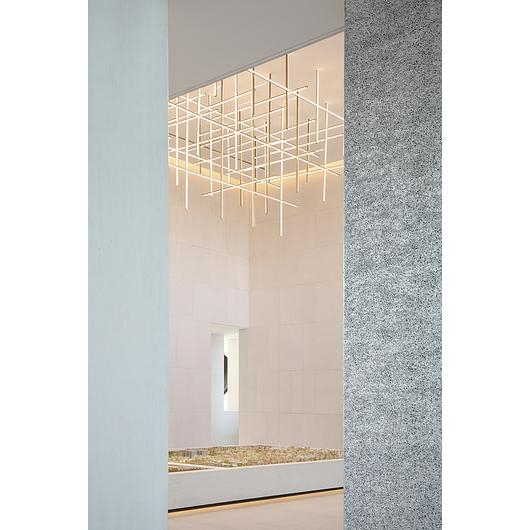 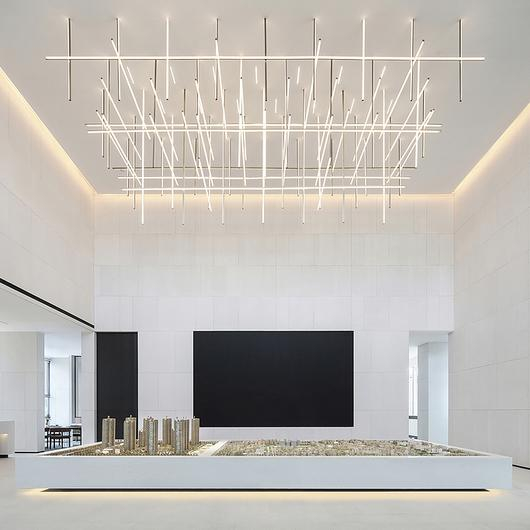 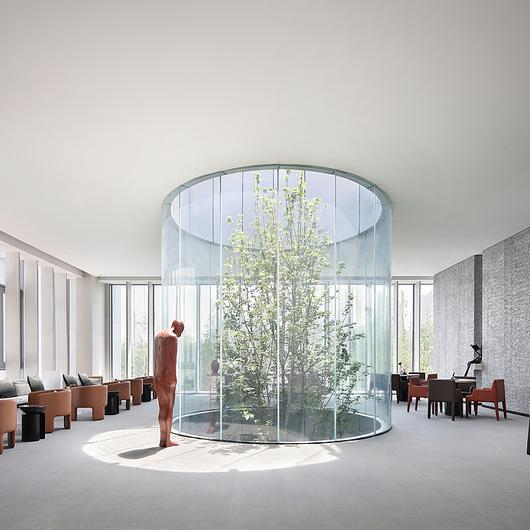 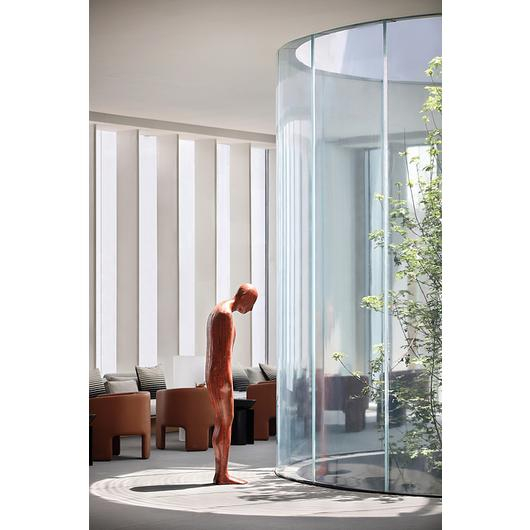 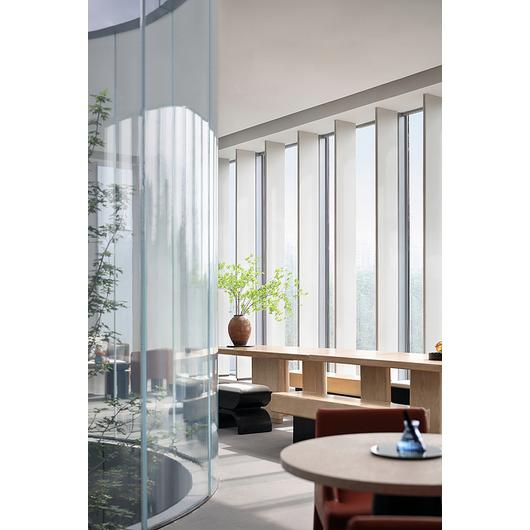 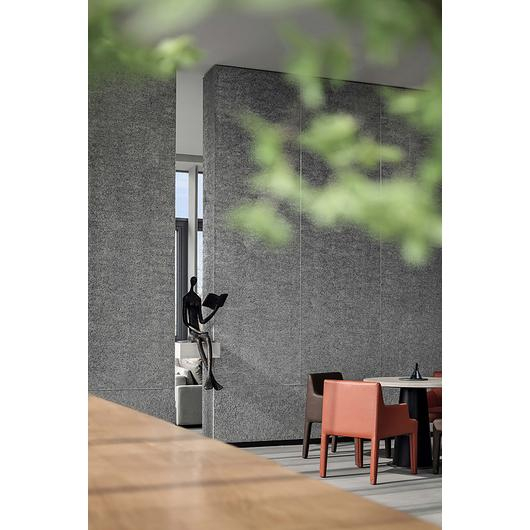 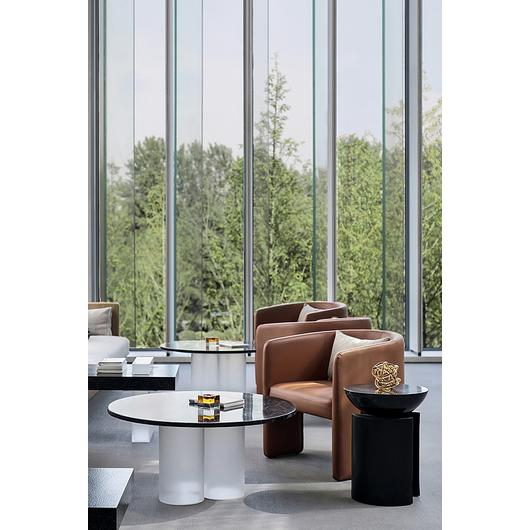 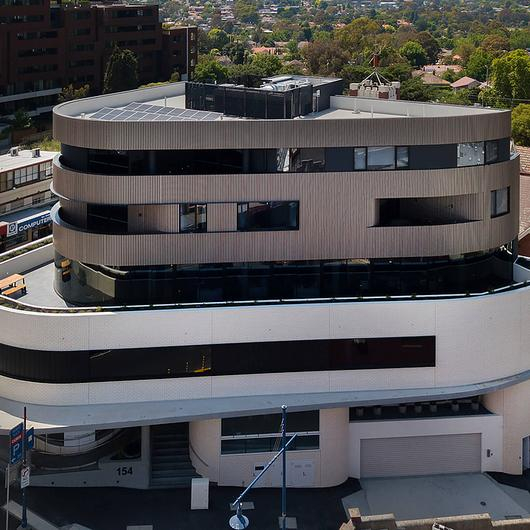