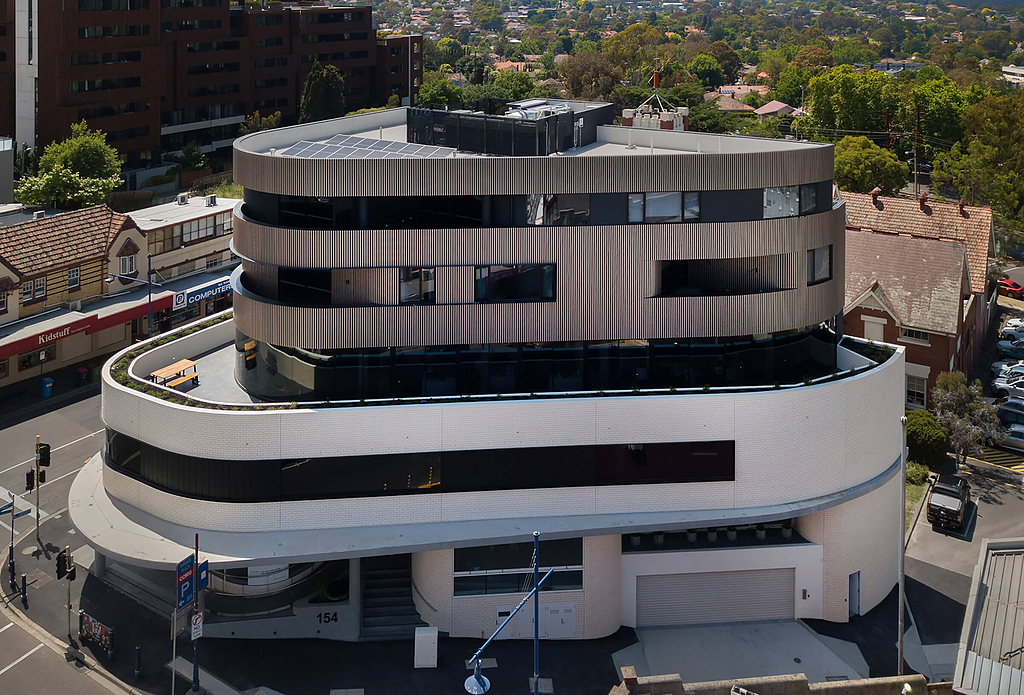 The building is bordered on three sides by busy public roads which posed logistical challenges with its construction. However, the speed and ease of installing Click-on Battens mitigated this issue on the upper levels.

The curved facade is clad in Sculptform aluminum Click-on Battens. They are installed on Sculptform's standard and curved tracks which were delivered to the site in a flexible state so that they were able to be wrapped around the substrate for a perfect fit. Batten clips were factory fixed to the tracks at the specified spacing sequence which helped to save time installing on-site. Battens were simply push-clicked onto mounting tracks that are concealed behind the battens. 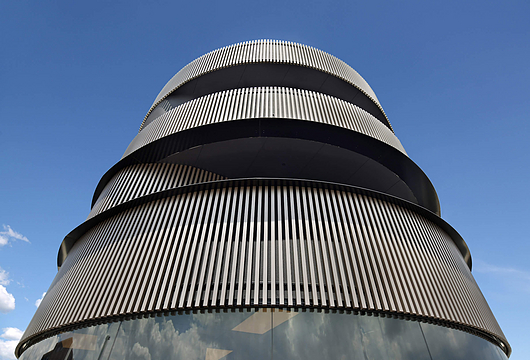 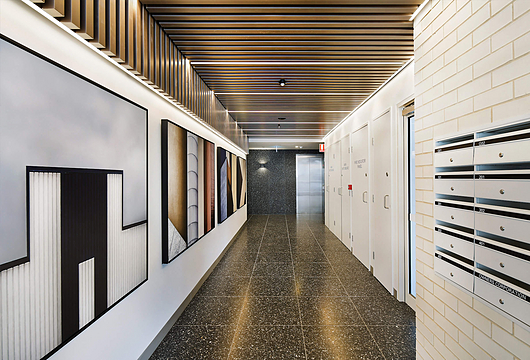