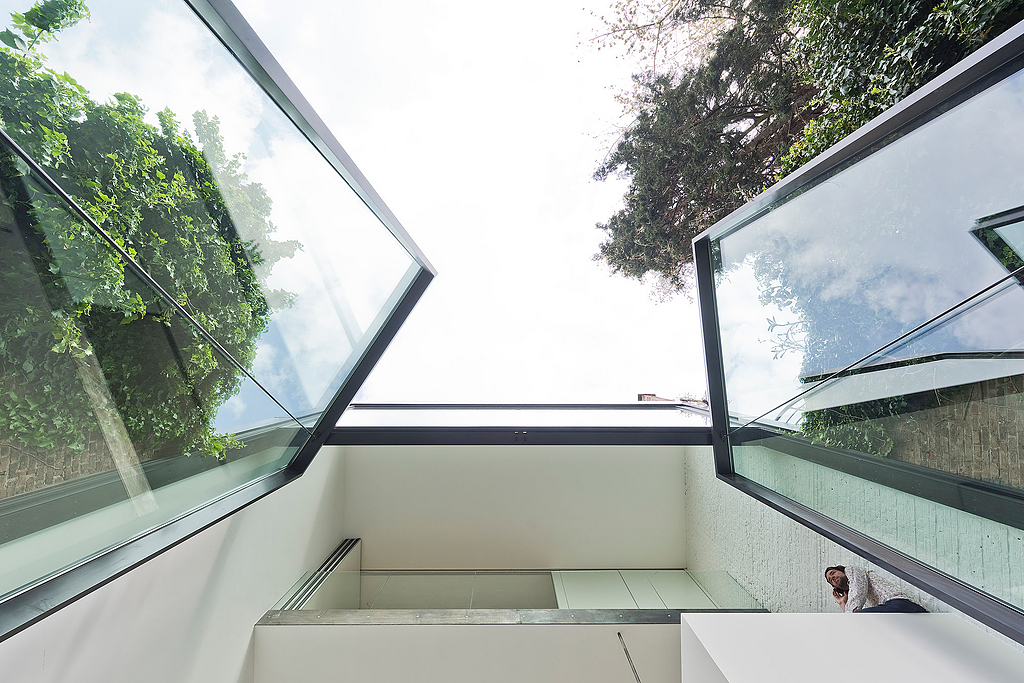 You could be forgiven for thinking that renovating a terraced house would have little appeal to an ambitious architect. The LALO property in Antwerp proves just the opposite, where local architecture firm Sculp[IT] created what has to be the most radical solution to the space issue, with the “largest pivoting window in the world”.

On the side facing the street, the neat historic façade of the townhouse was left intact, in order to preserve its history and bourgeois character. On this side, the renovation of the five-story house – including the mansard roof, which is just six meters wide – was carried out in line with local conservation legislation. On the garden side, however, the house was subjected to a radical transformation, opening up and extending the entire aspect. The contrast could not be any greater: while the front of the property – with its three neat little windows on each storey – looks quaint and compact, the garden side has an overwhelming openness about it. The building has been fully opened up above the previous extension to create a new space that spans three storeys. Rather than installing individual windows, the designers opted for a huge pivoting doorway, with two enormous glazed panels, each measuring three meters wide and six meters high, giving the house a completely transparent rear aspect. This floods the house with daylight and opens up the access to the garden, which was previously cut off from the main house. The new dining and living area, along with the gallery, create a harmonious union of space and light.

The new, open part of the building has a utilitarian, minimalist feel about it, with white plastered concrete walls, floors, and balustrades. The concrete of the ground floor has been polished, but other than that there is no interior decoration, as such. Above the huge pivoting double doors is another fixed glazed panel measuring six by three meters. Each window, including the frame, weighs around two tonnes. For safety reasons, the Jansen VISS façade-type Jansen profiles used to create the windows had to be reinforced in order to be able to withstand extreme winds and protect against break-ins.

For this purpose, Jansen was able to offer a sophisticated complete solution for high-spec façade designs, by combining new additions to its range of profiles, such as the highly static VISS steel profiles and the heavy-duty T-joints. VISS façades offer a combination of simple elegance, technical prowess, and economic efficiency. With regard to the LALO project, this allowed design aesthetics, structural safety, and efficient processing to be reduced to a single, common denominator. With this bespoke solution – which saw Jansen’s VISS façade get the XXL treatment – the unique profile system demonstrated its strength as a floor-to-ceiling, module field pivoting door. 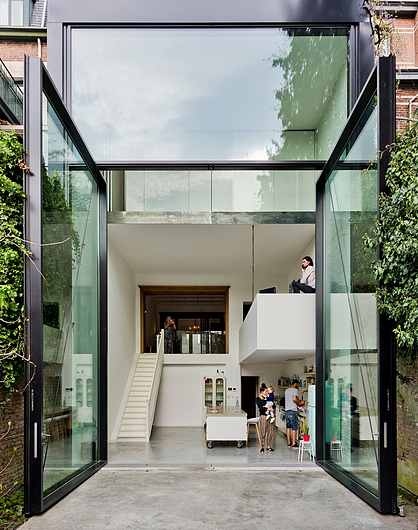