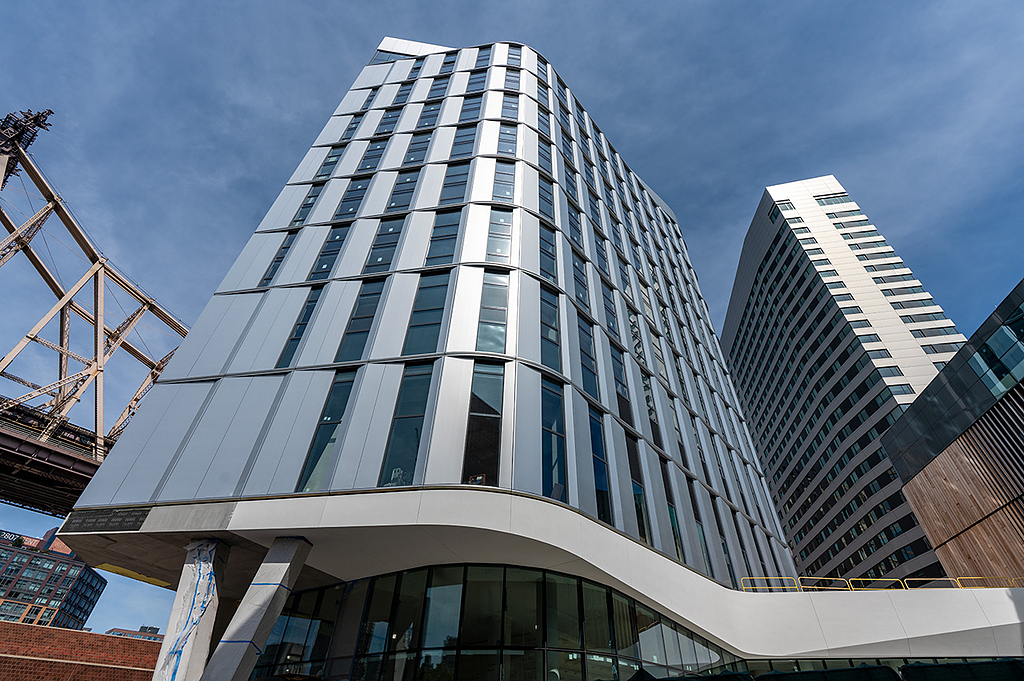 Completed in 2020, the “Graduate Roosevelt Island” is an 18-story hotel located within Cornell Tech's New York City campus. The façade scope, measuring over 64,000sf, was entirely prefabricated as 294 megapanels at Island Exterior Fabricators' Long Island factory. After assembly and glazing, each of the 26-foot-tall units were delivered to site via barge for installation onto the superstructure by Island’s team, over a span of just 11 weeks.

The custom-designed 2-story steel and aluminum megapanel enclosure creates a dynamic façade that changes appearance throughout the day, as light plays across the mirrored rainscreen finishes. This reflectivity, animated by the surrounding city, was central to Snohetta's design-intent for the project. Island Exterior Fabricators helped bring this vision to life through comprehensive preconstruction services including large-scale material sampling and mockups while engaging as a design-assist partner to support the project’s technical detailing.