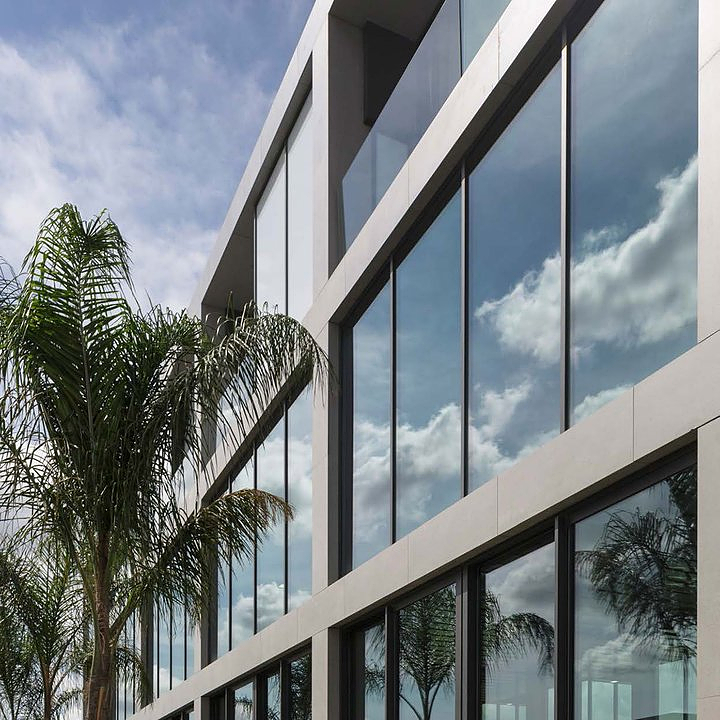 The Rafa Nadal Academy by Movistar, in Mallorca, was created in 2016 with the aim of becoming one of the centers of international level tennis. Launched by the athlete Rafa Nadal, the academy combines tennis and education with the aim that the students can develop tennis careers while continuing to train academically. The architectural project consists of more than 24,000 m2 of constructed area and impressive facilities distributed among the residence: training school, hotel, sports courts, changing rooms, bar, clinic and green areas.

Architect David Iglesias said of the project: “The premise of this project was to build a training academy and at the same time create a building for the entire city and for all of Mallorca. Therefore, the end result had to be composed of a very controlled space, specific to children, and a completely opposite one where people could move freely.
Consequently, the two buildings that make up the final project are quite poly-functional, each with its characteristics and level of security, and are perfectly related to each other, thus fulfilling the objective set. ”

The Rafa Nadal Academy becomes a true showcase for Dekton® surfaces. Cosentino Group installed more than 40,000 m2 of Dekton® in all thicknesses and for different applications such as cladding, floors, countertops, stairs or baseboards, especially highlighting its use on the facades of the two main buildings of the complex, the pools and the area spa.

Silestone and Dekton in Lorea Restaurant