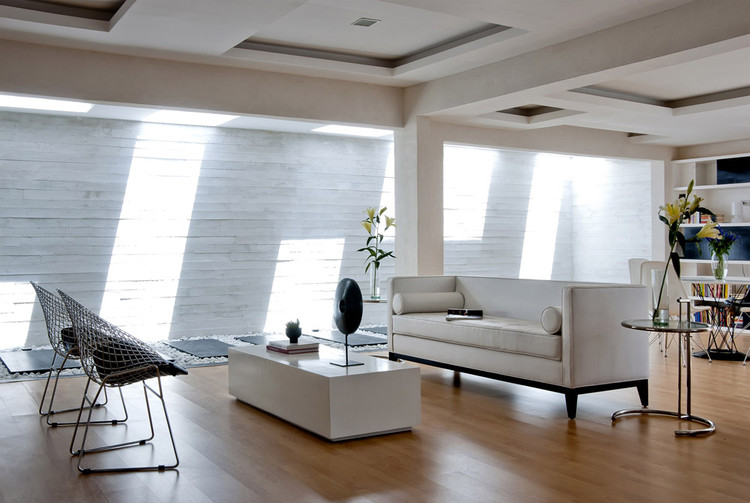 Text description provided by the architects. The owners of the house, a young couple who are both editors for a national daily broadsheet, bought the house on the spot even though it was almost in a dilapidated state, because of the potential that they saw in the spatial qualities rather than physical. they knew that they structure's physicality can be improved through simple repairs. It was a rundown structure probably constructed in the 80s (with the typical arched collonades and annay finish prevalent during those times), which didn't maximize its own potential in terms of space and aesthetics.

When we (buensalido+architects) saw the site condition, we were quick to agree that the structure could be converted into a unique residence by giving focus to an open, pre-existing courtyard right in the middle of the house. Instead of an excluded outdoor space, it is now stitched to all its rooms as they all flow into it both physically and visually. By employing a series of glass skylights above the courtyard, it now becomes part of the interior spaces as it can be used as an extension of the living and dining areas, but at the same time feel aif it were an outdoor space as people can still catch glimpses of the sky through the glass cut outs on the ceiling.

These cut outs on the ceiling were derived from an exercise of scale. The dimensions of these cut outs originate from the size of the courtyard, mirroring its shape and importance in the house. These imaginary boxes were then plastered all over the ceiling in different sizes to become cut outs from which concealed lighting emanate. These cut outs also become skylights in select areas, flooding the interiors with natural light and an ever changing play of shadows, depending on the location of the sun. On the east portion of the house is what we fondly call the 'axis', which is considered as the accent space for the interiors. Ts is where the pedestrian gate, approach, foyer, and an interior rock garden is located, further blurring the boundary between inside and out.

The facade, which was originally designed as a series of triangular gable roofs, were squared off to achieve a more contemporary aesthetic. An 'architectural frame' wraps its entire surface which appears simply 2-dimensional, but then it continues to become a 3-dimensional form as it juts out to become a plant box. This frame is rendereded in stucco white, accentuated with treated wood planks stained in black. This black and white color scheme becomes the theme even for the interiors of the house, as reflected in the surfaces, shelves, cabinets, and furniture. 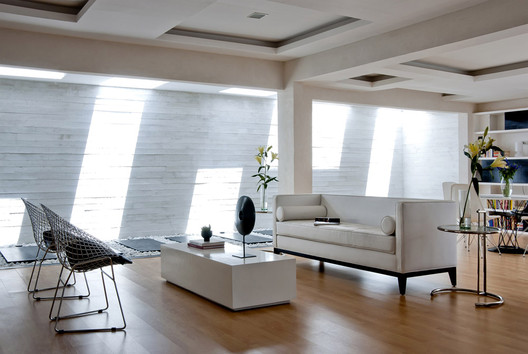