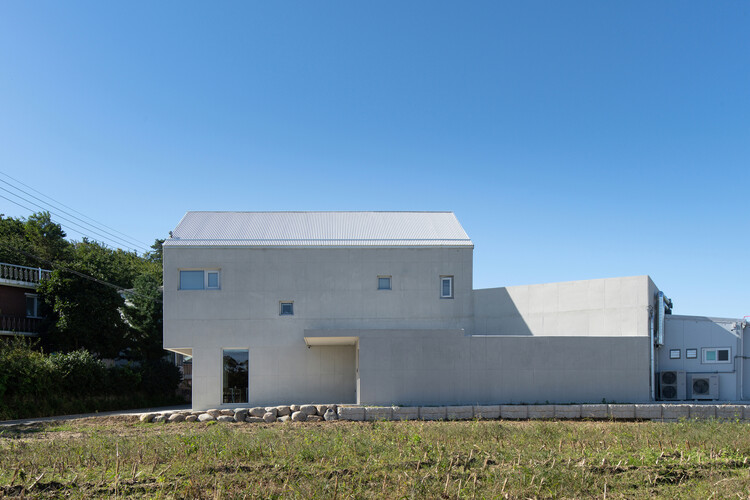 Text description provided by the architects. The house’s site is located as a two-story gable concrete mass in the landscape of suburban dwellings used as a cornfield. The design concept of the house is to make the space experience free without being rigid through the transition of void space and gaze that occur through movements such as fish swimming. The composition of the mass connected to the unfinished concrete surface emphasizes the weight and materiality firmly fixed from the ground, but the space's twisting and the mass's removal considering the surrounding landscape and the sun's direction reveal the firmness and dynamics of the space.

The galvanized corrugated roof brightens the atmosphere by appropriately adjusting the weight of the building. The upper floor mass of the gable reveals the typical type of housing and expresses the distinction between commercial facilities and houses in a form lifted from the ground. As a commercial house in an independent form in the suburbs, it is hoped that it can be a meaningful tangible proposal for appropriate coordination between residence and workplace.

The facade, in which the concrete wall moves in various directions and the metal roof is overlapped, expresses the space as a lively state through changing light and shadow. The void space in the middle between the residential space and the commercial space becomes a transition space for residence and work. This space forms an appropriate boundary between programs and becomes a space of sensation where you can feel the change of time inside a building.

The first floor above ground is used as a restaurant, and the inner hall and kitchen form a dynamic boundary through the concrete mass and void space of the stairs and toilets. A plywood wall with patterns was used to contrast the exposed concrete ceiling, walls, and floors.

The interior of the house is contrasted with concrete, plywood, white, and black, and forms a bright atmosphere through a high floor height. The upper part of the kitchen on the first floor is used as an independent terrace space for the house. 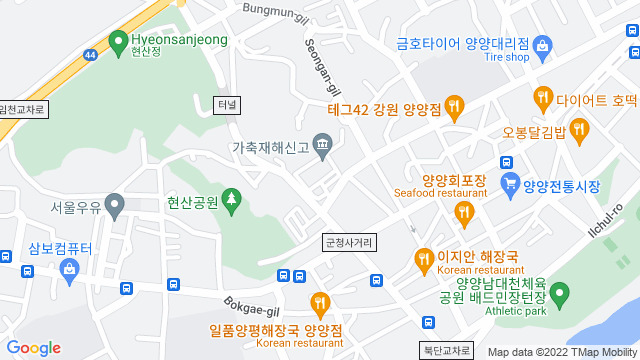