The fourth edition of the Timișoara Architecture Biennial, or Beta, is focusing on the theme of “the City as Common Good”. Through a wide range of events, Beta aims to address topics that are relevant and urgent globally and explore their impact on the local built environment and its response to the needs of the communities. Taking place at various locations in the city of Timișoara, Romania, this year’s festival begins on September 23rd and ends one month later, on October 23rd. 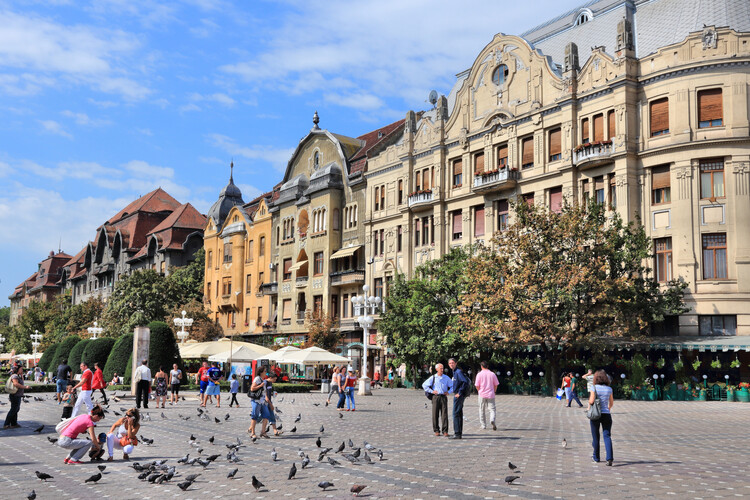 Through this theme, the biennial explores and develops upon the meaning of “the right to the city”, a phrase first proposed by Henri Lefebvre in 1968. The idea has gained power through social movements that call to action to reclaim the city as a co-created space. By presenting these subjects to a larger public, Beta hopes to encourage everybody to become more active and involved in the efforts to create more sustainable, inclusive, and enjoyable urban environments.

For this edition, the main exhibition, titled “Another Breach in the Wall”, is dedicated to projects and actions that aim to improve urban spaces by questioning the codes, rules, and regulations that guide the usage of public spaces. The exhibition is curated by Daniel Tudor Munteanu and Davide Tommaso Ferrando. “The Line”, another exhibition by photographer Laurian Ghinițoiu and Dorin Ștefan Adam, explores the concept of lines, borders, and thresholds as real or imaginary limits that can both separate and connect spaces.

The biennial also organizes themed architectural tours that invite architects, urbanists, and historians to meet with citizens and explore together the city of Timișoara. Some of the tours hope to help citizens rediscover local historical neighborhoods either by foot or by bike, while others bring attention to spiritual or educational spaces within the city. The guided tours also explore the unseen history of demolitions, transitions, and reconstructions, and compare the different layers of urban development, from Habsburg urbanism to Communist-era systematization. By investigating and understanding the built environment, citizens are encouraged to pay closer attention and to take action, thus becoming become active actors of change in the city they inhabit.

We invite you to explore the program of Beta 2022 and its coverage on ArchDaily.