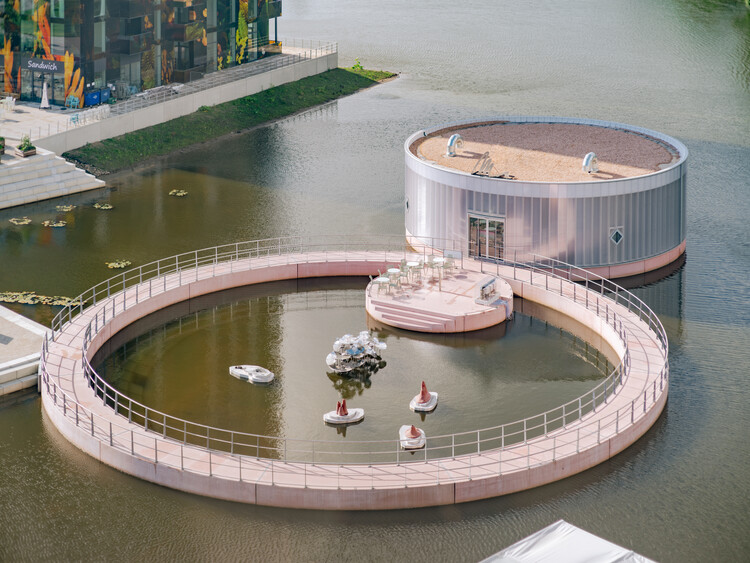 Text description provided by the architects. Three Floating Rooms / Art Pavilion M. started as an invited competition for a museum of Land Art and Multimedia in October 2020, promoted by the city of Almere, a city in the Netherlands built in the 1980s, a ‘new town’ in Flevoland. Flevoland is the 12th and last province of the Netherlands, the result of the largest ‘reclamation’ work in the world. It is an area that was once the Zuider sea - the inner sea of the Netherlands, and that was transformed into agricultural land in the 1920s. Built on the waters of Weerwater in Almere, Art Pavilion M. opened during the horticultural expo Floriade in spring 2022.

In this context, we imagined the museum and its outside areas as a sequence of three tangential rings: The ‘Port’, the ‘Stage’, and the ‘Observatory’. The Port encircles a water plaza, to be curated and cultivated, where art can be displayed, music played, and birds and plants observed from the ring. Like a port, barges may dock its outer perimeter, and visitors can arrive by boat. It functions as a public space on the water when the museum is closed, where one can swim or fish, and as a promenade to the museum during opening hours. The Stage, a second circle, is the terrace of the museum, within the ring. Docked along the perimeter, it becomes the outdoor terrace of the museum.

While performing like the day-to-day museum’s terrace, the platform can become on special occasions a stage on water, a place for performances, concerts, or outdoor exhibitions. The Observatory is a lightweight timber and polycarbonate structure enclosing the exhibition rooms, reflecting and filtering the shades of the water and the surrounding vegetation like a greenhouse. It is fully enveloped by a curtain where cut-out shapes allow light to filter through in different ways, creating a facade made by light and is oriented on a north-south axis, following planetary alignments: the four windows look at the dawn and dusk axis of winter and summer solstices, while the roof is covered in shells, filtering rainwater, offering a buffet to the birds of Floriade.

We thought of the museum of land art and multimedia in Flevoland, as a place that could give the possibilities to display, interact and perform on water, to work as a port for art, but also literally as a port, where boats or other floating installations may dock, or inhibit its enclosed pond; a place that will remain public even when the museum is closed, becoming a place to be circumnavigated by canoes, or where to fish and swim in the summer and ice skate in winter.

The history of the region comes back in the materials, with the ‘Surf and Turf’ terrazzo, made with local shells and horticultural supplies, embedding narratives of the place in the materiality of the building. 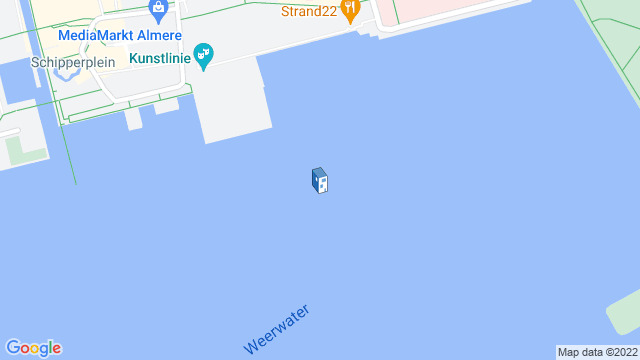 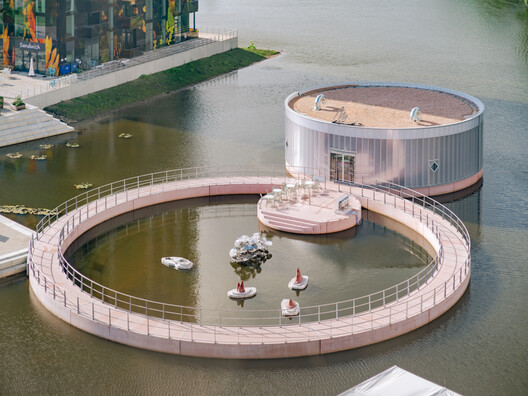