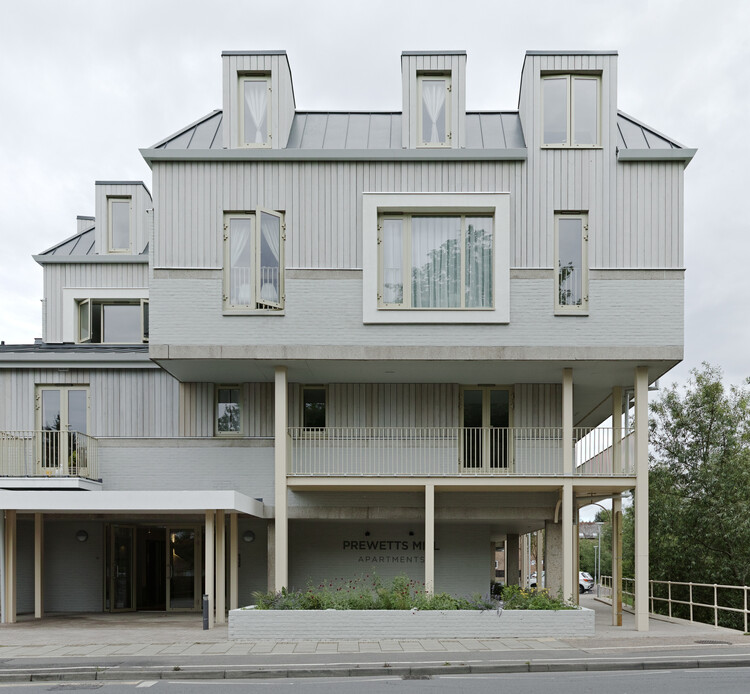 Text description provided by the architects. Exploring what it is to give structures a new purpose, t-sa have completed a façade and common space project in Horsham, West Sussex. The client asked for a reimagined future for an old flour mill and office building set to create 59 new apartments. Awarded by invited competition, the commission was to design a façade for the conversion and to enhance the site through economic design and careful consideration of the public and shared spaces.

The site is approached from the south over the River Arun and the north from the higher vantage point of the town center. The site’s visibility and recognition change seasonally, and distant glimpses of its roofs are caught through trees. The mill sits proudly on a busy intersection with retail surroundings. The office building adjoined, with its imposing horizontal slabs and band glazing, sat at odds with the host mill.

A market town, Horsham town center is characterized by the steep roofs and dormers (the Carfax, market square) and the London plane-lined streets of 17th, 18th, and 19th-century housing. Nearby areas that were formerly industrious with numerous mills or occupied by artisan cottages are now predominantly offices, large retail premises, and mixed-use developments. To re-establish the structures in the townscape, a vertical rhythm was applied with a formal composition of openings and materiality, fracturing the overwhelming horizontality and association to the open plan function.

A new rigor was instilled by inserting a set number of window proportions and facade details. The new language of the façade and roof-scape characterizes the residential purpose, evokes notable local characteristics, and speaks simultaneously to a universal language of proportion and order. A subtle and muted color and material palette are employed. Tactility is emphasized through simplification by painting the existing brick, exposing the concrete banding, introducing larch cladding, and subtle relief between planes.

t-sa were also asked to design the common areas, the spaces connecting the public realm with the private domain of the home. Often neglected, the client sought a distinctive design for these in-between spaces, showing the same spirit of generosity to the lobbies, staircases, corridors, and connecting walkways. t-sa continued the language of verticality, rhythm, and tactility to these spaces. The careful use of terrazzo tile and walnut joinery evokes warmth and elegance.

A floor-scape marks journeys, thresholds, and transition spaces and an awareness of the individual and the communal simultaneously. Horsham’s many open spaces and pedestrian routes have places to pause, sit and take in the environs. The same spirit was carried through to enrich the public realm of Prewetts Mill through planting, seating, and lighting, which buffer the site’s edges with the River Arun and the surrounding streets. 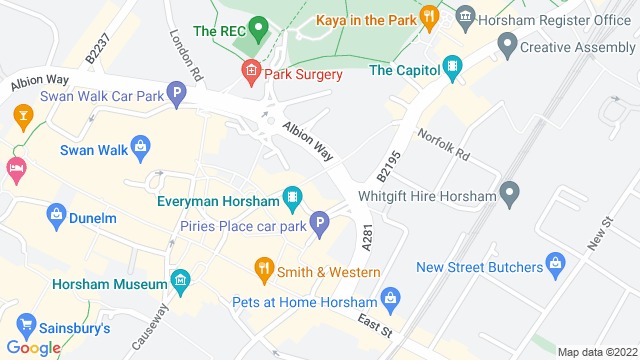 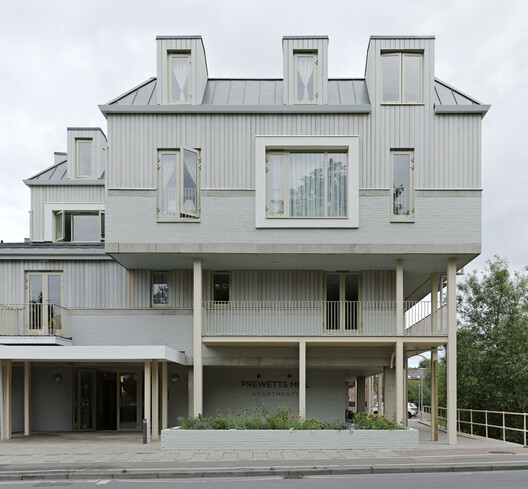