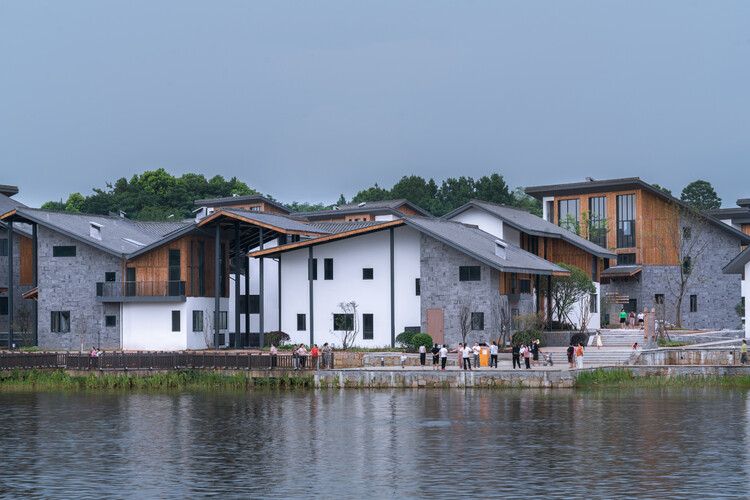 Text description provided by the architects. This project serves as a community for relocated suburban residents, which includes 400 households from six nearby villages. Phase 1 of the project was completed in 2021, as villagers moved in and a variety of small businesses started to bloom, a sense of community has formed spontaneously.

Live Under the Roof: Then and Now. The layout of most local villages is spread out and spotty, which lacks coherence and interaction between neighborhoods. While we intend to keep the necessary separation to respect residents’ privacy, we also try to emulate modes of social life via placemaking, to revive the ever-dwindling sense of community in the modern era. Our mission to emulate such social interaction stems from the study of a historic type of architecture –“Northern Hunan Big House”, which promotes such a lifestyle.

To Emulate an Old Lifestyle. As a community for large families, a clear organizational logic is created by using a hierarchy of axes and courtyards. The roofs are always interconnected to provide protection and shade. We tried to decompose such organization with a linear process: understanding the axes - studying the figure-ground - separating the households - un-ritualizing, and finally, sorting. As a result, six basic components are identified to form a variety of combinations that enable motorized traffic at the perimeter while keeping the courtyards at their cores.

The Inter-connected. As the houses are separated to respect residents’ privacy needs, the inter-connectivity of roofs serves as an important factor in our design philosophy, as it defines the locals’ unique lifestyle over the course of history. We use steel and wood to recreate and emphasize such structures, in the hope of encouraging interactions between neighbors.

Epilogue： The best of both worlds. During the photo shoot, we met an elderly having a great time hanging out with his neighbors. He told us that he really enjoyed living in a house that was separated from others. We are pleased to find the project as a successful manifestation of our philosophy -- a closely-knit community that promotes social connectivity and respects personal space at the same time. 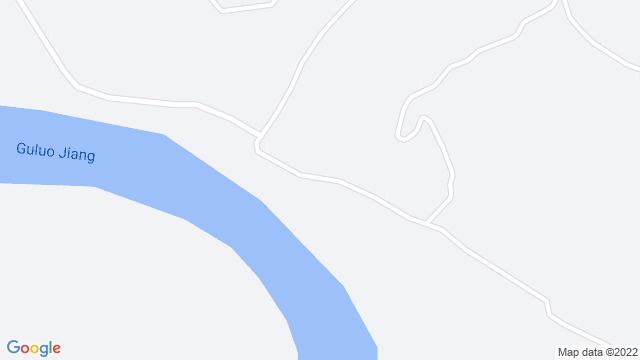 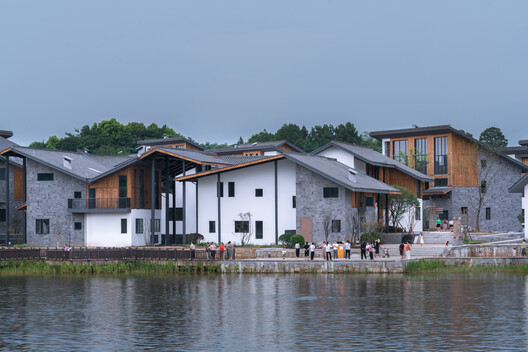