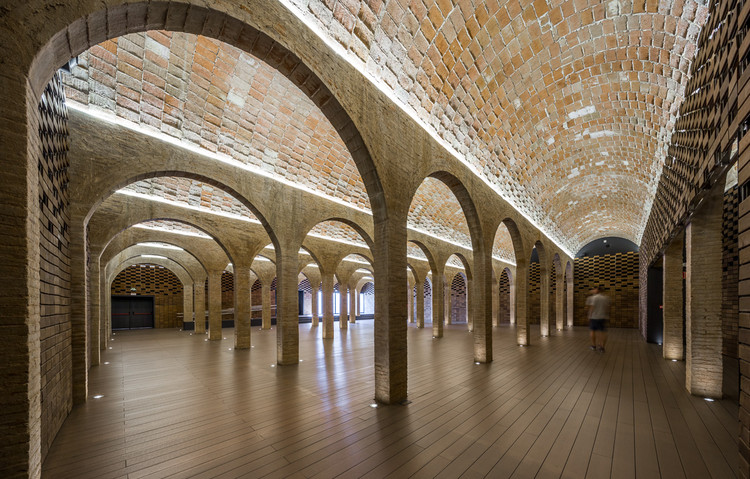 There are spaces that arise as a lucky and unexpected discovery—Serendipity of X Y Z axes. Faced with the surprise of finding an unforeseen space, the need arises to give it a purpose and a social dimension with new activities. A space of potential energy that, when discovered becomes part of our collective knowledge, becomes kinetic energy. The kinetic energy becomes social when the space can host a program.

The discovery happened with the Rei Martí reservoir, an old water retention reservoir on the old estate of the Bellesguard tower and viaduct, the work of Antoni Gaudí. A buried deposit of more than 600m2 dated at the end of the 19th century had been forgotten under a pine forest until it was accidentally rediscovered 20 years ago.

Serendipity demands humility, the ability to refine mechanisms in order to listen to and connect with spaces and people, often far from our known and reliable environment. Our first strategy was to maintain that mysterious condition of the deposit and invite the citizens to reappropriate it and share the emotion of the unexpected encounter.

A small budget allotment allowed the district of Sarrià - Sant Gervasi in Barcelona to project a strategy of reappropriation of the deposit to convert its potential energy into kinetic energy and in turn prepare it for future social energy. An exercise in recycling the city that transforms a water retention tank into a cultural facility. A new space that can be anything.

For this, the project space must respect the character, code, nature and materiality, the footprint of the water and the strength of the original deposit. It has to be a space that understands and reinforces its structure of pillars and arches every 3.5m and values its Catalan-style ceramic vaults. We could not allow ourselves to change the space, on the contrary, we had to promote its strength and its original condition.

The access to the reservoir is through the Bellesguard street, creating a new public space for the neighborhood that acts as an exterior entrance hall at the same time. A square that bridges the difference in level between the street and the reservoir, creating connections and visual relationships with the Bellesguard tower through the materiality of the large concrete walls that integrate with the pine forest above the reservoir. This square also functions as an urban activator with the inclusion in the program of a cafeteria that appropriates the square and acts as a hinge between the entrance to the reservoir and the public garden above it.

Inside the tank, the ceramic arches and vaults maintain their original character and the traces of water and lime. Some constructive elements are emphasized with lighting to make them the only protagonists. Meanwhile, the floor and the perimeter walls are covered with wood that connects us organoleptically with the forest that is on the roof of the tank and allows us an acoustic control of the space. The deposit wants to offer the city the opportunity of a different cultural experience. 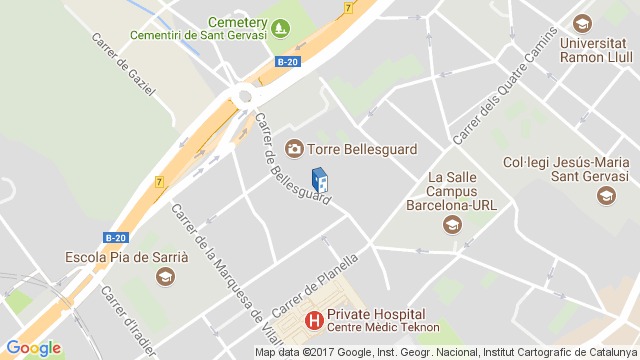 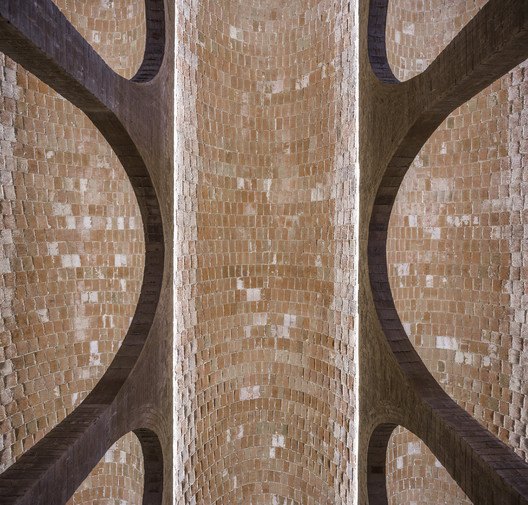