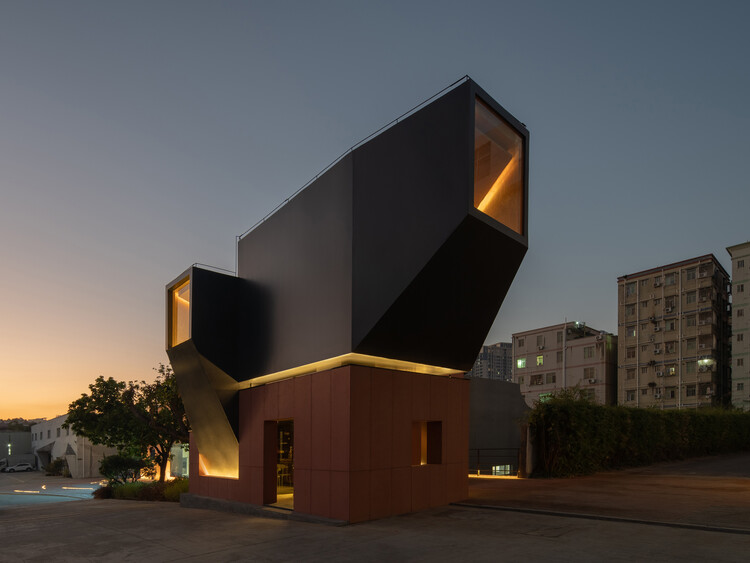 Text description provided by the architects. Shenzhen Pingshan Sculptural Art & Creative Park is located in an old industrial district with abandoned factories at the foot of Maluan Mountain, Pingshan District, Shenzhen. Covering an area of 30,000 square meters, this transforming culture park has become the new home for a number of creative studios and artists specializing in especially sculpture, painting, and calligraphy since the 2010s.

In 2019, the architect was invited by Mr. Liu Xiaodu, the director of Pingshan Art Museum and Eastern Shenzhen Cultural Development Company, to renovate the public spaces of the park. After examining the site, it was clear to them that the park consisted of two distinct sets of spatial materiality that speak to the complex urban memories and the city’s temporality. The northern part is composed of old factories with relatively large volumes that are mostly coated with white stucco, and decorated with black metal doors and window frames. While the southern area is constructed from a series of small-scale red brick houses and brick-paved steps hidden in the shade of trees.

Reconnection. Responding to the clear demarcation between the old factories and residential buildings respectively scattered on the north and south sides of the main road, the architect proposed to create a main axis of public spaces in the center of the culture district given a fairly limited renovation budget. This design intervention seeks to provoke dialogues between buildings of diverse materials and scales through strategic and visual reconnection.

An elongated pavilion made of red brick and black steel stretches across the entrances to three exhibition halls, and forms a continuous public corridor. The original roadside parking area was rearranged to the west side of the district, transforming the main street into a major public space for pedestrian activities. The corridor system also extends from the main street to the back street to provide guidance for the public to explore more while offering necessary evacuation passages for the old factory spaces. The renovation adopts a low-interference strategy which not only ensures the integrity of original building structures, but also allows the historical traces, such as the vibrant climbing vines and graffiti on the walls, to be preserved as much as possible.

Regeneration. In the middle of the district stands an abandoned security guardhouse that has been in solitude for many years, and it was suggested to be demolished in earlier reconstruction plans. The architect proposed to preserve and revitalize this fragment of architectural memory. Therefore, a small “art lantern” was created using this aged building: the second floor could be used as a temporary exhibition space and the first floor as a visitor center open to the public for information release and beverage sales.

The existing skeleton of the security guardhouse, being its walls, door, and window openings, is now preserved and clad in red cement fiberboards. The art space on the second floor is built as an independent steel structure grown out of the original guardhouse with a 10cm vertical gap reserved between the new structure above and the old wall below, allowing light to transmit in between the past and the present.

Inward Excavation. The facade renovation of the main exhibition hall continues the narrative of the nesting relationship of red and black. It echoes the original sloping gable roof of this factory building and the contour of mountains nearby, forming a geometric hilltop with an abstract composition. The main exhibition hall has an interior space of 1,000 square meters, but the height clearance was only 3 meters below the trusses in its original state, which was significantly insufficient for the needs of contemporary art exhibitions. Given tight construction budget, the architect discussed with the museum curators and the contractors on several options. As a result, the original proposal to lift the entire roof of trusses was modified into digging down 1.5 meters for a proper ceiling height with minimal cost.

When the pavilion complex was completed in September 2021, it served as the Pingshan sub-venue as part of the 17th Shenzhen Cultural Expo, and accommodated more than 20 contemporary artists' sculpture artworks. Many large pieces were installed successfully in the sunken area inside the exhibition hall. In the future, Pingshan Sculptural & Creative Park is expected to become a vital part of the cultural and artistic community in Pingshan, Shenzhen, and continue its mission to provide this rapidly industrialized city with a place of inspiration for culture and art production. 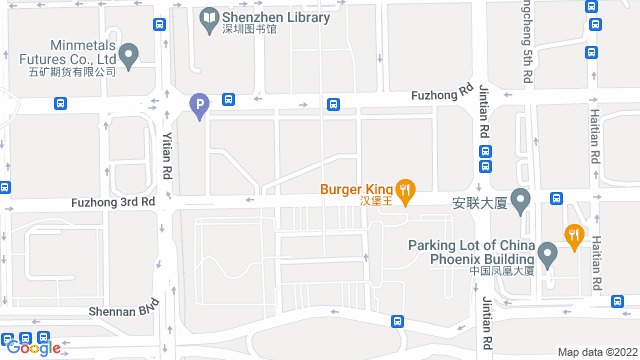 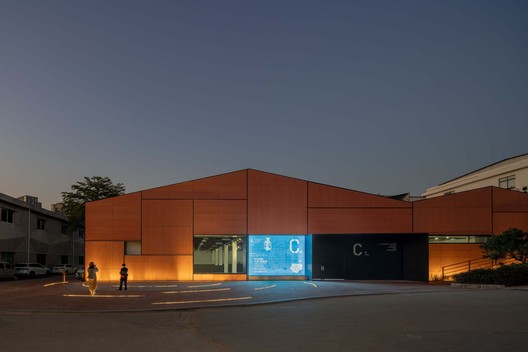 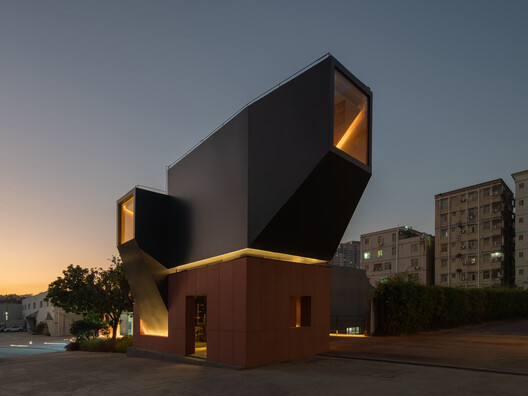