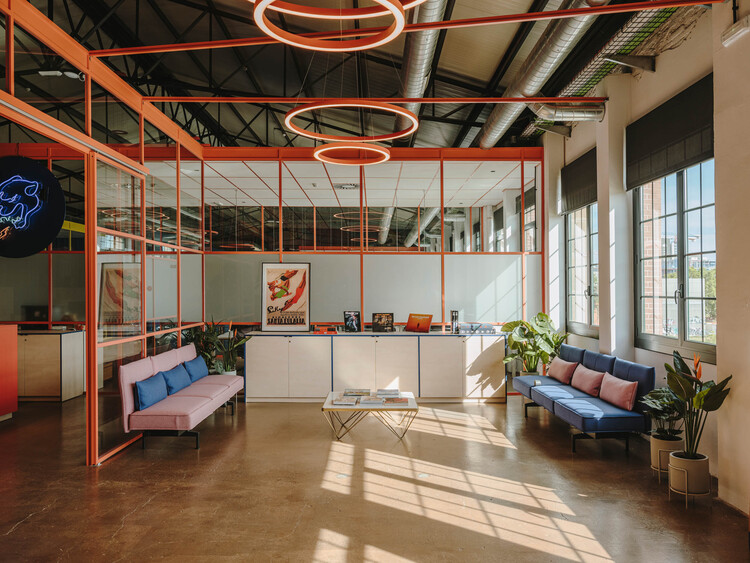 Text description provided by the architects. Sauvage Tv is one of the most creative audiovisual companies at the moment and is in full expansion. Therefore, when looking for a new space for their offices, they were very clear about the requirements that the space had to meet. The first one is purely functional. It had to be a large space in which they could accommodate a vast coworking space, in addition to having different closed areas for recordings. This large space should also have a unique character in order to convey the firm's strong personality.

The current pandemic has greatly changed the way we work and relate to each other. Naturally, it has also left its mark on new interior design projects, whose approaches comply from the outset with the health and safety measures that seem to be here to stay. Open, well-ventilated spaces, with defined staff flows and spacious rooms, are already a requirement for many companies and a challenge for interior design projects.

Can Illa, an old industrial site from the previous century that occupies an entire block in the 22nd district of Barcelona, complied with these preconditions and provided other qualities of great value that have been enhanced by the design and reform that was carried out.

This large 650m2 hangar is today an office reigned by creativity, but also by natural light. The entire length of the building enjoys magnificent lighting thanks to large windows. With this, not only enormous energy savings are achieved, but the well-being of employees is also increased. An example of this is the afternoons, moments in which the warmth and the special tone of light that floods the entire space can be enjoyed.

Thus, despite the fact that the visual impact implied by the magnitude of the empty nave has been maintained and the sequence of roof trusses has been left visible throughout the length of the building, the large windows provide warmth, which counteracts the great weight of the other large elements.

The inspiration for the interior design project has been the streets of the city of Barcelona and their idiosyncrasy. An immense graffiti represents all this on the interior of the offices. Chromaticism is a fundamental aspect of the project, managing to contrast the industrial brutalism of concrete and steel with striking primary colors and a perfectly balanced result. The same colors were later used for the main furniture to gain additional harmony.

Another element that takes us directly to a street full of life is the central corridor, which runs almost completely along the longitudinal axis. From there, it is not only possible to access the different workstations, but the space has also been adapted to serve as a meeting point. Benches and planters, totally inspired by street furniture fulfil this function perfectly. 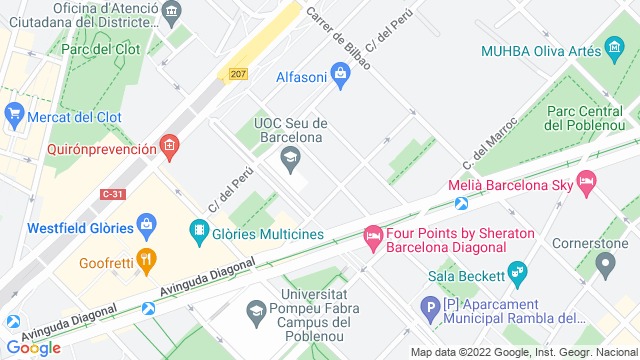 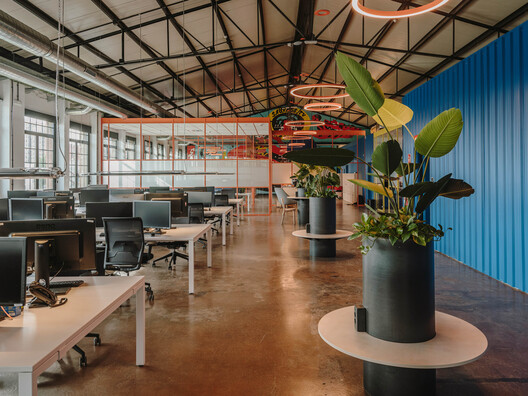