Text description provided by the architects. This compact single-storey office building of a local company has been designed starting from the renovation and the reuse of a centenary wooden house located in Shimada, a village in the Shizuoka Prefecture in the central south coast of Japan. The renovation work took action in various aspects, from the replacement of the rotten and unrepairable parts both inside and outside the construction to the design of the interior spaces and distribution.

The house presented an extension along the whole side of the construction facing the courtyard that exceeds the dimension of the original structure. This was added years after the initial building had been completed, and it started to show his age quite evidently. The pinkish corrugated steel on the facade and the roof got covered by a layer of rust caused by a long time of decay and lack of maintenance: hence come to the new metal plates, which present the same corrugated shape and the same texture of the old ones, but with a grey color as an only variation. Within the new facade corrugated steel, new openings have been added on the street side, meanwhile, the high metal fence that surrounded the property is now open along the public street, making it much easier for natural light to come inside brightening what, before the renovation, was a relatively dark and enclosed space.

Similar to what happened with the exterior, even in the interior, the renovation started from removing and demolishing all the broken and damaged elements which got rotten during the years and the state of disuse in which the house has been for a long time. The extension’s walls and ceiling have been repaired and all covered with wooden panels all over their surface. The entrance floor is made of polished concrete and it lays on a lower level than the other rooms of the office building, being this a traditional feature of the Japanese-style house called Doma. Both the primary and secondary structure of the extension has been reinforced by adding some beams and some new pillars, especially where the external corrugated metal sheets have been replaced, and with them also the wooden structure that supports the metal cover has been fixed.

Most of the furniture given within the original building has been removed and replaced with contemporary wood and metal tables and stools, giving the renovated place a bright, light, and transparent atmosphere, perfect for working and welcoming guests. Not everything inside is new though, we decided to keep the original washbasin in the same location where it was put in the first place.

This is not only because it is preserved in a surprisingly well state, but also because it has a crucial part in linking all the different time periods in which the dwelling has been built. The washbasin left is a testimony of the past, and together with the structure of the 100-year-old core, is now a part of the contemporary design where the beauty of renovation takes place. Multiple elements constructed by different workers in distant ages are combined to give a new life to an otherwise abandoned and possibly forgotten building.

The final result is a design with a clear distinction between old and new, original parts and extensions are easy to understand already from approaching the project. The renovation work made the contrast even stronger and evident, reinforcing the nature itself of the building. Shimada house is used to show its age and the different ages in which it has been built: the main work was to fit them together, and after the restoration, this is achieved in every aspect. 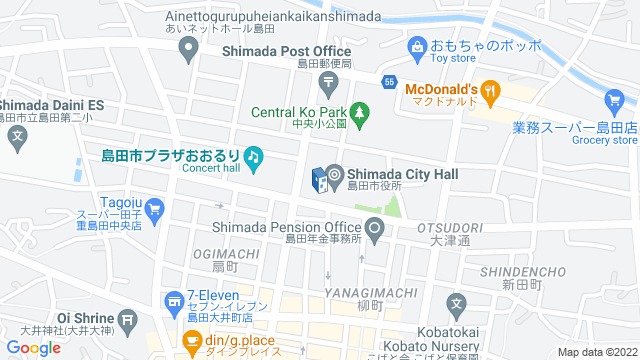 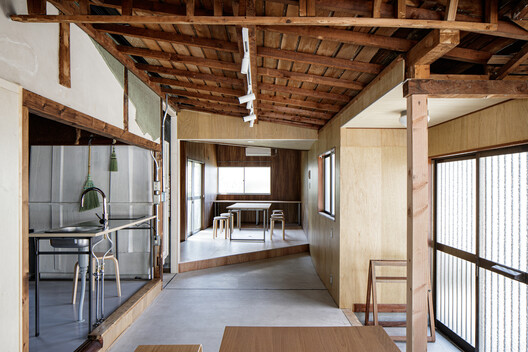 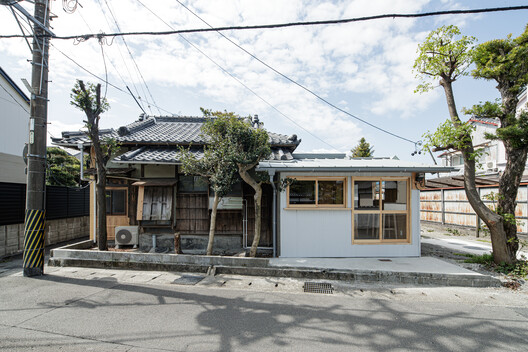