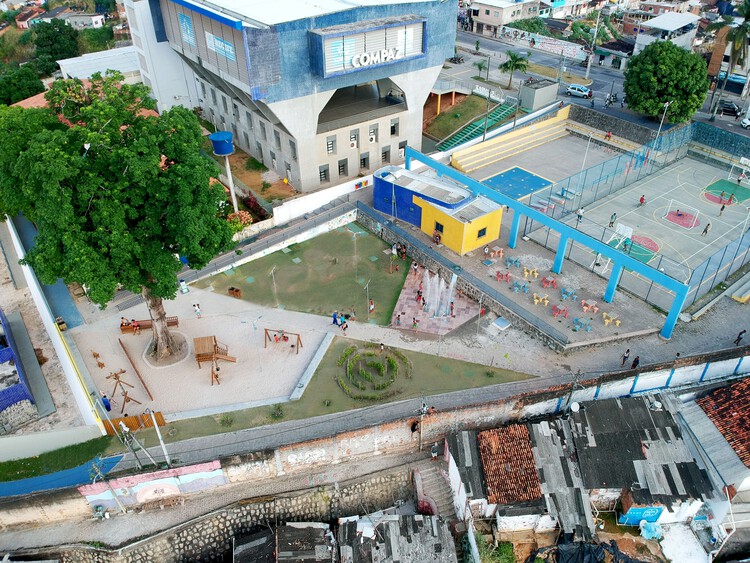 Text description provided by the architects. Based on fundraising, project management and works carried out by ARIES (Recife Agency for Innovation and Strategy), the project began with the community, starting with on-site workshops with the involvement of children and the network that surrounds them. The information gathered in this dynamics brought material to the Executive Project in 2019. In 2020, with the pandemic context, 25% of the planned amount for the construction was directed to hospitals, which led to a revision, for budget adequacy. The tactical urbanism and the co-construction led by Lazo and ARIES were actions that were linked to the First Childhood Project, based on Urban95 of Fbvl, which aims to improve the urban quality aimed at children of early childhood, a safe and playful city for children, is also good for all(os).

1. TACTICAL URBANISM. Together with the community, we built an ephemeral square, which boosted the engagement and sense of responsibility with the place, held 4 workshops in April 2019 and ARIES a previous work of engagement with families. In the first workshop, about 20 children and 5 mothers participated, which was important to understand the profile for the assembly of the intervention, with the majority of children. The later workshops served as a north for the whole process of creating the project. We realized the desire to see stars, balloons in the tree, swings, slides and a water fountain. The number of participants increased and we reached 70 children and caregivers(s) who installed and celebrated the departure of the project.

2. ARCHITECTURAL PROJECT. "one thing is the physical place, another thing is the place for the project. And the place is no starting point, but it is a finishing point. To realize what is the place is to already do the project" - Álvaro Siza In addition to technical decisions, we understand the nature of the place and the interaction with the community. Looking beyond the physical object, as Siza says, previously underutilized and/or in conflict of interest, was fruitful. With the budget cut there should be a "loss" to the project. But we saw an opportunity: to take better advantage of the main element - a Paineira with 12 m. The review developed in 6 weeks, demonstrated the relevant need for adequacy of the executive projects and the budget. There was no possibility of reduction of the intervention area and no change in the diameter of the party adopted in the initial project. The project’s transformation included layout revisions that suggest the reuse of existing paving areas and the rescue of natural systems - with materials, soil and tree planting - that make the project execution less complex and a lot cheaper. From that, it was possible to maintain the dry fountain and the playful topography, without harming the expectations already left in place According to the initial project, the square was intended for children aged 0 to 3, all planning took into account such objectives. It expresses the opportunity of the appreciation of free play in the natural soil with drainage, gardens and the enhancement of the tree, a strong element in place. 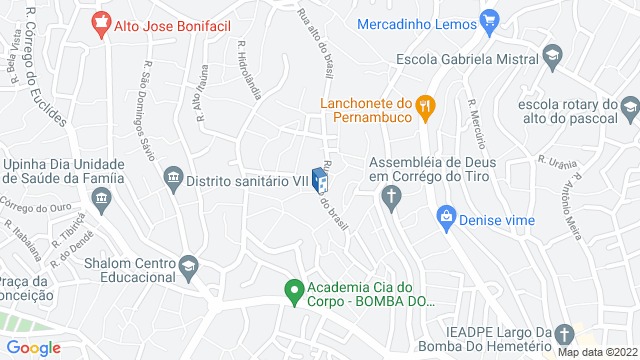