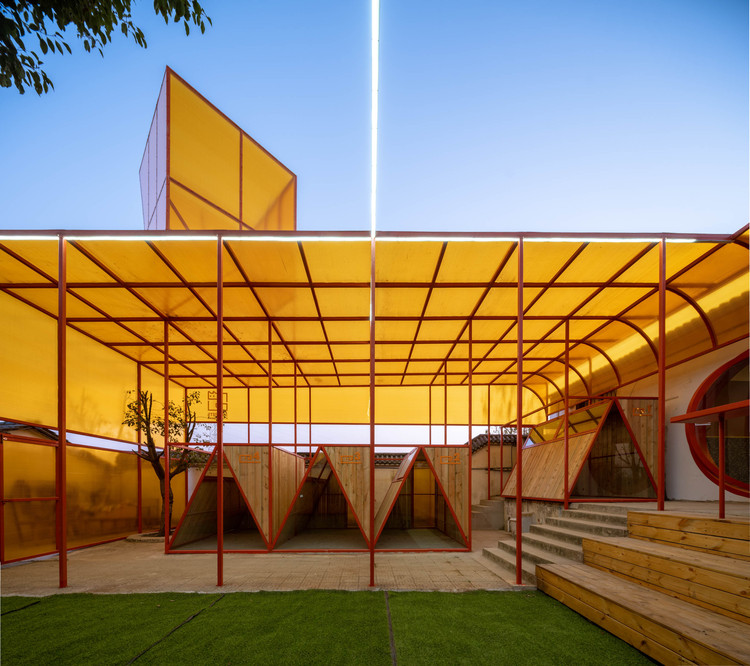 Text description provided by the architects. This public welfare project is the renewal and transformation of the adoption area of the association's popular science education base by the Luhu A8 Design Center(A8DC) in conjunction with the Animals Asia(AAF)and the Wuhan Small Animal Protection Association(WSAPA). Including an area of 150 square meters outdoor and 30 square meters indoor.

We disassembled the adoption process and movement, and sorted out the basic flow of "arrival-meet-choose-sign-take pictures-leave". In this process of streamlining, there is a very critical point, which is to go from indoors to outdoors, and then walk back indoors from the outdoors after adoption; this time, the adopter has an extra puppy in his hands, the destiny of the puppy There has been a shift. This process is given the meaning of "rescue + return home" by me. This node is directly reflected in the moment of crossing indoors and outdoors. I think a design with a more graphic sense and image significance should be used to express and highlight this moment— —This is how the concept of revolving doors came about. After this revolving door, the adopted puppy found a warm home and became a " winner of dog life."

And another key node is the window sill at the door. This low window sill seems to be ordinary enough for people to rest at the entrance of a street coffee shop. In fact, I designed the position for successful adopters to take pictures with the puppy. The appearance of this scene encourages Intentional adoption clients coming later: "Look, the family in front is so happy, we have to find our love too!"

In contrast to this seemingly meaningful design, in fact, in order to save money and have an effect indoors, two pieces of 600X600 terrazzo bricks were directly attached to the wall to make a 1200-high wall skirt; at the same time, the varieties with larger patterns and dark colors were selected to form a strong Contrast to highlight the effect. Above the 1200 high wall skirt is
Insulation cork board. Anyone who knows design must know that cork board is cheap, a large roll of about one hundred dollars. But what I like more is that it is easy to nail all kinds of stickers and posters. Because when I visited the site for the first time, I found that the wall was covered with "Love Wall" stickers, which was too messy; with the cork board, no matter how messy it is, it will have a natural beauty.

In the design of the outdoor area, because of the requirement of "isolating the sight of other dogs", coupled with the nature of the temporary building and the limitation of the cost, I used 40X40 galvanized square pipes to create a "big cage" and used sunlight panels to hold Fixed around. The meaning of "big cage" perfectly fits the theme of "rescue + go home".

This large cage basically fills up the area for outdoor renovation design, like Foreign Material "embedded" between the two buildings before and after the base. But in aerial photography, its embedded form fits so perfectly, as if it grew out of nature. It is located in two outdoor areas with different height differences and contains 4 small trees. Architects always like to keep trees as the first option. In fact, this time is limited by the fact that the cost is not high and the trees cannot be moved. It is also the request of Teacher Du Fan.It is said that although these small trees are not big, they were planted by Teacher Du and volunteers when the base first moved.So sometimes what is retained is not the tree, but the emotion.

I used the side with many trees as an outdoor activity venue for the puppies to be adopted and the intended adopters to interact, and the other side was designed as a living kennel area. The kennel area needs shade and rain, so a 2-meter column net is used to support a 5-meter-high ceiling—with such a small column net size, it is limited by the 40X40 steel pipe section, and it is also a requirement for cost and ease of construction— —This small column net unit directly strengthens the thinness and lightness of the structure, and because of the small size of the plane, it strengthens the height of the facade, forming an unusual visual proportional relationship. This kind of modular unit and the extraordinary proportional relationship are what I have been thinking about in recent years, how to use the most basic design language to express the concept of sacredness.

There are four kennels, each 2m×3m, exactly six square meters. It reminds me of a "Lufang Tea Room" that I designed in 2016 with only six square meters-there is no need for Zen,most of them are based on functional considerations. For example, the opening of the glass is used for the puppy to smell the smell of the intended adopter, and the tacit understanding of taste is also very important. On the inclined side of the kennel, we designed a top-hung window, using the wind hooks of the wooden doors and windows of the old house when I was a child to open it. When the work was just completed, I joked to Teacher Du: "This 2X3X2 wooden house, if you don't arrange for dogs to live in, it's okay to turn it into a guest house."It's a joke, I think the next time I make a wooden house design inspiration will start from this land kennel.

On the other side of the activity area, the sky is open, leaving only a beam in the middle. It forms a contrast between sparse and dense with the kennel area. I set up a cross light belt under this beam, and under the beam that is perpendicular to this beam, which is regarded as a private item carried by the designer-I want to give the top a red cross shape. Although pointed out by a colleague, he did not understand my IDEA. Then I will treat it as the second Surprise of this project.(ps: I installed the light strips that the construction team bought more on the indoor ceiling-the one-shaped lights on the indoor ceiling strengthened the axis of the revolving door.)

In the first round of design of the project, we chose to use galvanized steel pipe itself without painting—because galvanizing itself is anti-corrosion—choose milky white sunshine board as the enclosure. In subsequent presentation, many parties felt that since this project is for public benefit, it needs more people to know about it and make it more recognizable, so in subsequent revisions, I changed the color to orange, and A "dog head" structure was added to the top,It does not mean to make this small building "like a dog", but to allow potential adopters and volunteers who come for the first time to see the base at the last bridge across the highway. The location of this base finally gave a brighter color to the "grey road" of the ten kilometers ahead. This orange has also become the color of the window sill at the door. It has also become the color of the transparent sun panel, which coats the interior and exterior with a layer of "golden" light.

Finally, I would like to thank Luhu A8 Design Center(A8DC), Animals Asia(AAF), and Wuhan Small Animal Protection Association(WSAPA): Thank you Liang Rui for bringing the two beautiful madam Ziluo and Nana to trust us, thank you for coordinating and communicating during the process of Yuyu beauty; thanks to Yadong The trust of the two beautiful madam SUKI and Wu Liping; thanks to teacher Du Fan for silently enduring the paranoia of our designer; also thanks to our partners who participated in this project, especially Xiaopang, Haiyang, and Longgong, who directly participated in the design of outdoor, Interior and structural design work; I would also like to thank Lu Zhou and Kong Fanyi for their support in the early stage; and also thank the construction manager of Datong Steel Structure Xu Chao, the team of the brand steward of the construction party. There are too many people to thank, thank you for all your contributions to the transformation of this base. 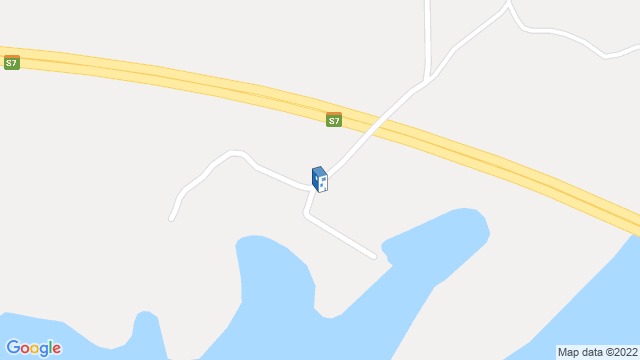 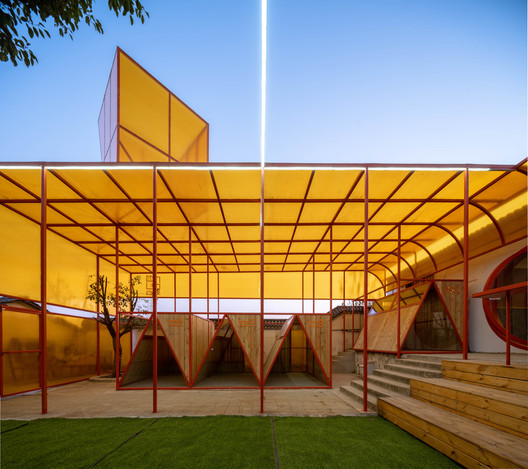