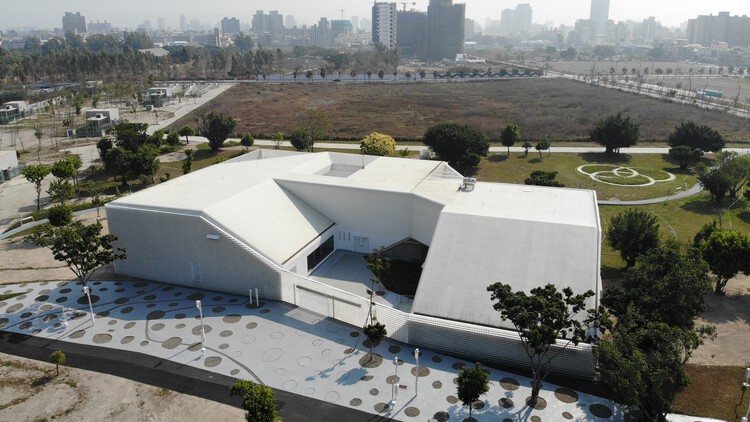 A master plan based on climate factors. The Central Park is a new 67-hectare public park built on the abandoned site of a former airport northwest of the center of Taichung, a city of 3 million people in central Taiwan. The park is at the heart of a new 256-hectare real estate development. It is a core of nature, planted with nearly 12,000 trees. Due to its topography, its valleys acting as retention basins, it also acts as a sponge for all the rainwater in the new district, preventing flooding and overloading the network. Taichung has a hot, humid, and polluted tropical climate. The ambition of the park is to offer cooler, drier, and less polluted places.

The formal strategy of the composition of the masterplan is based on climate, cartography, and design of the variations of heat, humidity, and air pollution, like three independent layers which, by superimposing themselves, invent a multitude of microclimates as so many variations of characters, ambiances, giving the aesthetic richness and the diversity of use of the park. The choice of the location of the trees and their species, the nature of the soils, the program, are guided by the climate. Thus, in the coolest places naturally, because they are the most exposed to the cold north wind, we amplify the forest cover to create shade, thus doubling their freshness.

The soils are rich in evaporating grasses or high albedo to amplify the coolness. In locations farthest from humidity sources, we amplify trees with floating roots to reduce their moisture content and the soils are chosen to be particularly draining. In areas far from roads, we increase the number of trees with hairy leaves to reduce air pollution. The program follows the climate: the less polluted areas are used for children's games, the drier areas for sports activities, and the cooler areas for various leisure programs. The identity of the places comes from the microclimates created.

Thus the coolest places are called Coolias, the driest Dryias, and the least polluted Clearias, which are distinguished by the predominance of a tree species. Tree planting follows a graded order of composition, from open field to dense forest, gradually amplifying the cooling, drying, and de-pollution effects. Paths follow the climate like isothermal lines. The Cool Path connects all the cooler parts of the park, the Dry Path the drier parts, and the Clear Path the least polluted parts.

Sensors measuring heat, humidity, and air pollution are placed every 50 meters. The data is then transcribed in the form of a map in real-time, accessible on a smartphone, showing the variations in climatic values throughout the park, making it possible to guide walkers. 10,000 m2 of photovoltaic panels placed like canopies above the park to the north and south, produce all the energy used in the park, which is thus totally carbon neutral.

Night lighting is dimmed as one moves further away from the roads and gradually shifts from white to orange to preserve the circadian biological cycles of the animals. Our intention is to offer the inhabitants of Taichung a comfortable natural place, encouraging outdoor activities, and the diversity of microclimates allows for use during the 12 months of the year and at any time of the day, between very hot and colder parts, open to everyone's free will. 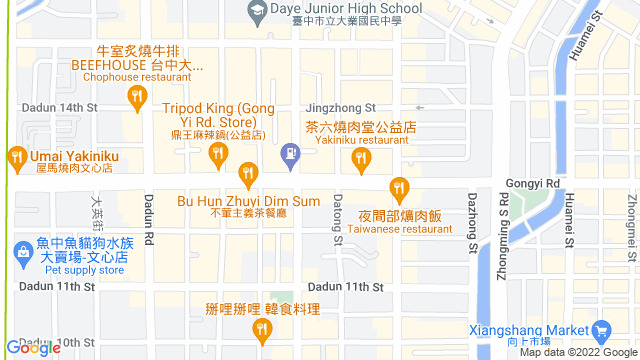 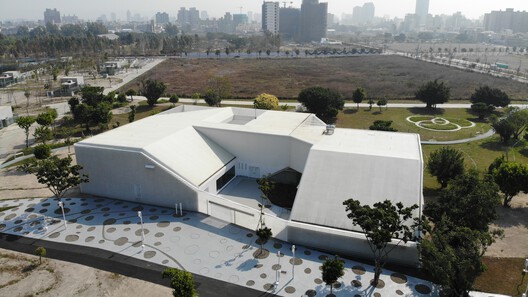