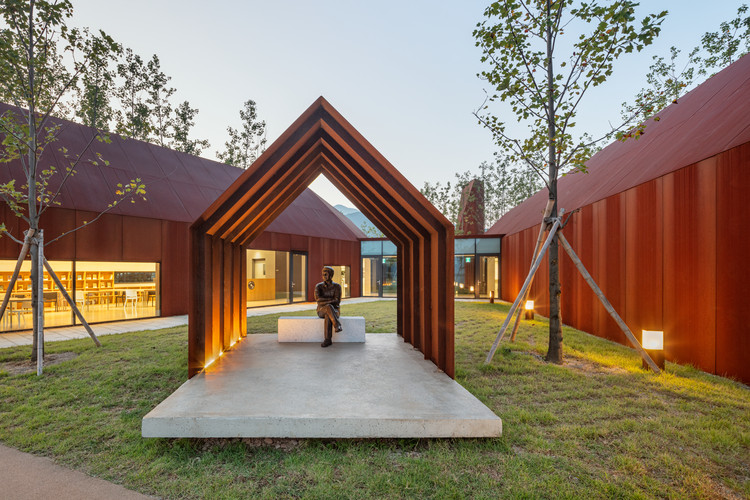 Text description provided by the architects. The Je Jung-Gu Community Center is a modest cultural space paying tribute to the life and legacy of the late human rights activist Je Jung-Gu. The Center, open to both residents and visitors, is located at a park bordering the Daega Reservoir in Goseong County, Sothern Gyeongsang Province. Mr. Je, a native of Goseong County, dedicated his life to advocating the human rights of the urban poor including their right to survival. He championed a communal life by practicing the values of living together and sharing as opposed to separation and ownership. More than anyone else, he appreciated the human dignity inherent to everyone. The center comprises twin single-story buildings. They feature gabled roofs, the most modest type of roof that befits an architecture commemorating a person who led a humble life.

The twin design of two identical buildings placed side by side embodies Mr. Je’s emphasis on solidarity. The space between the two buildings offers a mesmerizing view of the Reservoir in the background. The buildings house a lecture room, an exhibition hall, and a book café. The yard between the two buildings holds a pavilion which Mr. Jae liked using as a place for entertaining visitors, ensuring that individuals visiting the center feel personally welcomed. Near the entrance to the yard stands a meditation tower inviting visitors to join in Mr. Je’s yearning for a righteous world. Together, they all form a small communal village instead of being just a simple piece of architecture, with its natural surroundings building upon its allure.

The buildings are made of COR-TEN weathering steel. Over five years or so, the steel, left exposed to the elements, develops a rusty coating on its surface which protects the steel permanently. On top of savings on upkeep, the process of rusting with its change in color over time symbolizes the passage of time and makes the building appear as if it were alive, with the final reddish skin serving as a reminder of memory from times past.

The center is designed to be amidst a small grove of yellow poplar trees. For that purpose, 100 saplings were transplanted to form a dense grove as the building aged. In that sense, the center may also come to be called ‘Je Jung-Gu’s Grove’.

Throughout the grounds, statues of Mr. Je are situated to enable visitors to visualize him in various moments of daily activity - welcoming visitors, deep in prayer, and so on. The statues are the work of artist Lim Ok-Sang.

Though small as an architectural project, the Center has been designed to resonate the value of ‘greater freedom from not owning’ as was cherished by Mr. Je, thereby, exhorting them to reject material greed and embark on a new life of sharing in the celebration of human dignity. 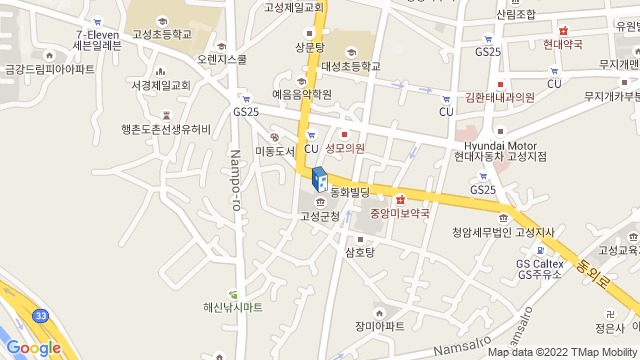 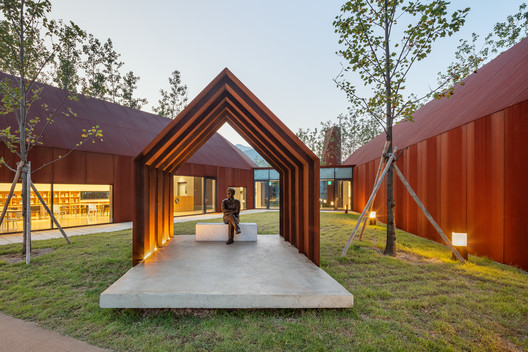