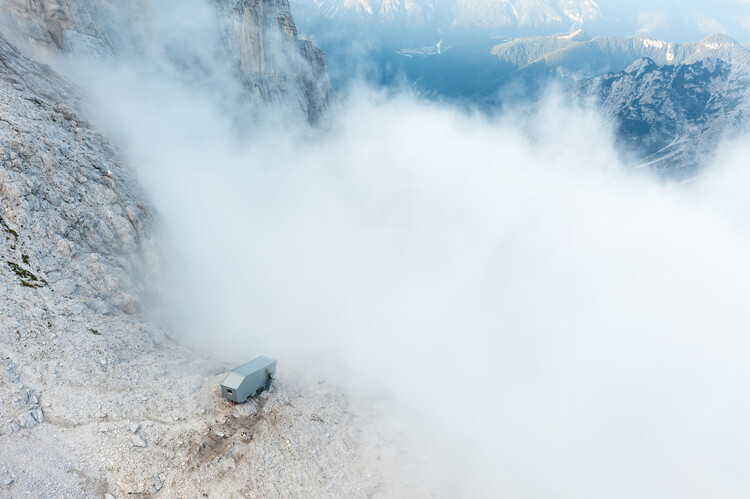 Text description provided by the architects. The Marmarole is a wild and inaccessible mountain range, the saddle where the project is located in a boundless space at 2667 meters above sea level, a context made of rock, light, wind, snow, and distances. High-altitude architecture takes on an extreme meaning, everything seems to expand in the perception of the extended space. Emotionally opposing instances emerge such as the desire to explore and move in this expanded space and the need to protect oneself and take refuge, the need to rediscover a human dimension.

The Bivouac Fanton is a project of proportions between absolute and measure, a minute work that finds its dimension in the possibility of perceptive amplification; living inside of it means placing oneself between the lenses of a telescope, it is the attempt to frame the space, to circumscribe it, making it a work of connection between man and the environment, to define a caesura capable of finding a temporary border to the landscape, a form of progressive compression of rocks, light, wind, and snow.

It is an unstable equilibrium, which is substantiated in the internal space of the project: a wooden belly that softens the impact of wild nature, then the glass fibre which thickens layer by layer, like a second skin that becomes shell and structure together. Externally, its formal appearance takes on the features of a rough-hewn volume suspended on a bristling cliff, awaiting body stretched out into the void, intent on opening a spatial dimension beyond its own internal geometry.

A volume defined by nature, an architecture characterized by a strongly inclined profile that adapts itself to the orography of the Marmarole. A section that maintains its strong value in the internal space, becoming its generating element, organizing the internal space upwards following it along the longitudinal axis, generating an axis that connects the site and the Auronzo valley.

Measuring oneself, measuring space, losing oneself, losing spatial dimension, finding one's own habitat, resisting, flexing, anchoring, varying perception, extending outside, tilting, reacting, accumulating dilations and contractions, allowing oneself to be transported, disappearing in the snow, being swept by the wind, adapting as a body subjected to high altitude, becoming architecture and ceasing to be it, crushed by the greatness of an absolute landscape. 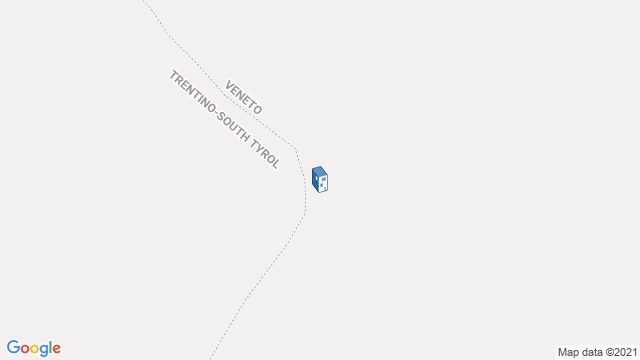 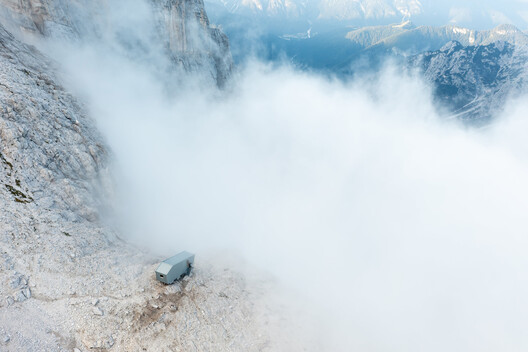