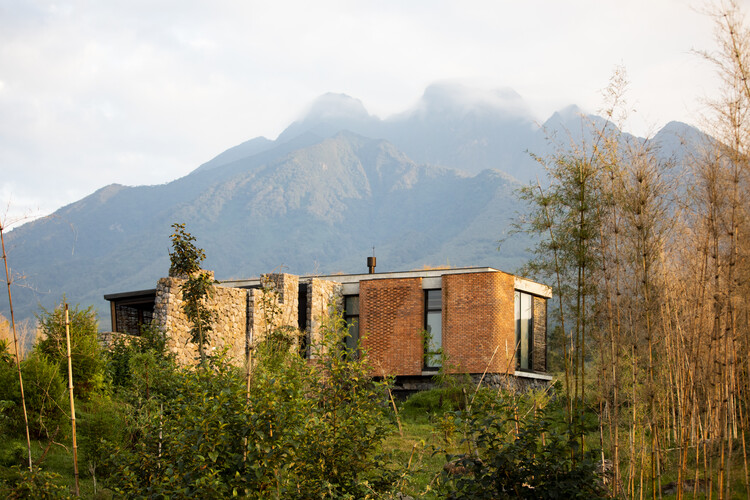 Text description provided by the architects. The extraordinary site is situated in the Volcanoes National Park in the northwest of Rwanda and borders the Virunga National Park in the Democratic Republic of Congo and the Mgahinga Gorilla National Park in Uganda. Home to five volcanoes and covered in rainforest and alpine bamboo forests, it is best known as the natural habitat for the critically endangered mountain gorilla.

Through a government-led initiative, impact investment and ecotourism have been identified as the cornerstone for a new era of conservation in Rwanda. In partnership with the Rwanda Development Board, the project was a bold undertaking by developers Milton Group and hospitality and conservation brand, Singita, to support the conservation of the legendary gorilla population and uplift the local economy.

The brief was clear - to design a lodge that embodied the spirit of Rwanda and captured the gentle humbleness of the place. Conceptualized by GAPP Architects and Urban Designers in collaboration with interior designers HK Studio and Cecile & Boyd, the lodge features eight luxury guest suites, while Kataza House is an exclusive four-suite Villa.

Scale and proportion were considered important devices used to prevent the new buildings from appearing diminutive next to the volcanoes. To this end, contrastingly vertical brick-pod elements offset the low-lying stone buildings. Over-scaled projecting windows allow for perfect framing of the volcanoes from all guest areas.

By promoting the use of locally available materials, the design aesthetic was inspired by traditional Rwandan architecture and a large percentage of the construction spend stayed within the local community. More than 500 local artisans and builders were involved in the project, crafting lava rock walls, impressive woven ceilings, and hand-fired terracotta brickwork pods, ensuring an authentic translation of local culture into key elements, while also adding a significant boost to local employment and businesses. Most gratifying & humbling was working together with the local craftsmen to produce extraordinarily innovative products from simple, locally sourced materials, and inspiring them to invent new techniques that were equally authentic, but with a more contemporary spin.

All parts of the project, including landscape, architecture, engineering, and interiors, were designed according to a strict set of eco-conscious building guidelines. A specialist consultant team with extensive experience in sustainable design applied the One Planet principles to reduce the environmental impact of the built environment. Through buildings that respond to the local climate, the design maximizes passive heating and cooling and reduces energy and water consumption.

As part of the commitment to rehabilitate the land, understanding and restoring the hydrological functions was critical. 250,000 plants were used in the reforestation program, and all were procured locally. A permanent nursery was also set up onsite for the duration of the construction program and to cater for future reforestation programs. 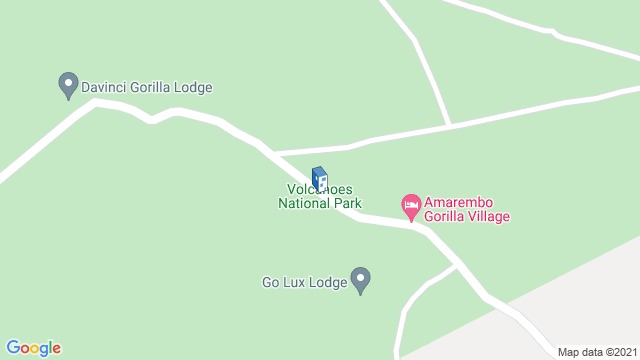