Save
Why Do Architects Insist on Using Flat Roofs?
Share
Or
Copy

It is a commonly held belief by non-architects (and even some architects) that gabled roofs are inherently better than flat ones. The argument typically goes that a gable demonstrates a ‘form follows function’ sensibility, easily shedding water and snow using geometry and gravity. So, flat roofs might leak. While that’s true, this video blows the roof off the topic by taking a finer look at some points that might change your mind. This includes Louis Sullivan’s original reason for writing the phrase “form ever follows function,” as well as the ability of flat roofs to offer outdoor public spaces, supporting green roofs, structural simplicity, wind considerations, among many others. There’s also another, competing functional/formal reason for why a low slope roof might be more prudent than a more aggressive slope, even in snowy areas like Chicago. 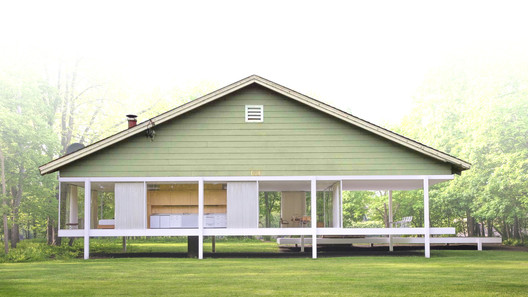