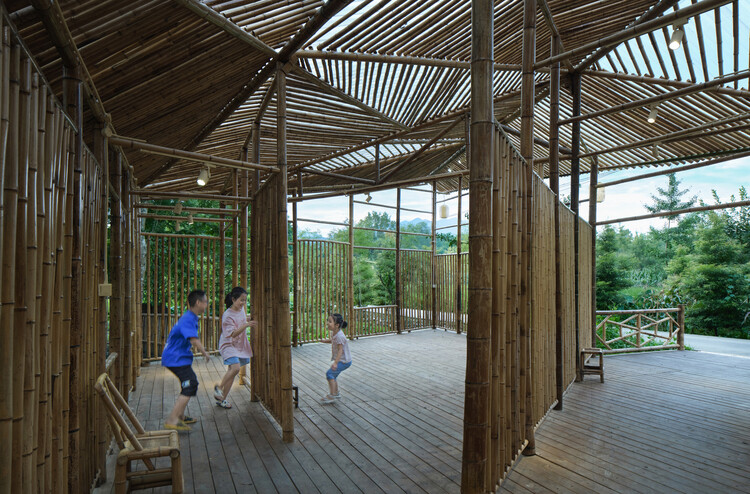 "Bamboo Linpan(Clusters of forests)" is the most traditional agricultural settlement on the western Sichuan plain, and it has lasted for thousands of years in Sichuan. Bamboo has been used to the fullest extent by the people in the rural “Linpan” settlements of western Sichuan, they consider this material as the essence of life. One of the Linpan's intangible cultural heritage - the 'Qingcheng Ma's chair' - is a synonym for the Ma family's handmade bamboo chairs, but with the rapid development of urbanisation and the impact of foreign cultures, this rural intangible cultural heritage is facing the fate of being lost, and it is urgent to save this traditional folk craft. Architect Liu Weibing, together with fellow Chengdu Minjian members Wu Weizhong and Deng Liang, volunteered to design and update the Qingcheng Ma's Chair Workshop. The newly built workshop, made entirely of handmade bamboo without a single nail, is an effort to promote the interaction between heritage preservation and life enhancement in the ancient village with non-heritage culture.

The project is located in the Ma family’s “Linpan” settlement in the quiet village of Mangcheng at the foot of the Qingcheng Mountains. The design is based on the workflow of the traditional Ma's chair family handicraft workshop, and a new concept is developed to change the single production mode of "living - working - selling" into a diversified model of ”living - working - experiencing - visiting - relaxing - consuming” which would serve as a cultural and creative consumer scene. The workshop area is divided into three non-interfering buildings according to the traditional Ma's chair making process: the bamboo material storage (stacking and rough processing); the workshop (making and experiencing); and the tea shop (resting and drinking tea).

The designers asked the question "How does Linpan exist in contemporary times?“ The question was asked and it was decided that all the buildings would be renovated and built using local bamboo. The bamboo material was selected from the Qingcheng Mountains, grown at an altitude of 1000m above sea level. The building is made by Ma Zehong and his family, who are the village's intangible cultural heritage craftsmen, and is made entirely by hand with mortise and tenon joints, which is a good example of the sustainability of contemporary ecological architecture.

Next to the three-way intersection into the Ma family's Linpan, is the original small bamboo material storage room. By lengthening, layering, and adding bamboo grilles, the designers have given the small bamboo house a sense of rhythm and a sense of ritual to the artisanal creation. In the forest clearing, more than 10 metres from the workshop, the tea shop is constructed in a minimalist manner using bamboo in the form of a long traditional screen, which blends well into the forest setting and was achieved within a very limited budget.

The three structures of the Qingcheng Ma's Chair Workshop are all made of bamboo poles of different diameters, mortised and tenoned together. Depending on the function of the building, the roofing is different: the bamboo processing workshop and the tea lounge are covered with bamboo panels, while the exhibition hall is covered with semi-translucent polyester sheets.

The Qingcheng Ma's Chair Workshop fully embodies the 'unity of heaven and man' attitude to life in the western Sichuan Linpan. The unobstructed fresh air flow from the mountains through the Qingcheng Ma Chair Workshop, and the slow movement of light and shadow throughout the interior, allude to the idea of "living in the immortal countryside". 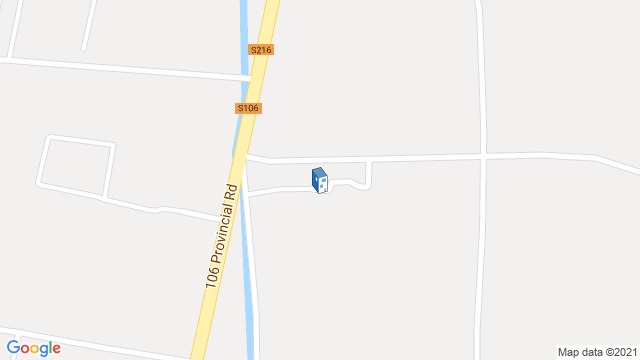 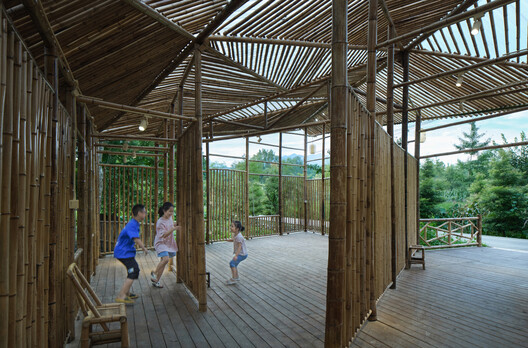