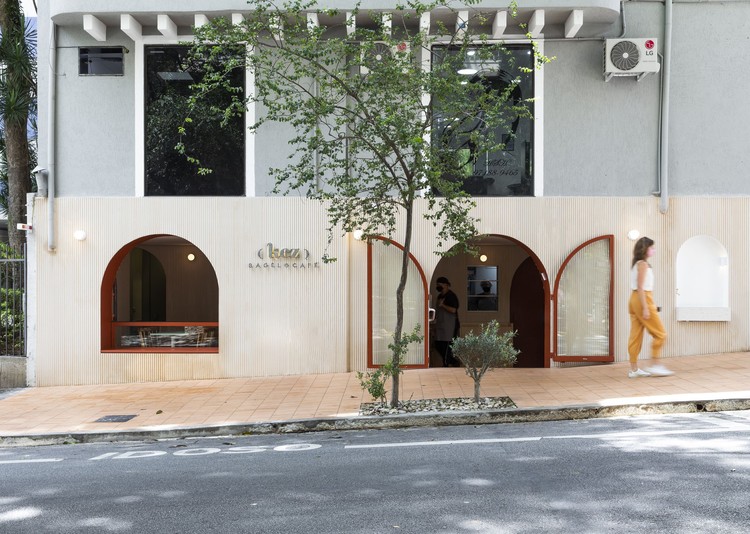 Text description provided by the architects. Across the times: to bring up old-age architectural elements, redefining handcrafted techniques.

Kez Bagel already had as a brand reference the historic city of Jerusalem  - so we did a survey of its vernacular buildings over time and chose two main elements to explore: the materiality of the stones and the shape of the arches. The stones appear in the texture of the internal walls and facade, and also in terrazzo elements. The arches form the passages from one space to another.

The deli already had in its identity some colors that we chose to keep, but we took the freedom to apply them to new materials. The predominant beige shows up in the texture of the walls and countertops; the green, on the tables and in the toilet; and the gold stands out subtly in the lighting and metal details. We added a complementary earthy palette that takes place on the ceramic floor and in the terracotta colour of the door and window arches.

Our main challenge was to distinguish the store facade from the existing building. In addition to the choice of materials, the shape of the arches stands out as a solution that highlights it.

The process of solving the wall texture was worth mentioning. Initially, we researched how it could be done, what tools were needed, etc. but the solution only came out during its construction by the worker's know-how. They made the tools used for carving the texture manually. Together, we made some prototypes and samples until we reached the aimed surface.

Higienópolis is a dense neighbourhood in the city of São Paulo, with an enormous architectural assemblage of historical modernist buildings. Besides, sidewalks are always busy. In this context, it seemed interesting to create a direct relationship between the restaurant interiors and the street. So, we designed the external facade and sidewalk with the same materials used inside the restaurant. This way, it brings up the pedestrian's attention and puts Kez in the center of the neighbourhood's lively urban scene. 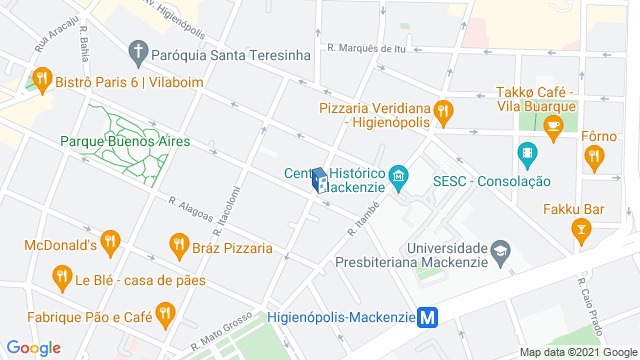